A reader suggested recently that I trim the size of my Notebook to make room in the magazine for more poetry. “Does he really think strangers want to know,” she wrote, “whether he slept with his cat or his wife last night or what the weather is like outside his window?” But maybe she’d appreciate a story about someone else’s cat:

Holly, a four-year-old tortoiseshell, got lost on a family outing nearly two hundred miles from home. Two months later she found her way back to West Palm Beach, Florida, where her owners lived. She was weak, the pads on her feet were bleeding, and her weight had dropped from thirteen to seven pounds. According to The New York Times, scientists can’t explain how a cat can manage such a spectacular feat of navigation, but, as a letter writer to the newspaper observed, “Cats were not put here to be understood. They were put here to remind us there are mysteries that all the science in the world will not ever explain. This is what I learned during many years in veterinary medicine.”

Well, I’m not sure cats were put here to remind us of anything. I wonder if we were put here to remind cats that their keen intelligence and powerful emotional intuition can explain only so much about a bewildering species that walks on two legs; has little body hair, virtually no sense of smell, and, even more striking, no tail; and has managed to overpopulate the planet even though the females have merely two mammary glands, not eight. Cats know, of course, that it’s foolish to generalize about humans, that each of us has a distinctive personality, and that we can be completely unpredictable — by turns violent and tender, sometimes sensitive to a cat’s needs and sometimes utterly indifferent, not only to cats but to every other species on the planet. But, let’s face it, we can also be endlessly amusing — in our pursuit of wealth, for example, or in our mating rituals, or in the puzzling way we organize ourselves into so-called nation-states and celebrate how different we are from one another. Regrettably this often leads to eruptions of violence in which humans savagely slaughter countless others of their own kind. Why? Not even humans seem to understand why.

I’m looking at today’s impossibly long to-do list. To accomplish everything on it will take more than twenty-four hours. To not accomplish everything will leave me ill-prepared to leave town tomorrow. So here I sit, contemplating my dilemma. If the president calls, I’ll have to let the answering machine get it. If the Heavenly Host descends to do battle with Satan’s minions, I won’t be able to grab my sword and join the fray. I’m sorry, Lord, but I don’t have time today to worry about the nonstop war between good and evil. I’m just one of your humble servants with too much already on his plate.

In this realm, at least, Busyness reigns supreme, stronger than any sovereign nation, mightier than any religion. Busyness bosses around the rich as well as the poor, infiltrates our psyche with a never-ending list of things to do — not tomorrow but today, not later but now. Time off for good behavior? What a joke. The more we get done, the more people seem to depend on us to stay busy, busy, busy. Or so I’ve convinced myself, the indoctrination complete. Busyness needs no standing armies to rule the world. It only needs to whisper in my ear.

What if God applied for a job at The Sun? What a nightmare that would be. For one, we’d have to make it clear from the outset that we have other strong candidates, and that God shouldn’t assume that He or She is a shoo-in. For another, we’d have to be especially careful not to ask any illegal questions during the interview, such as God’s age, whether God is pregnant, and what religion God is. (Maybe we can get around it by asking if God, like most of us, worships mainly Himself or Herself.) Also, if The Sun’s proofreading test is as challenging for the Almighty as it has been for everyone else who’s taken it, I wonder if God will tell us that the misspelled word, the misplaced comma, the stray bullet, the school bus plunging off the side of the mountain were all part of God’s plan.

Probably I shouldn’t joke about this. Perhaps I imagine that the King of Kings has a soft spot for Jewish wiseguys, though history would suggest the opposite. Then again, I believe in a God who doesn’t always get it right. Otherwise how could we have been created in God’s image? I believe in a God who makes colossal blunders; surely each day’s headlines are evidence of that. And maybe I’m being presumptuous here, Lord, but I suspect that you try to learn from your mistakes, just as we mere humans try to do, day in and day out, bloody century after bloody century, realizing that the last war we fought may not have been all that necessary, and the lovers whose hearts we broke never did anything to deserve it, and the time we wasted and the money we squandered and the untold suffering we created for numberless beings — well, what can I say? Maybe we got the God we deserve, and you, Lord, got the humans you deserve.

I dreamt that I ran into a friend on his way to visit his guru. He asked me to accompany him, and I agreed. When we arrived at the guru’s modest compound, we were told to sit on some straw mats near an altar and wait. My friend and I chatted for a few minutes. Then I noticed a magnificent long-haired cat sitting on a ledge above us. I glanced at my friend, who returned my gaze with a smile. So the cat was the guru! The cat asked if I was surprised. Not really, I said. You’re not the first cat I’ve met who’s a great teacher. 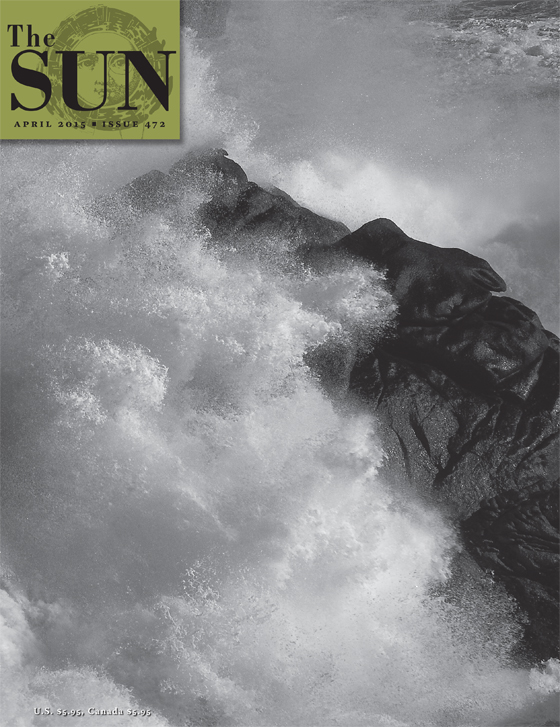 The Endless Soliloquy Of The Interior Paramour

The Molotov Cocktail Of The Imagination

David Mason On The Power Of Poetry