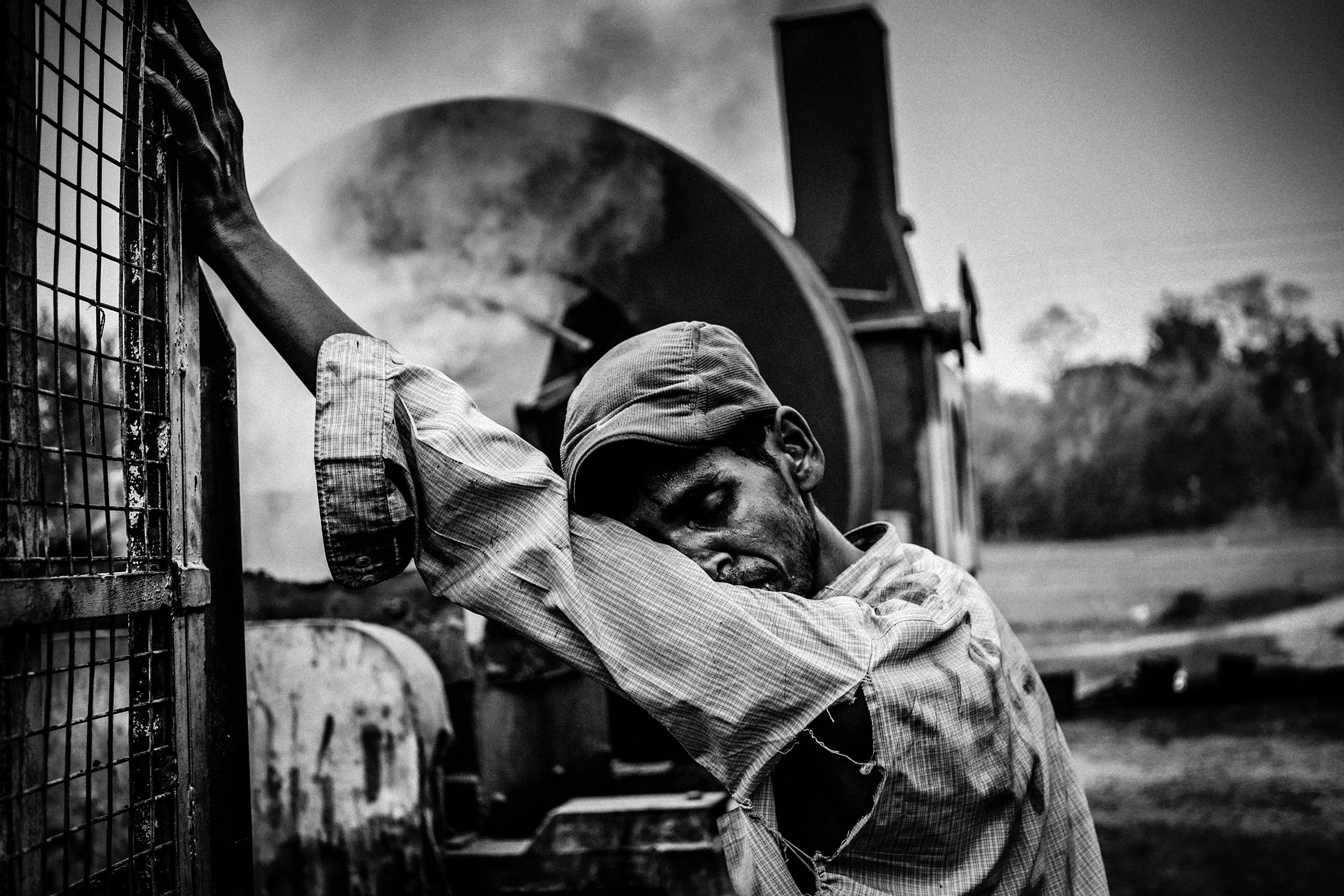 Amlan Sanyal took these photographs at a road-construction site on the outskirts of his hometown of Siliguri in West Bengal, India, near the foothills of the Himalayas. He says the workers, mostly migrants from remote villages, are often exposed to hazardous materials and run an increased risk of respiratory problems, dermatitis, gastrointestinal diseases, and other disorders. There is heavy machinery involved, but much of the toil is still done with hand tools and requires tremendous strength and stamina. If laborers get sick or injured, they lose their jobs. “Our body is our only asset,” says Sukdeo Murmu, age sixty.

The increasing number of cars in India has created the demand for new roads. Though the pay for the road crew is better than at a nearby tea plantation, it is still meager: around three dollars a day — even less for women, who sometimes must bring their children to the job site due to lack of childcare. Asked why they are willing to work for such low pay, Murmu says, “It’s about the stomach. What can we do?”

As a workers’ compensation lawyer, I appreciated Amlan Sanyal’s photo essay “Three Dollars a Day” [December 2016]. It brought back memories of my grandfather, a coal miner who worked for a dollar a day in deplorable conditions in Oklahoma and Pennsylvania. These people are the heroes of labor.

Patrick Vitullo Havertown, Pennsylvania
More Letters
What Do You Think? We love getting letters to the editor for our Correspondence section.
Has something we published moved you? Fired you up? Did we miss the mark?
Send A Letter 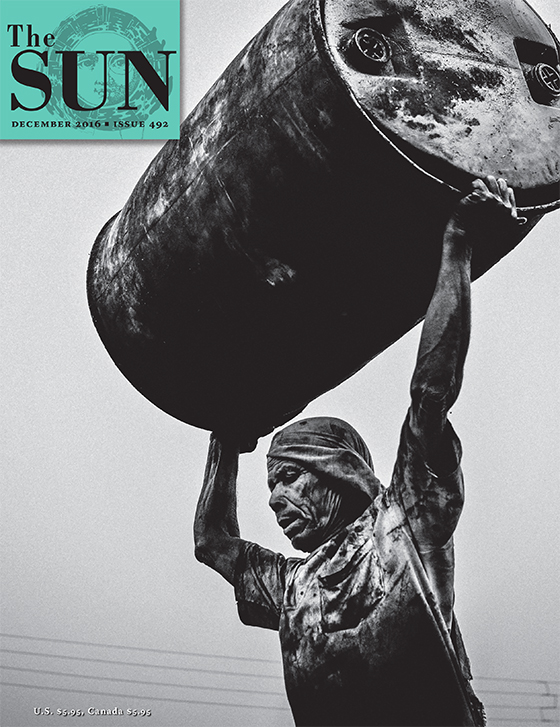