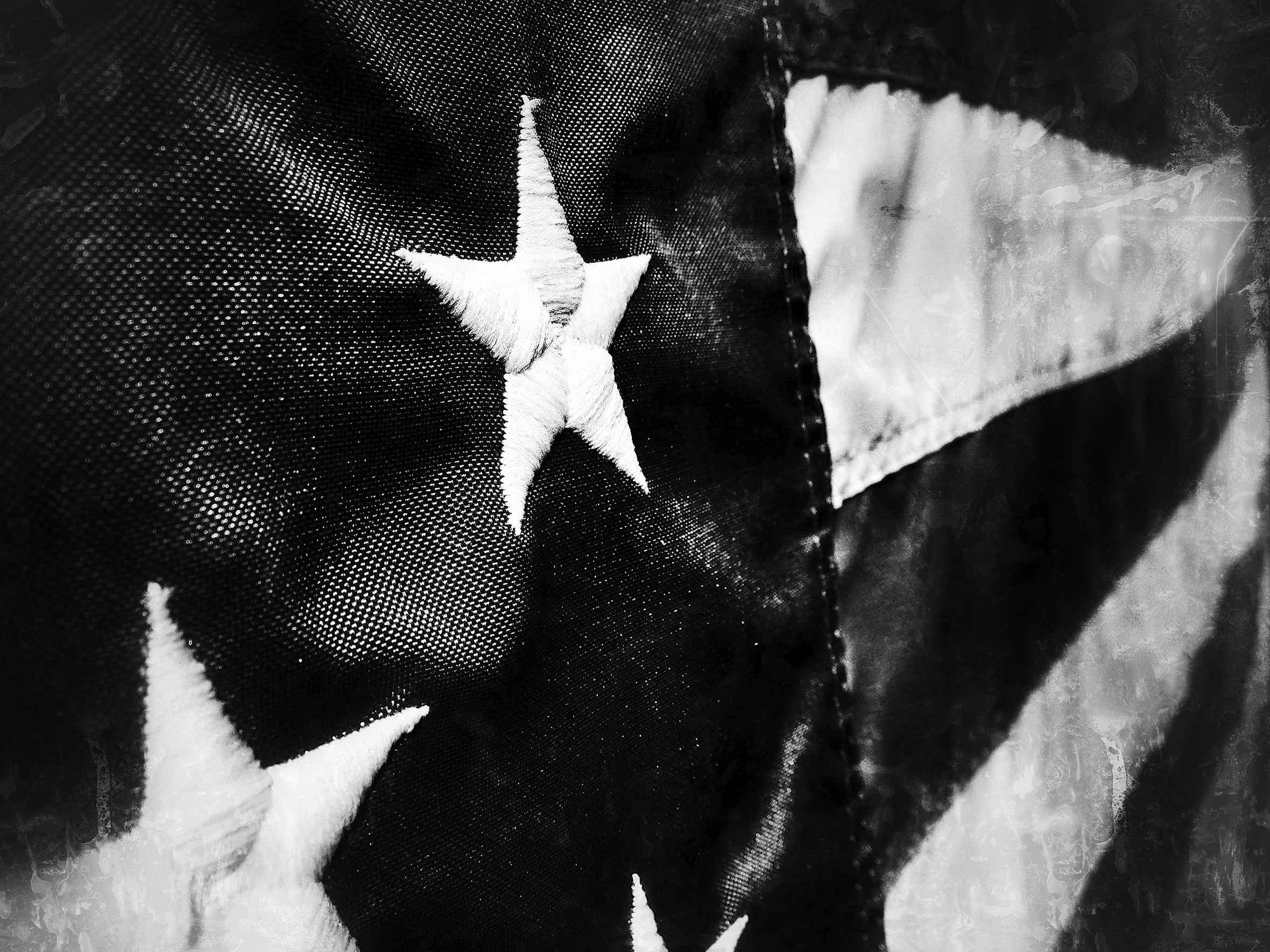 A Politics Of Hope

In July 2004, when the country was embroiled in two wars and facing the possibility of more terror attacks, a young Illinois state senator named Barack Obama gave the keynote address at the Democratic National Convention in Boston. The presidential candidate being nominated, John Kerry, would go on to lose the race, but the speech captured the attention of the country. “Hope” would become the theme of Obama’s own campaign in 2008.

Obama has now served two terms as president. As his time in office comes to an end and the political pendulum swings back once more, we are reminded of his 2004 speech. We offer it here, slightly abridged to focus less on the Democratic candidate and the wars in Iraq and Afghanistan and more on Obama’s central message: that America is a land of promise, and it’s our responsibility as citizens to keep that promise.

On behalf of the great state of Illinois, crossroads of a nation, land of Lincoln, let me express my deepest gratitude for the privilege of addressing this convention. Tonight is a particular honor for me because, let’s face it, my presence on this stage is pretty unlikely. My father was a foreign student, born and raised in a small village in Kenya. He grew up herding goats, went to school in a tin-roof shack. His father, my grandfather, was a cook, a domestic servant to the British.

But my grandfather had larger dreams for his son. Through hard work and perseverance my father got a scholarship to study in a magical place, America, that shone as a beacon of freedom and opportunity to so many who had come before. While studying here, my father met my mother. She was born in a town on the other side of the world, in Kansas. Her father worked on oil rigs and farms through most of the Depression. The day after Pearl Harbor my grandfather signed up for duty, joined Patton’s army, marched across Europe. Back home, my grandmother raised a baby and went to work on a bomber assembly line. After the war, they studied on the GI Bill, bought a house through FHA [Federal Housing Administration], and later moved west — all the way to Hawaii — in search of opportunity. And they, too, had big dreams for their daughter, a common dream, born of two continents.

My parents shared not only an improbable love; they shared an abiding faith in the possibilities of this nation. They would give me an African name, Barack, or “blessed,” believing that in a tolerant America your name is no barrier to success. They imagined me going to the best schools in the land, even though they weren’t rich, because in a generous America you don’t have to be rich to achieve your potential. They are both passed away now. And yet I know that on this night, they look down on me with great pride.

They stand here, and I stand here today, grateful for the diversity of my heritage, aware that my parents’ dreams live on in my two precious daughters. I stand here knowing that my story is part of the larger American story, that I owe a debt to all of those who came before me, and that in no other country on earth is my story even possible. Tonight we gather to affirm the greatness of our nation, not because of the height of our skyscrapers, or the power of our military, or the size of our economy. Our pride is based on a very simple premise, summed up in a declaration made over two hundred years ago: “We hold these truths to be self-evident, that all men are created equal. That they are endowed by their Creator with certain inalienable rights. That among these are life, liberty, and the pursuit of happiness.”

That is the true genius of America, a faith in simple dreams, an insistence on small miracles. That we can tuck in our children at night and know that they are fed and clothed and safe from harm. That we can say what we think, write what we think, without hearing a sudden knock on the door. That we can have an idea and start our own business without paying a bribe. That we can participate in the political process without fear of retribution, and that our votes will be counted — at least, most of the time. [A reference to the U.S. Supreme Court’s decision to stop the Florida recount in 2000. — Ed.]

This year, in this election, we are called to reaffirm our values and our commitments, to hold them against a hard reality and see how we are measuring up to the legacy of our forebears and the promise of future generations. And fellow Americans — Democrats, Republicans, Independents — I say to you tonight: We have more work to do. More work to do for the workers I met in Galesburg, Illinois, who are losing their union jobs at the Maytag plant that’s moving to Mexico, and now are having to compete with their own children for jobs that pay seven bucks an hour. More to do for the father that I met who was losing his job and choking back the tears, wondering how he would pay $4,500 a month for the drugs his son needs without the health benefits that he counted on. More to do for the young woman in East St. Louis, and thousands more like her, who has the grades, has the drive, has the will, but doesn’t have the money to go to college.

Now, don’t get me wrong. The people I meet in small towns and big cities, in diners and office parks, they don’t expect government to solve all their problems. They know they have to work hard to get ahead, and they want to. Go into the collar counties around Chicago, and people will tell you they don’t want their tax money wasted by a welfare agency or by the Pentagon. Go into any inner-city neighborhood, and folks will tell you that government alone can’t teach our kids to learn. They know that parents have to teach, that children can’t achieve unless we raise their expectations and turn off the television sets and eradicate the slander that says a black youth with a book is acting white. They know those things. People don’t expect government to solve all their problems. But they sense, deep in their bones, that with just a slight change in priorities, we can make sure that every child in America has a decent shot at life, and that the doors of opportunity remain open to all. They know we can do better.

. . . It’s not enough for just some of us to prosper. For alongside our famous individualism, there’s another ingredient in the American saga: a belief that we’re all connected as one people. If there’s a child on the South Side of Chicago who can’t read, that matters to me, even if it’s not my child. If there’s a senior citizen somewhere who can’t pay for their prescription drugs and [is] having to choose between medicine and the rent, that makes my life poorer, even if it’s not my grandparent. If there’s an Arab American family being rounded up without benefit of an attorney or due process, that threatens my civil liberties. It is that fundamental belief — I am my brother’s keeper, I am my sister’s keeper — that makes this country work. It’s what allows us to pursue our individual dreams, and yet still come together as one American family. “E pluribus unum.” Out of many, one.

Now, even as we speak, there are those who are preparing to divide us: the spin masters, the negative-ad peddlers who embrace the politics of anything goes. Well, I say to them tonight, there is not a liberal America and a conservative America; there is the United States of America. There is not a black America and white America and Latino America and Asian America; there is the United States of America. The pundits like to slice and dice our country into Red States and Blue States; Red States for Republicans, Blue States for Democrats. But I’ve got news for them, too. We worship an awesome God in the Blue States, and we don’t like federal agents poking around in our libraries in the Red States. We coach Little League in the Blue States, and, yes, we’ve got some gay friends in the Red States. There are patriots who opposed the war in Iraq, and there are patriots who supported the war in Iraq. We are one people, all of us pledging allegiance to the stars and stripes, all of us defending the United States of America.

In the end, that’s what this election is about. Do we participate in a politics of cynicism or do we participate in a politics of hope? . . . I’m not talking about blind optimism here — the almost willful ignorance that thinks unemployment will go away if we just don’t think about it, or the healthcare crisis will solve itself if we just ignore it. That’s not what I’m talking about. I’m talking about something more substantial. It’s the hope of slaves sitting around a fire singing freedom songs; the hope of immigrants setting out for distant shores; . . . the hope of a skinny kid with a funny name who believes that America has a place for him, too. Hope in the face of difficulty. Hope in the face of uncertainty. The audacity of hope!

In the end, that is God’s greatest gift to us, the bedrock of this nation: a belief in things not seen; a belief that there are better days ahead. I believe that we can give our middle class relief and provide working families with a road to opportunity. I believe we can provide jobs to the jobless, homes to the homeless, and reclaim young people in cities across America from violence and despair. I believe that we have a righteous wind at our backs and that as we stand on the crossroads of history, we can make the right choices and meet the challenges that face us.

I’m behind on my reading, so I didn’t open my January 2017 issue until the day of the presidential inauguration. Reading Barack Obama’s “A Politics of Hope” speech had a curious effect on me: instead of watching the inauguration, I dressed in black and started drinking.

When I finished your January issue, I picked up my checkbook and made a donation on top of my annual subscription. Thank you for every piece of it, from the reprint of Barack Obama’s 2004 speech to the Democratic National Convention (just at the right time!), to Christine Byl’s tender interview with Eva Saulitis, to the raw and candid essay by Connie May Fowler that reminded me of my own childhood [“The Edge of the World”], to the short piece by Sparrow [“My Jets Cap”], to the exquisite poem “Wanting,” by Mark Smith-Soto. I needed all of this to keep me stable in a month of turmoil and discouragement.

S. Kay Murphy Calimesa, California
More Letters
Thank You Your donations helped to keep our ad-free, nonprofit magazine in circulation last year, funding everything from production to distribution. Learn how you made a difference last year. Learn More 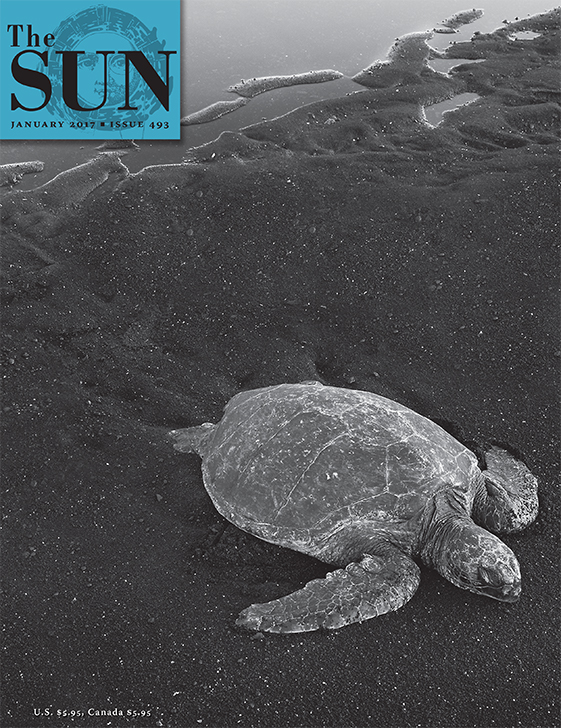