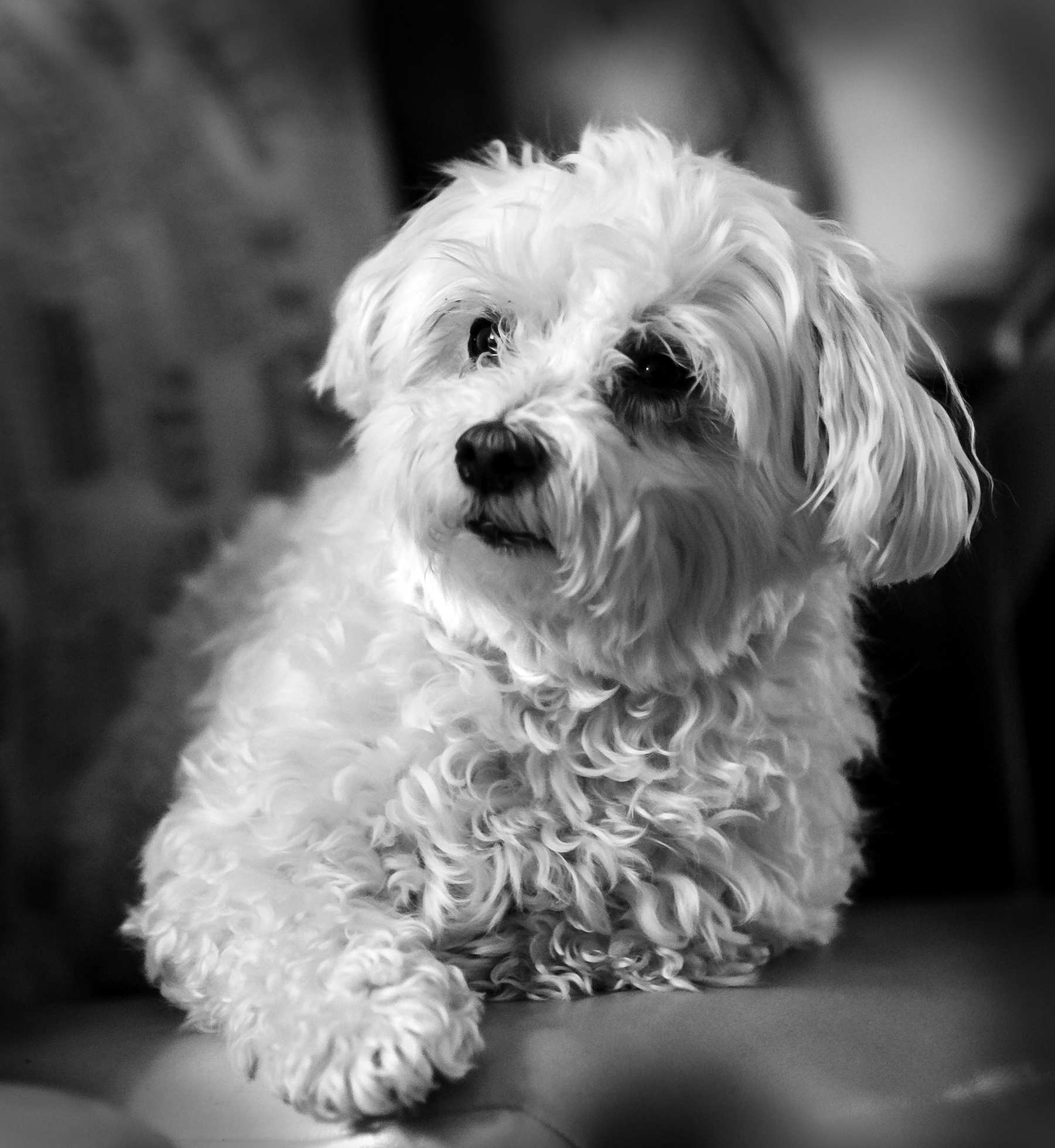 The goat became my charge during my third week in rehab. My counselor, Victoria, suggested I browse the stuffed-animal collection at the clinic gift shop and select one to represent my inner child. “Care for it,” she told me. “Keep it safe. Treat your inner child as you would a baby bird that’s fallen out of its nest.” She cupped her hands, as if to cradle a tiny chick.

The back corner of the clinic gift shop overflowed with stuffed toys to choose from: terry-cloth rabbits, deer with stiff legs, a brown-and-yellow duckling. I picked up the baby duck and gave it a squeeze. I looked into its button eyes. I tried to imagine myself, grown strong and capable, soaring high above the stagnant ponds and muck below. But I couldn’t see it. I was a land animal. Maybe lower, beneath the soil. I looked to see if they had any furry grubs or parasites. That’s when I saw the goat slouched at the back of the shelf. It was ridiculous and nothing like a baby bird, with its sagging potbelly and clumsy limbs filled with beans. A bleating, absurd trash eater. Yes. This animal was me.

Victoria told me my challenge was to tend to this stuffed goat with more care than I had shown myself. Easy, I said: Don’t feed it booze and pills. Don’t let it go home with strange men. There. I had aced treatment.

Victoria rolled her eyes. “It’s a symbol. It’s supposed to remind you not to abandon yourself.”

Abandonment. I’d heard that word over and over during my twenty-eight days. According to Victoria I’d been constantly abandoning myself: every time I took a drink, every time I bowed to my boyfriend’s twisted desires, every time I popped a pill, I’d been psychologically swaddling my inner child in a trash bag and dropping her in a dumpster. I wished Victoria had asked me to treat the goat as though it were my own child and not my inner child. The reason I was in rehab was because I didn’t really give a damn about myself. I was fiercely protective of my family and friends, but me? Eh.

It was not due to lack of love from others that I felt this way. When your parents are seated across from you in treatment, asking what they did wrong, it’s difficult to explain that the answer is nothing. There has never been a moment in my life when I didn’t know I was loved, but this wasn’t enough to keep me safe, or to keep me from lying to the doctor about a “lost” Vicodin prescription, or to keep me from splitting my boyfriend’s lip. It couldn’t keep the door locked when my roommate’s guest walked into my bedroom with his pants unzipped, yanked me up by my hair, and pushed my lips apart with his erection. It couldn’t ward off the day when I’d stood naked before a rehab nurse with my arms raised as she’d studied my nails, my breasts, my thighs, the webbing between my fingers for signs of self-harm. It couldn’t make me leave the boyfriend who told me guys weren’t supposed to fall in love with girls like me, just fuck them. It couldn’t make me love myself.

After I was discharged, I moved to Chicago to be near my family — and far from my boyfriend. I brought the goat and read it affirmations I only half believed. I quit drinking. I refused drugs. I felt the same. So I got a dog.

Peanut was a spirited little pup. She had a sweet, inquisitive face and clean white fur with an apricot stripe down her back. She could have had her pick of suitors at the dog park, but whenever one of them initiated an introductory rump sniff, she quickly sat down. Her dance card, I soon discovered, was full.

I found them in the bedroom: my dog and my stuffed therapy animal. Peanut had the goat propped against her dog bed, its forelegs flung wide. She was panting, unaware of my presence, her paws clutching the goat’s throat while it stared straight ahead. She had been intimate with a small purple elephant in the past but had since disemboweled it and silenced its squeaker. Now that she was fully grown — an impressive nine pounds — the goat was just her size.

Peanut looked up but kept humping, her hips seeming to act independently of the rest of her body.

I yanked the goat from her grasp. “No, God damn it!” I shook the toy at her. Her black eyes followed me as I placed it high on my dresser, out of her reach. “Do not hump the goat. Find something else.”

But Peanut wanted the goat — not my leg, not a different stuffed animal, not the willing pups at the park. Worried, I asked the vet if mounting was normal behavior for a spayed female dog. “Sure,” she said. “It still feels good.”

I sometimes slept with the goat in the crook of my arm and forgot to return it to its high perch before I left the apartment. I would come home to find it sprawled on the couch or arranged at the proper hump angle on a pillow, looking like a crime victim. After a while I didn’t want to touch it anymore. Its fur was matted and dark around its fat belly. When I had visitors, I advised them not to pick it up.

My inability to keep my therapy animal safe did not bode well for my sobriety. I’d abandoned my goat, abandoned my inner child; it was only a matter of time before some problem I faced grew as persistent as Peanut was with the goat. Then what? Addiction would return to gather me tightly in its embrace, and I would be fucked all over again.

I waited for this to happen. And while I waited, I took Peanut on two-hour walks along the lake. She slept with me at night, stretching her body along the length of my torso, her head resting on my arm. When she got excited, she loped in wide circles, emitting high, demonic noises like a record played backward. She was inquisitive and smart — she learned to turn in a pirouette and roll over by watching other dogs perform for treats. When I read in bed, she stood on my chest and pushed my book up with her nose, creeping underneath to lick my face.

Maybe my failure to protect the goat hadn’t been a failure at all. Instead of trying to force myself to love my inner child, maybe I just needed to let go. I surrendered to the fact that I was powerless — over Peanut and the goat, over what had happened to me in the past, over drugs and drinking and the man I loved who told me I wasn’t deserving of love, from him or anyone else. I stopped trying to love myself. Instead I loved Peanut.

I began to understand something that had happened a few days before I’d gone to rehab: My dad had driven me to see my therapist. We were early and sat in the car outside her house. He stared through the windshield. “If you had died,” he said, and then turned to me, circling my wrist with his big hand, “I would have kept living. But without you there would be no music. There would be nothing. You think you know how much we love you, but you don’t.”

He began to cry. I cried, too, the strap of my seat belt cutting into my shoulder as I reached to hug him.

I will probably never love myself as much as my parents love me. But now that I’m in recovery, I can at least treat myself with some kindness. I have to, for Peanut. I have to stay sober and free of toxic relationships so I can care for her. I have to stay employed and well so I can walk her and buy her food and pay the vet. I have to keep myself alive so she will not be alone. My devotion to her well-being has become a devotion to my own well-being, too.

Last month I was awakened in the middle of the night by the sound of Peanut launching herself off the bed. I followed her scrabbling nails into the bathroom, where she vomited behind the toilet. It was the first time she’d been really sick, and I didn’t know how to help her. I held her feverish little body while she whined. She looked up at me with her round black eyes, and I thought: I will do anything.

Years Later, I Go Back To Thank You