Research shows that cops actually make decisions with less subliminal racial bias than ordinary citizens do. The overt racists are a tiny part of the force. The real problem is when the police aren’t fluent in a culture. If you put me in the Samoan part of town, I won’t know how to read those people. For many underclass African American males, life is a fight, so the way they say hello may be combative, and that scares white rookie cops who’ve never been in a black community. There are middle-class black cops who don’t know how to read underclass African Americans either. They can’t tell what’s a real threat. The LAPD puts these rookies in South LA, where they shoot at anything that moves. It’s all upside down. The least-experienced officers are in the most-dangerous positions, while the seasoned, mature officers on the force don’t go out in the field. They go home at 5 PM in their company cars.

“Both Sides of the Street,” Connie Rice, interviewed by Diane Lefer, April 2008

I ’ve never, as an adult, driven past a car that’s been pulled over without looking to see the race of its occupants. Part of every black child’s education includes learning how to deal with the police so he or she won’t be locked up or hurt or even killed. Despite my advanced degrees and my light-brown skin, I’ve had police take me out of my vehicle, threaten to bring in the dogs, and summon another two or three cars. But I’ve never been thrown facedown in the street or physically brutalized by the cops, as some of my black friends have. I’ve never been taken away for a few hours or days on account of “mistaken identity.” All in all, this traffic stop the other night amounted to nothing. It was so nothing, in fact — so everyday, so known, so agreed upon, so understood — that I am embarrassed, ashamed even, by the scale of my upset, by the way this nonevent took up residence in my body and wrung me out like a rag. I didn’t even get a ticket, after all. . . . Given what could’ve happened, I ought to be glad, right? I ought to get over it.

The vast majority of people who are incarcerated aren’t in for murder, or child molestation, or any of the other “worst of the worst” offenses. Only about 7 percent have been convicted of killing someone. Are they, then, the truly dangerous people? Or are they individuals who, in desperate circumstances, did something horrifyingly violent for a wide range of often-overlapping reasons: money, anger, mental illness, fear, systemic racism, homophobia, addiction? Few of us know what we’re capable of under extreme duress. It’s a reassuring fallacy to think that we can just lock up the people we think of as “truly violent” and not address the roots of violence.

The sixties brought the civil-rights movement, the Black Power movement, the poor people’s movement, the antiwar movement, and all sorts of informal rebellion. At first, the police were unable to contain this uprising, which was a big embarrassment for the U.S., because we were waging a bitter ideological struggle with the Soviets to prove that capitalism and liberal democracy were better than socialism. . . .

All of this happened because society was changing, resulting in major demographic and social upheaval. But there was also a political element in the police retooling, a way in which it was aimed at crushing a political enemy in addition to maintaining order. If you go back and read the FBI Law Enforcement Bulletin and the police-industry press of the time, you’ll find numerous quotes from FBI director J. Edgar Hoover and people like Daryl Gates (later chief of the Los Angeles Police Department) about “putting down rebellion” and how the police are the “front-line troops” in what amounted to a counterinsurgency campaign.

I lived in Berkeley in the sixties, when it seemed like Berkeley was the center of the political world. Every wave of social change seemed to originate there, then spread outward. It was a time when people thought up inventive ways to sabotage the agents of power: the university, the cops, the military, the government. And these agents enjoyed using their strength to put the saboteurs back down. . . .

Years later, my car was rear-ended while sitting at a stoplight in Oakland. No one was hurt, but my car was totaled. A cop waited with me for the tow truck, and we talked.

He told me how his friends on the force had loved the sixties. For them, the unrest had meant a lot of overtime, and 1968 had been the year they made a lot of money, the year their kids got everything they wanted for Christmas.

The police were anonymous, faceless, expressionless. You could not see their eyes. They were masked Hollywood caricatures burdened with sixty to seventy pounds of weaponry. . . .

The demonstrators seated in front of the black-clad police were equipped with hooded jackets for protection against rain and chemicals. They carried toothpaste and baking soda for protecting their skin and cotton cloths impregnated with vinegar to cover their mouths and noses against tear gas. In their backpacks were bottled water and food for the day ahead.

When I heard the siren and saw the red lights flash over the dunes, I knew the police had come for us. Jeff kept splashing in the waves, oblivious, while I knelt in the surf so that only my head — and not my naked breasts — showed above water. Seeing the officer’s crew cut and reflective shades, I prepared to go into obsequious mode — standard procedure for me in the presence of a potentially hostile authority figure. As a person of color, I had learned to do this early in life.

Jeff, who’d grown up in this all-white hamlet, got out of the water and casually strolled over to the cop, completely naked. They talked for a few minutes. Then Jeff motioned for me to join them. . . .

Jeff explained to me that there had been a complaint about public nudity, but he’d told the officer that the beach was private property, owned by Jeff’s family. We could do anything we wanted on it. Still, we needed to go back to the house to show the cop our IDs. The officer insisted on driving us even though the house was only a couple of hundred yards away.

“That’s fine, Officer. Anything you want,” I said, wrapping a towel around me. Jeff chose to carry his towel, remaining defiantly naked.

As we rode to the house, the cop asked Jeff, “Is your dad Henry Brinkman?”

“Yup,” Jeff answered. “And my mom is Mary Stackley. My grandfather used to own this whole peninsula. . . .”

By the time we got to the house and produced our IDs, Jeff and Tom — he and the cop were on a first-name basis by then — were trading childhood stories.

Tom let us off with a warning. Jeff called his dad and laughed with him about our “police encounter.” And I learned how things work when a rich white kid gets in trouble. 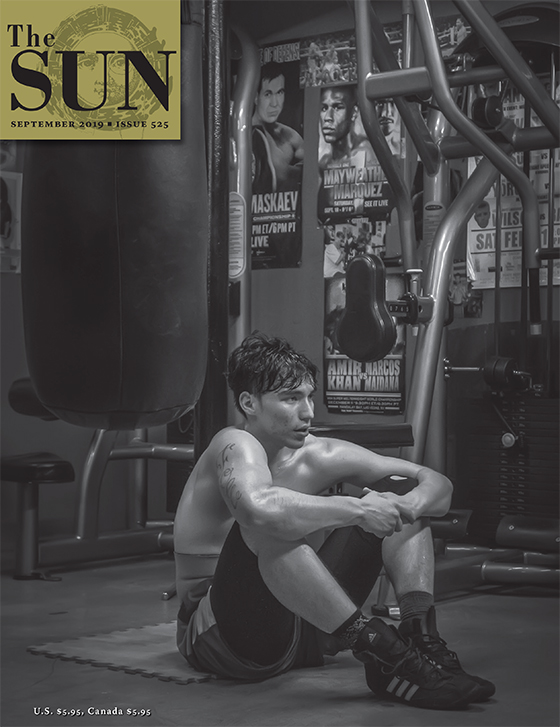