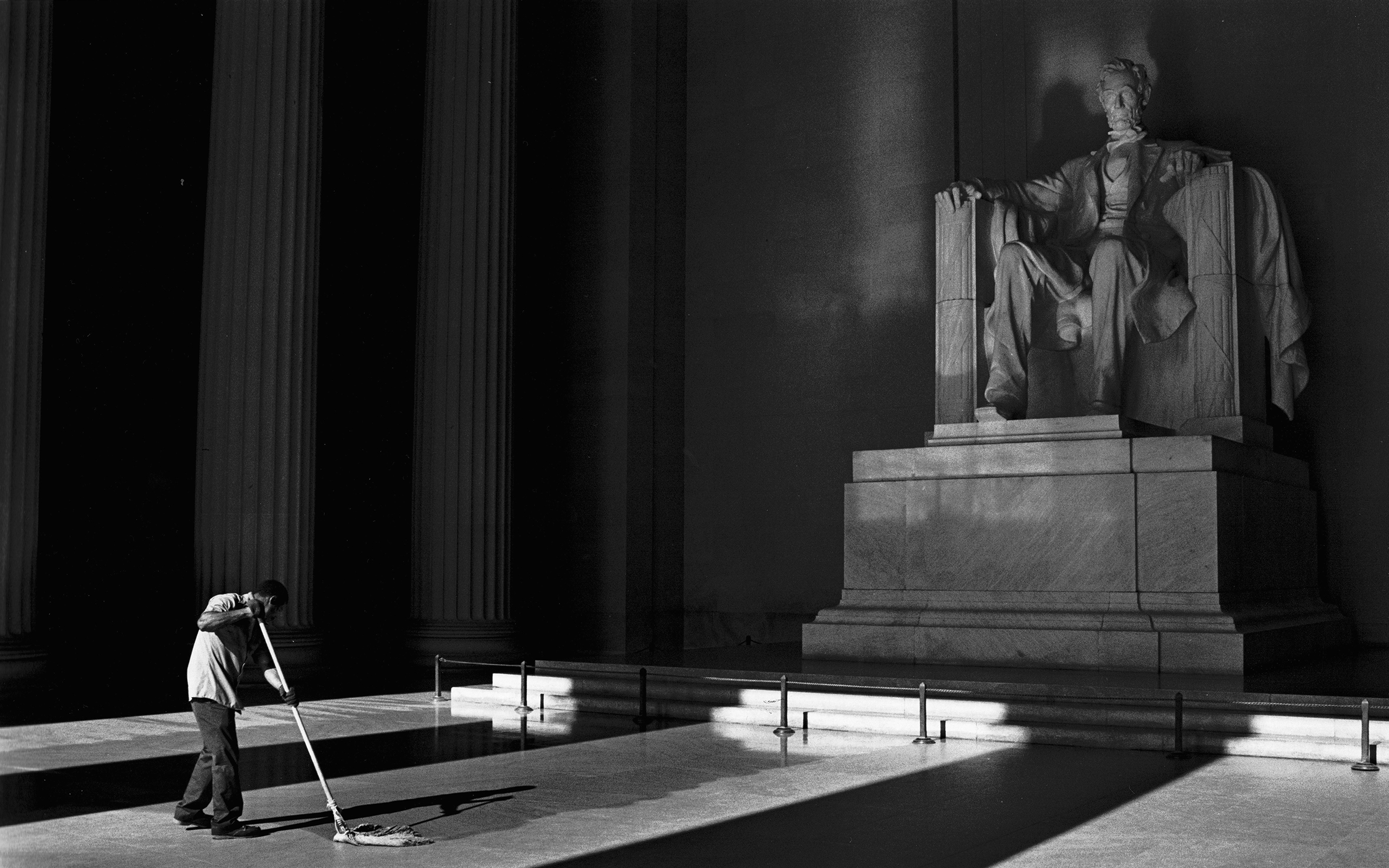 I grew up hearing over and over, to the point of tedium, that “hard work” was the secret of success: “Work hard and you’ll get ahead” or “It’s hard work that got us where we are.” No one ever said that you could work hard — harder even than you ever thought possible — and still find yourself sinking ever deeper into poverty and debt.

Part of the American Dream is class mobility. You’re born poor, you work hard, you get rich. . . . It’s all collapsed.

The hardest work in the world is being out of work.

The question was not how to get a job, but how to live by such jobs as I could get.

Unless we create an environment where everyone is guaranteed some minimum capabilities through some guarantee of minimum income, education, and health care, we cannot say that we have fair competition. When some people have to run a one-hundred-meter race with sandbags on their legs, the fact that no one is allowed to have a head start does not make the race fair.

There was a time when people of the rich nations of the world regarded poverty as a “natural condition” for those living in the poor nations of the world. . . . Today we have largely been stripped of this pseudo-innocence. We know that the poor are so poor because the rich are so rich, that the causes of poverty can be traced to deliberate decisions and deliberate economic and political policies designed to benefit the rich and powerful. We now know that poverty and unemployment are not just accidents of history but deliberate, even indispensable, components of capitalism as an economic system.

Look at me. I worked myself up from nothing to a state of extreme poverty.

S.J. Perelman and Will B. Johnstone, Monkey Business

If the misery of our poor be caused not by the laws of nature, but by our institutions, great is our sin.

We as a country have been too willing to take from our weakest when times get hard. People who allow this to happen must be educated, must be challenged, must be turned around.

I sit on a man’s back, choking him and making him carry me, and yet assure myself and others that I am very sorry for him and wish to ease his lot by all possible means — except by getting off his back.

Who among us can expect the homeless to remain silent forever, the unemployed to accept their lot quietly forever, the despairing to control their anger forever?

Many things would be changed for Americans if they would only admit that there is ill luck in this world and that misfortune is not a priori a crime.

We will place the problems of the poor at the seat of government of the wealthiest nation in the history of mankind. If that power refuses to acknowledge its debt to the poor, it will have failed to live up to its promise to insure “life, liberty and the pursuit of happiness” to its citizens.

If the federal government can pay farmers for not raising food, they can subsidize an honest job for people.

I tell my students, “When you get these jobs that you have been so brilliantly trained for, just remember that your real job is that if you are free, you need to free somebody else. If you have some power, then your job is to empower somebody else. This is not just a grab-bag candy game.”

I have been in many labor battles. It has seemed strange to some that, having attained some status and acclaim as an artist, I should devote so much time and energy to the problems and struggles of working men and women. To me, of course, it is not strange at all. I have simply tried never to forget the soil from which I spring.

Tom Schunk’s photo with the August 2020 Sunbeams — of a man mopping the floor of the Lincoln Memorial — speaks volumes without a single word. It is one of the most powerful shots I have ever seen in The Sun.

Shealy Thompson Asheville, North Carolina
More Letters
What Do You Think? We love getting letters to the editor for our Correspondence section.
Has something we published moved you? Fired you up? Did we miss the mark?
Send A Letter

By Our Readers
Tribute

The Other Side Of The Moon

A Tribute To Lyn Lifshin