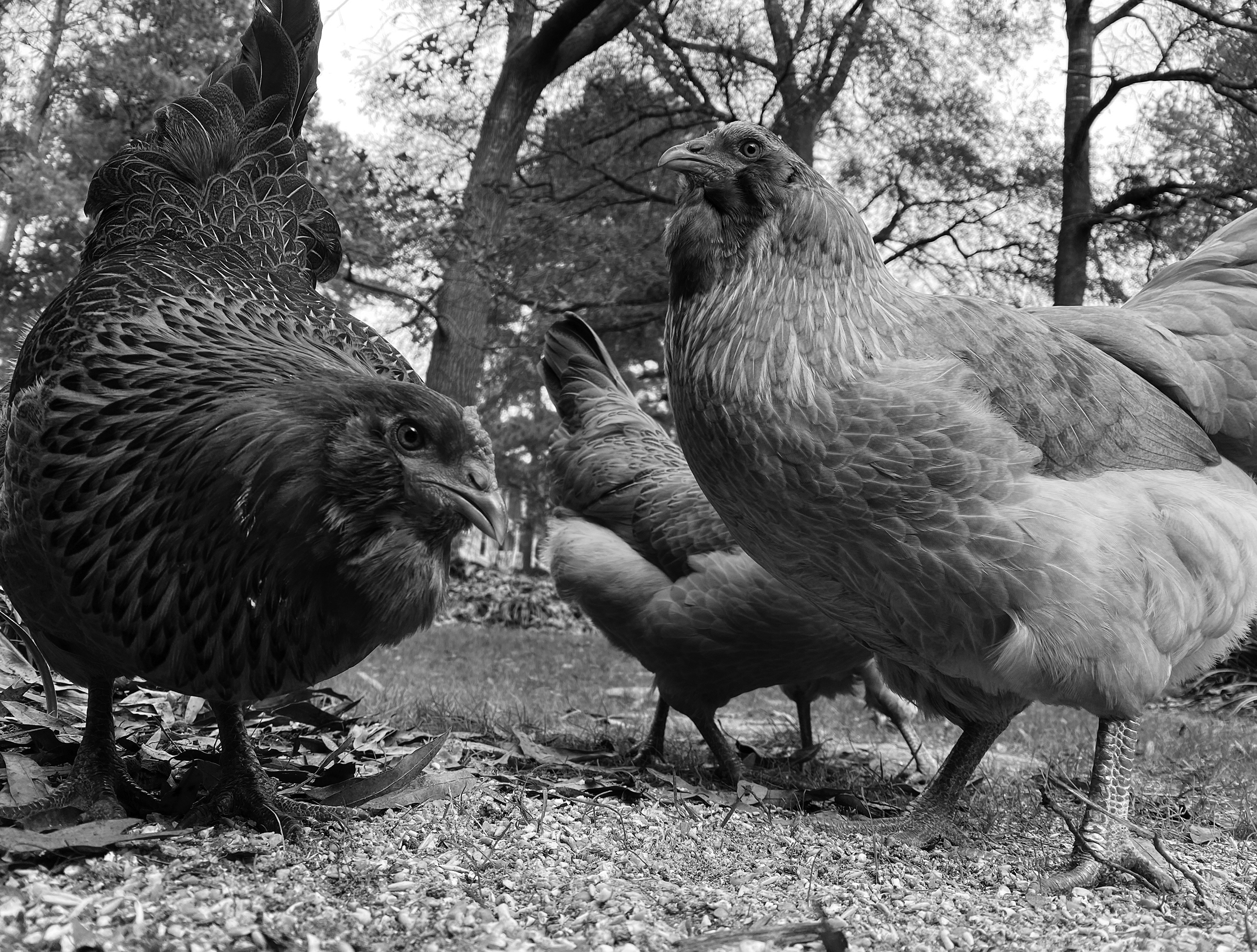 For as long as I can remember, my mother has been dissatisfied with wherever she is, whatever she’s doing, and whomever she’s with. She wishes her entire life was different. It’s worse near her birthday, and this year, 2020, was a big one. She’s reached the sixty-year milestone, and she’s mad about the elasticity of her skin, her arthritis, and the Left, who want to ruin the country and reach into her pockets at every turn. She swears she would abandon it all and move to an island if the right island presented itself. The island would have to be the site of a charming Cape Cod–style home with updated everything, radiant heat, passive solar, a water-filtration system, a pool (so what if it’s an island?), perennial gardens with seasonal blooms worthy of their own television series, and generally not an island at all, because my mother hates both boats and open water.

There’s a certain tilt to the head she affects when she’s about to express one of her many disappointments. I’d just like to have some chickens before I die, she says with a sigh, as if gazing into the perennial gardens of her long-suffering soul. My mother lives on the Gulf Coast of Alabama, where she will most certainly perish without chickens, because her gated community doesn’t allow them — or residents under fifty-five. I’ve always wanted a little farm, she says. I try to imagine my mother “farming” something besides the contact information of hopeful real-estate agents in every state where she has considered buying her next house, but I can’t do it. Though she’s earnest in her desire, I know she’ll never move. I just want some chickens before I die. She stands at the sink, staring wistfully out the kitchen window of one of her three homes while she taps a shapely fingernail with metronomic precision.

For many years I responded to her laments with earnest, optimistic affirmation: I know you do, Mom, and you will! But in these past four years of Trump things have shifted, and I just can’t muster my usual supportive, gentle encouragement. I can’t bring myself to say, Someday, Mom, you’ll get your chickens. I am bereft of what I previously believed to be an infinite reserve of compassion. All I can think of to say right now is So go buy some fucking chickens, then. Instead I say nothing and, quietly during the pandemic, begin raising my own chickens in my suburb, which my mother says is going to be ruined by that affordable housing they’re putting just two miles from your house. Think of the property values. . . .

My mother is complicated, but, as near as I can tell, most of her current worldview is informed by her passionate belief in Donald Trump (the best president we’ve ever had), her dedication to making financially savvy real-estate choices, and her increasingly loud emotional investment in QAnon as a movement started by a real government insider and not some Mongolian yak farmer with great Wi-Fi. To say that the Trump years have taken their toll on our already strained relationship would fall woefully short. It’s like a natural disaster has hit, and I have to keep updating my homeowner’s-insurance claim every time I find more damage. We’ll eventually have to bulldoze it and rebuild, or else let it languish like one of those empty lots that the owners have surrounded with a chain-link fence and forgotten.

One reason my mom thinks she needs chickens is because of country music. Popular country has romanticized rural life to the point where suburban white women see it as some kind of mystical heaven on earth where men, their forearms veiny from picking a guitar and milking cows every morning at dawn, call them honey pie, darlin’, and dear in adorable, deeply masculine drawls. The music is catchy, reinforces old stereotypes and “traditional” gender roles, and celebrates barbecue, sweet tea, and mustard on french fries — which, for the record, are things I would never put in my mouth, and that includes the men.

Here in my suburb, our pandemic chicken population is thriving. There’s Ruthie, whose full name is Ruth Beaker Ginsbird. There’s Bea Smith, who has aggressively vacant eyes and is named for the protagonist of the television series Wentworth. There’s Mary Kate and Ashley, cream Legbars who are indistinguishable from one another. There’s Goldie, an Olive Egger with an elitist attitude, who never roosts anywhere but several feet above everyone else. And there are the three goddamn roosters. Sexing recently hatched chicks is not an exact science, and we crossed our fingers and waited despite the increasingly obvious telltale signs of cockerels — most notably the raucous crowing around 4:45 each morning.

This is one of the many reasons we are not allowed to have roosters where I live. Following the first extraordinarily early wake-up calls, I spent a few weeks researching what people do with “illegal roosters.” It was apparently not sufficient for me to worry about my rooster population on my own; my mother insisted on heaping additional anxiety on me, as if it were the only way to see the dilemma through to a reasonable conclusion: Well, you have to get rid of them, Elaine. You’re breaking the law, and someone will drop a dime on you, and then a police officer will knock on your door and see your marijuana plants. You’ll lose your teaching job. You’ll go to jail! It’s a ten-thousand-dollar fine!

The usual solution is to slaughter the roosters. I could have taken them to the halal mart, where Muslims can have animals killed in Quran-approved fashion, but I’ve eaten meat my entire life. How could I regularly eat something if I couldn’t dispatch and prepare it myself? After watching several graphic YouTube videos on proper rooster slaughtering, I decided that, with a couple of stiff drinks, I could set my jaw, coax a bird into my aproned lap, and cut its throat. I’d intentionally avoided naming them for this very reason, but I had mentally named them Roo, Grey Chicken, and Fuckboi just the same, because what kind of heartless suburbanite keeps nameless livestock?

I waited until my wife, Mia, went grocery shopping, then started heating a large pot of water, knocked back a couple of shots of mezcal, and ventured into the yard to find Grey Chicken, my least-favorite rooster. He was lurking under the forsythia bush with the rest of his crew. I grabbed a five-gallon bucket, where I planned to deposit his still-twitching body after I had removed his head, and I made a slipknot in some kitchen twine so I could suspend the corpse by the legs, per the instructions on YouTube. Gilbert, our springer spaniel, enthusiastically assisted me in the chicken grab, and suddenly there I was, sitting on a tree stump with Grey Chicken in my lap, smoothing his feathers, watching his pupil expand and contract. I had at most thirty minutes to figure this out while Mia was getting dinner supplies. He had stopped struggling and seemed resigned to his fate. I have been eating chicken as long as I’ve had teeth, I reminded myself. This should be easy. This should be mercifully brief. Then I realized I couldn’t quite be certain that my thumb was on his jugular vein. What if I missed? Wouldn’t I just maim him? Wasn’t maiming a living thing far worse than simply killing it? I set the chicken down and put away the knife.

Grey Chicken, Roo, and Fuckboi would live to crow at another sunrise. Mia found a guy from a neighboring town who had a dozen or so roosters, and we met him in a Starbucks parking lot on a sunny Saturday afternoon to make the illicit-poultry deal. He may have taken all three roosters out behind his barn later and fried them up for dinner that very night. We’ll never know.

The pandemic chicken experiment continues here in the suburbs, where we’re counting the days until one of our hens lays an egg. In a few years we’ll be confronted with what to do with our old ladies who don’t lay anymore, and I’ll probably watch a bunch of YouTube videos and sit down on a tree stump to reckon with the enormity of taking a life before ultimately driving them all to the halal mart in Waterbury to be processed for three dollars each. My mother would never set foot in a halal mart, because she thinks Muslims are trying to take over our country. She’d rather starve or kill those chickens herself than give three dollars to Islam. But she’ll never have to make that choice, will she? Because she doesn’t have any chickens.

Your last several issues seemed lackluster to me, so I was happy to find you back on track with the May 2021 edition. “The Chicken Equation” made me laugh and feel in tune with the essay’s author, Elaine Tosetti. And Anna Hartford’s “Small Animals” was a beautiful, funny essay that I could have written about my own experiences, if I had the talent. It’s gratifying to know there are still people in the world who try to save small, injured animals.

Bonnie Seifried Boston, Massachusetts
More Letters
What Do You Think? We love getting letters to the editor for our Correspondence section.
Has something we published moved you? Fired you up? Did we miss the mark?
Send A Letter

By Anna Hartford
The Sun Interview

Merlin Sheldrake On The Unseen Life Around Us