My Mother Returns, This Time For Good | By Lisa Dordal | Issue 553 | The Sun Magazine
close 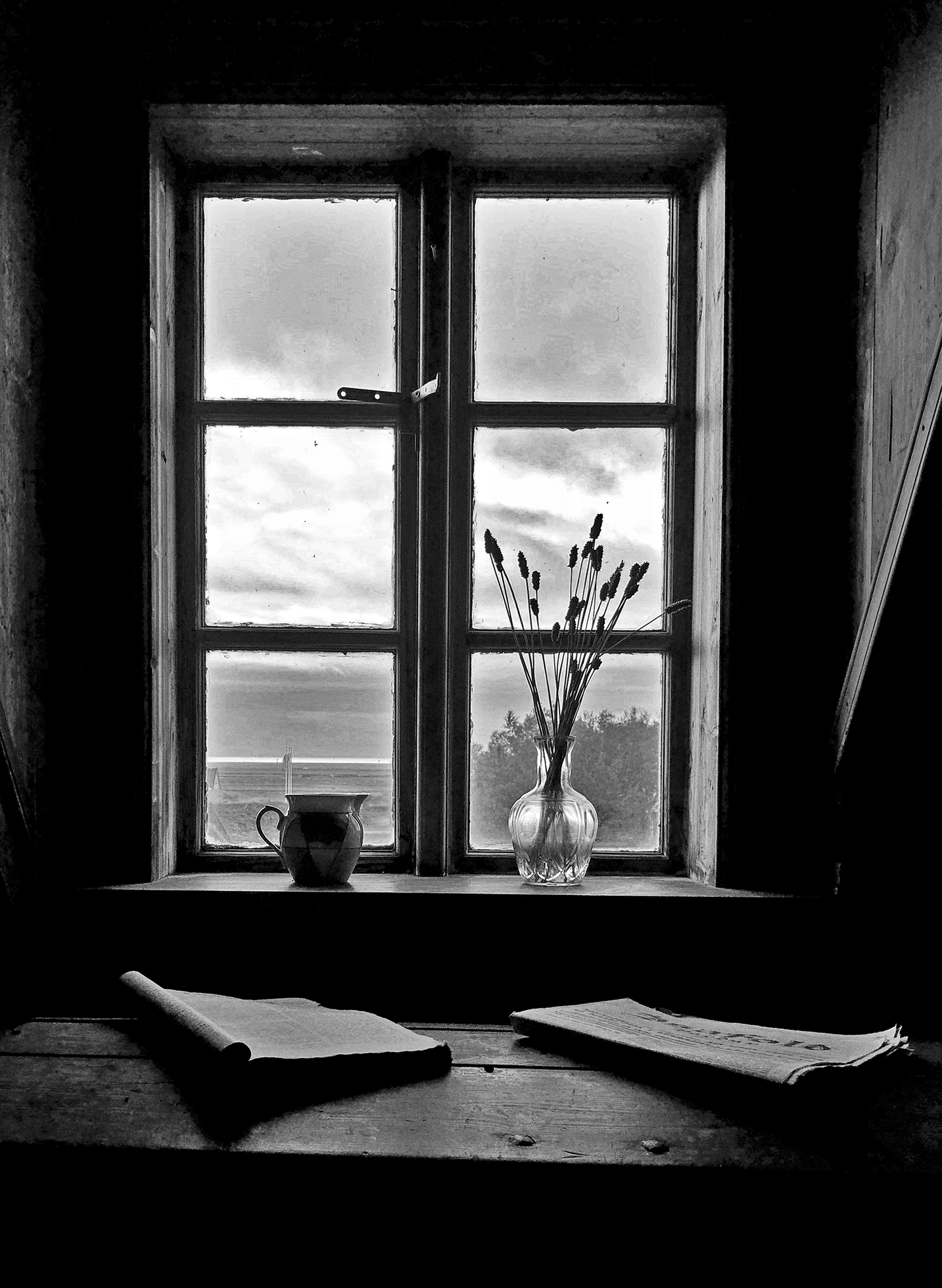 My Mother Returns, This Time For Good

Six weeks ago my wife walked into our living room to find me curled up on the couch, sobbing. In our twenty-one years of marriage we had experienced a lot of griefs, big and little, but she’d never seen me cry like this.

“What’s wrong?” she asked, sitting down next to me.

My mother had died twenty years before, in April 2001. Yet there I was, sobbing as if she’d died that afternoon, and with so much more emotion than I’d experienced at the time of her death.

Why this sudden outpouring of grief? Because I’d just reread a stash of letters from her: 180 of them written between 1989 and 2001, plus one from 1983, when I was away at college. And for those few hours my mother had been alive again — even more alive, it seemed, than she sometimes had been in life.

Reading those letters, I was right there with her at her desk as she wrote on the back of an old invoice, Do you ever get tired of these scraps of paper? while keeping one eye on a Cubs game: It’s tied, they’re in the tenth. I was there as she cut the remaining basil in her garden: It has turned cold here, two weeks earlier than usual. I was there as she rode her bike down Fifty-sixth toward the Point, one of her favorite midweek retreats: Sitting at the Point does more for my soul than reading about “How to Care for It.” And I was there as she enjoyed a bowl of gumbo at Heaven on Seven — a popular lunch spot she’d been wanting to try for years: Nineteen varieties of hot sauce sat in front of me on the counter!

It’s not that I didn’t grieve when my mother died. But my grief then was muted by the fact that, in many ways, she had left me long before her actual death.

My mother started drinking “regularly” — the word she uses in her 1983 letter — in the mid-1970s, when I was about ten. She was high-functioning during the day: a social worker who hated to put clients on a waiting list; a tireless volunteer at church, often serving on several committees at a time; an active participant in the PTA. She loved reaching out to new neighbors and helping plan annual block parties. She was a voracious reader of books, newspapers, and magazines. She managed not just cooking and laundry but window washing, sanding, painting, mending. She loved to garden, she loved birds, she loved Lake Michigan.

And she was fun to be around. She had a great sense of humor and adventure. During one of my college summers — after I had returned from a two-month study-abroad program in the Soviet Union — she researched Russian restaurants in the Chicago area and then took me to lunch at one of them so she and I could enjoy something of my Russian experience together.

I loved my daytime mother. But in the evening she disappeared. Typically she would start drinking in the late afternoon while preparing dinner, then continue on until bedtime. I remember many dinners when she seemed to look right through me.

This is why I love the letters so much: reading them, I feel seen in a way I often didn’t when she was alive — as when she writes, in April 1990: Draw me a picture of your oak chairs. I need to picture you sitting, writing, reading in them. Or when she writes in 1989 about my upcoming trip to the Sierra Nevada: Tell us where you go, so I can follow you on the map. Seen, too, in the sense of her taking an interest in what and how I’m doing, asking how the fish I cooked turned out or how my plants are faring: Mine are experiencing strange deaths. In one letter, after learning I have enrolled in a geology course, she promises to send along any interesting articles on the subject.

Not only does she see me in her letters, but it’s clear that she very much wants me to see her, too. Nearly every correspondence begins with a description of where she is: I’m sitting on the back porch, writing amidst geraniums. Or: I’m sitting at my desk, looking out at the Unitarian church and thinking about what you are doing.

One of the great gifts of these letters is that they contain the version of my mother that I very much want to see. There’s no slurred speech, no smell of bourbon or vermouth, no clinking of ice cubes inside her coffee mug. She is clear-eyed, engaged, full of love, and funny at times — like when she cautions me that, according to Nostradamus, the world will end in the seventh month of 1999: Come here and be with us. We’ll go to the Point. What better place to perish! Another time she relates a story about her pastor giving her a potted bulb on Ash Wednesday; she was to nurture the plant — a symbol of her faith — and bring it back to church on Easter when it was in full bloom. Thinking the plant needed to be outside, my mother set it on the back porch, and almost immediately a squirrel dug up the bulb. I guess I’ll fail at Easter, she writes. I hope I nurtured you children better. I certainly didn’t put you out for the squirrels to attack!

These letters have helped me see things about my mother that I hadn’t fully appreciated when she was alive, like how much she loved baseball — the Cubs, especially. The one time I attended a game with her, in my early twenties, she brought a magazine with her. I have a photo of her sitting in the stands, reading The New Yorker. But her letters reveal how much a part of my mother’s daily life the Cubs really were: It’s a beautiful day here — blue skies, low humidity, the Cubs are winning.

My mother wrote short stories in high school and college, but after someone told her that, to be a writer, she would need to write every single day — even while juggling a career, a marriage, four children, and her various church and community responsibilities — she gave it up. She never lost her writerly eye, though. And she did write weekly or twice-monthly letters to her three out-of-town children. Oftentimes a letter begun on a Monday or Tuesday would be finished days later: It’s now Saturday PM. I’ve taken too long to finish this.

As a teenager I tried sneaking my mother’s drinks away from her and watering them down. (I thought I was being helpful.) And during my first year of college I told her how much I disliked it — and her — when she drank. She knew she had hurt me: I’ve put you through a lot of pain. But she also made it clear she had no intention of stopping: I wish I could promise you that I’d stop drinking. But I wouldn’t be honest to make such a promise.

As the years progressed, my mother drank more and more until gradually the boundaries between my daytime mother and my nighttime mother blurred. I remember calling her at 10 AM one morning (I had long since stopped calling her in the evenings), and her speech was already — or maybe still — slurred.

A couple of months before she died, she was admitted to the hospital for a heart problem. I have fond memories of her time there because, for that brief period, without access to alcohol, my daytime mother returned.

Now she has returned again, through her letters. Letters in which she’s searching for her keys, dropped in the snow on her walk home from work. Or she’s hiking in Yosemite with my father, arriving at a dried-up lake, too tired to try another trail, wishing she’d had a better map. Or she’s reaching into the cupboard for something only to discover dozens of spider-egg sacs. (The cookies I was going to bake for you will have to wait.) Letters in which it’s raining again and the birds are staying away, or it’s sunny and they’re coming back.

The Devil Takes Back

Douglas Christie On The Power Of Silence And Contemplation