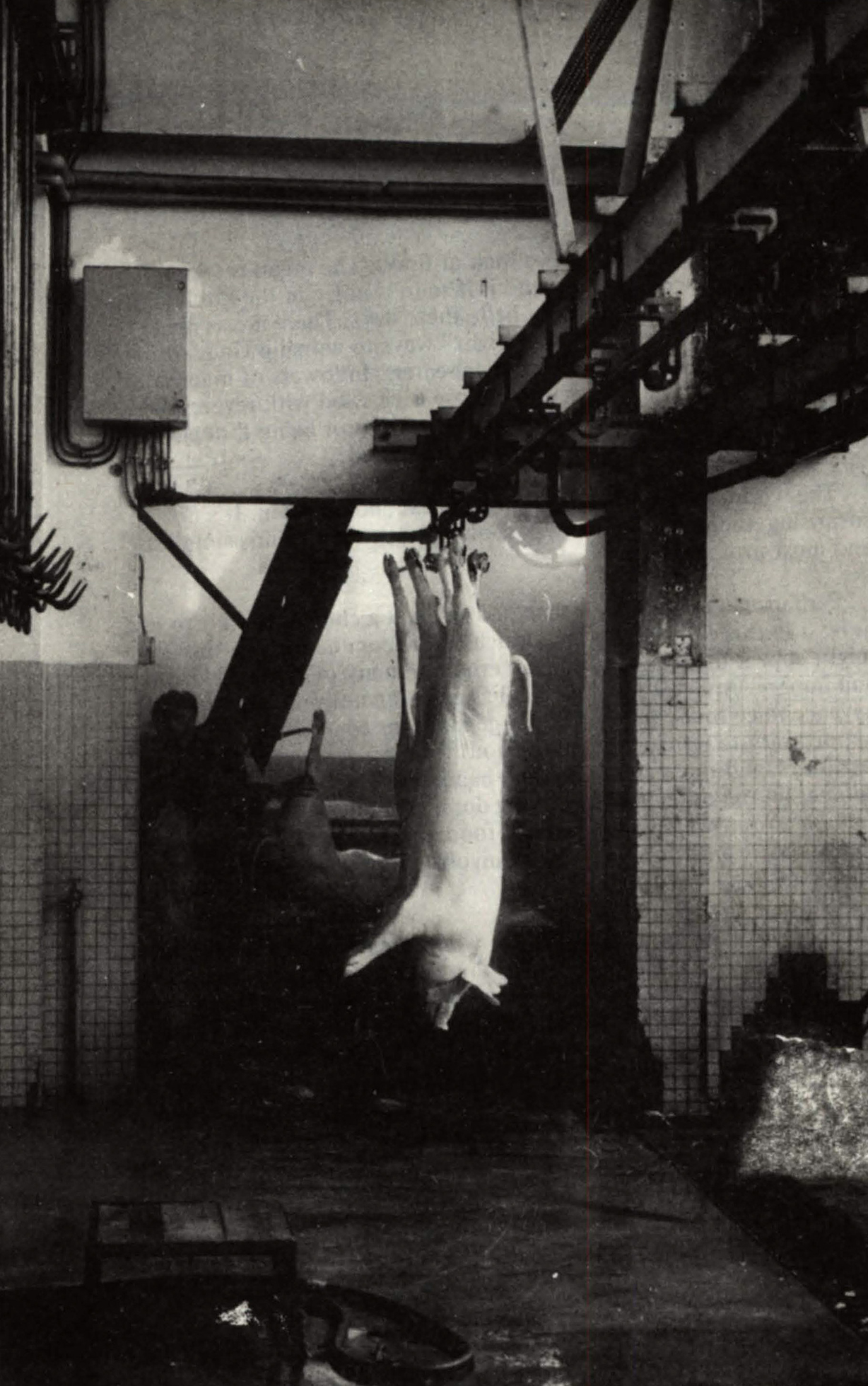 The Politics Of Food

It’s very difficult for me to write about food — so many trips and so much worry, joy, and compulsion. My first impulse is to go into a Yiddish tragic-comedy about the whole thing, but not now. My second impulse is to go into a long talk about all the changes in my own feelings and habits surrounding food, but that doesn’t seem right either.

Food is one way of being in communion with our bodies and with life; we can take what we need to sustain ourselves and repair worn-out tissue and cells. If this is done with a sense of communion, the whole act is approached with respect, love, and compassion. This, of course, leaves little room for compulsive eating, ingesting poisons, and routinely eating substances that are strong contributors to disease, obesity, and a state of “health” which is usually defined by the lack of overt symptoms of disease and bodily decay.

The way in which people deal with food clues me in to the way they approach other life issues.

The hostility, confusion, and oblique derision which is occasionally directed toward me for being a vegetarian and health food freak reflects the inner and outer violence which surrounds all of our beliefs; food seems to be as visceral a topic as the deity.

When I see people buying food with little or no nutritional value (and which usually has negative effects on nutrition), I really start to wonder how tuned in they are to their own bodies; food, like cigarettes, bummer drugs, fast living, and the compulsive drive for power and achievement, seems like another collective death trip which has been legitimized by the social order.

“Quick” food has joined the ranks of instant sex, instant highs, and instant relationships with others; too often, life in a very real sense becomes a supermarket where we shop for those beings and qualities which so intimately link us to the cosmos. Mr. Ronald McDonald beautifully symbolizes quick food and the total lack of love which goes into it. If we are so busy doing things that we don’t have time to prepare our food carefully and with love, what are we really “doing”? What really is there to do in this world?

Food is political as well as personal. It is a political matter to have a choice in what we buy and eat — habit, custom, and mass advertising attempt to constrain this choice. The politics of food production and distribution would be radically upset if people were not captives of the meat industry, hamburger helpers, sugar and sweets, and a whole host of other products which are unhealthy, superfluous, and/or whose producers and distributors have us by our collective groins.

Food is also intimately political in that it is the life thread of our attachment to this world. If we sit down to dinner with people who are always in a rush, who gorge themselves, or who carry on with their violence and anger at the dinner table, this reflects how the personal politics of everyday life in a community or group of people prevents us from being in communion with what keeps us alive. If our job is so hectic that we can only take a few minutes for lunch without feeling guilty, this is making a fundamentally political statement about how people crucify themselves for organizations whose main concern is with the “task” and not the people in the organization. Since food is so basic to our existence, what we do or don’t do with it reflects the directions in which we’re going.

I won’t even comment on the larger political issues of hunger, malnutrition, and sub-nutrition.

When you sit down to your next meal, ask everyone around the table to hold hands and say grace — in Sanskrit, English, Latin, Hebrew or any other language — and listen very closely to the words and vibrations. What do they say? What do they demand? What are you going to do?

Out Of The Bed And Into The Frying Pan