On my calendar there aren’t any more social engagements or shrink appointments or movies to catch up on. It says here: “Monday. Get up. Eat. Floss teeth. Go to bed by 10:00.” The little sparrow who’s sharing my breakfast says, “Phew-twee. Pep. Pep. Pep. Pep,” and stuffs his beak full of bread, so that it’s hanging out both sides. “Don’t get choked,” I yell after him, but he’s long gone, chased by a friend.

Old friends, old friends. My dad starts to cry as he hands me a radio. “I just picked this up,” he says, “at the PX. They were on sale. Do you have a radio?” “No,” I say truthfully. “No, I was just thinking how much I wanted a radio. You need a radio these days. There might be an emergency. Or . . . weather. You need a radio,” I nod, smiling. Thanks, Dad. Old lovers, old lovers. They grow up and have babies without you. With someone else, with someone else’s body. Suddenly you see it all in the supermarket on Saturday morning, the whole family together, her kids (by two former marriages) and his own son riding on his shoulders. Run away and cry your eyes out in an aisle they’ll never come down. (Try dog food, but watch out, they may have a dog waiting in the car.)

Live and learn. Under next year’s budget write: “October. Buy wood. $45.00.” No, cross it out and write: “Buy wood. $50.00.” No try again. “$55.00 . . . November.” The price has changed, but old stories are still the best. R. loans me a book called Love’s Pagan Heart about love and sex and war in the Islands. See the beautiful girl on the cover with a blossom through her hair and a colored cloth tied around her hips? She’s the girl you always wanted either to be or to have. I read the whole story. The Pope would never approve. Thanks, R., I enjoyed it.

Were you the progeny of Catholic matrimony and did you ever carry Holy Cards around in your wallet (backside to Babe Ruth)? This one I have says on it: “O Mary, conceived without sin, pray for us who reach out to you.” Who’s fooled by the changing face of time? Grandma knows. The old prayers are the best. And the old gods are the wisest.

After Dick and Jane and Joan of Arc, the first book I remember is Plato’s Republic, standing like a temple of truth in the middle of Dad’s bookshelf. Dad told me the plot. Now that I know more plots, it’s interesting to see how Milton and Dante and, yes, even the Vedas are like Plato’s Republic. A certain awesome conception of the universe.

. . . when a man thinks himself to be near death, fears and cares enter into his mind which he never had before; the tales of a world below and the punishment which is exacted there of deeds done here. . . .

These old stories are powerfully astounding in all their similarities. In an auto wreck, while unconscious, I see a huge spindle stretched upon a brilliantly lit thread which crosses the vast expanse of the deep, dark void. Afterwards, I can’t stop talking about it. I’m still half-zonked in the operating room, or talking through a fog on the telephone, or about to be offered a bed pan — but that doesn’t matter, I just keep telling everyone exactly what it was like, the awesome panorama of the skies. Finally someone says: “It was just your concussion. Your psyche did all that to make you feel safe.” Yeah.

In the Republic Plato writes of a journey, a pilgrimage of a thousand years:

. . . another day’s journey brought them to the place, and there, in the midst of the light, they saw the ends of the chain of heaven let down from above; for this light is the belt of heaven, and holds together the circle of the universe, like the undergirders of a trireme. From these ends is extended the spindle of Necessity, on which all the revolutions turn. . . .

“Spindle?” When I get to that word my eyes jump out of my head. And then I read, following, an exact description of what I saw. And I see it all again. “This is it,” I yell, leaping up and jumping around on the bed, “this is it! I saw this. I saw this. This is what I saw.” I throw the book up in the air. Who can I tell? My mother? Mothers know everything already, anyway. “Eureka,” I yell, listening attentively, and then pounding on the wall. “Eureka, Rat, I saw the universe. Hooray for Plato and ancient history and boo for anything less than the whole truth. Did you hear that, Rat?” The Rat who lives inside the wall climbs over the bathroom sink and drops down to the floor. “Going airborne?” I shout, throwing a pillow at the wall as he, somewhere concealed, climbs upwards again. “I saw the universe, Rat. Drop on that one,” I whistle as he, still concealed, flings himself to earth with a small thud.

Jumping off the bed, I light a candle and pick up my card that says: “O Marie, concue sans peche . . .” Old prayers are the best prayers: “Turn most gracious advocate, thine eyes of mercy towards us and after this our exile . . . pray for us who turn to you.”

Later on, in a dream she kisses my forehead. “There’s more,” she says, lightly, “more to come,” and smiles like a snowflake melting into the sun. When I wake, the room is filled with light and the Rat is curled up asleep in my Nike shoe. “You must be pooped,” I say, bending over the edge of the bed, nearsightedly, but he doesn’t move a whisker. “There’s more to come, Rat,” I whisper into his dream. “More to living than walls and holes and getting snacks for Winter. You do a good job, but don’t think this is all there is.” He raises his nose slightly and then burrows it back under his paws.

“You have a long nose,” I say, lying back and staring at the ceiling. I can still see the Universe, as clearly as ever. “We’ll take it all in, together. It must be a big place, the universe. We’ll need a map, and friends. Lots more of them.” I can still see the Holy Mother, too, and she’s still smiling, as if to say: “Don’t worry, we’re all in it together.” I think: “There’s only one boat, Rat. We’re all in it together.” His tiny heart is pounding away like an engine. My eyes close again “Don’t take anything but the whole truth, too seriously, Rat. That’s the secret. One day you’ll look back over all the holes that you’ve gnawed and see what it all meant Everything . . . Nothing. What’s the difference, really, whether you go right through the wall or around the corner?” For a few moments his heart stops beating. “You can really drop though, Rat,” I go on, curling up and rolling into a ball around my pillow. “I’ll say that’s pure art, dropping. But don’t get too fascinated there, either. That’s the key. The middle road is the safest path. I’ll never forget you, Rat.” And I fall asleep, too, forgetting once again everything . . . or almost everything. 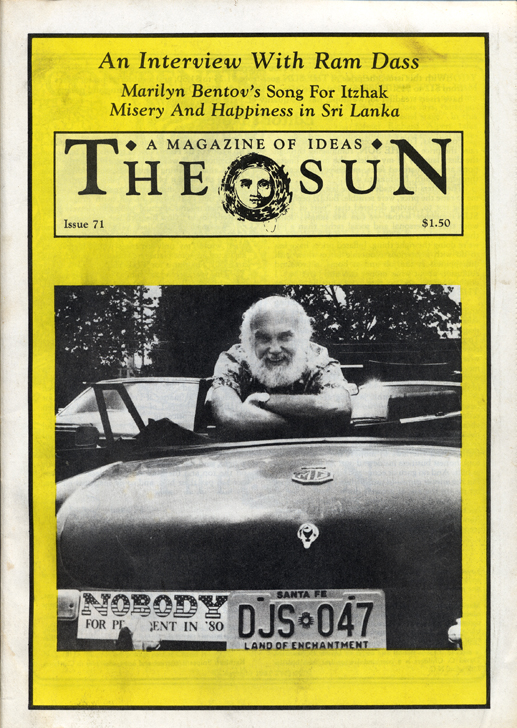