What does “car” mean? A car in a showroom, a car heading straight toward me, a car needing constant repair, all have such isolated meanings that the name “car” cannot be said to stand for any one thing. That too is true of Scott or John or Gayle. God is in them only when God is in my mind. Only love can see steadily, consistently. Love makes one thing of all that it sees.

Hugh Prather, There is a Place Where You Are Not Alone

There is only one good definition of God: the freedom that allows other freedoms to exist.

As Albert Einstein once said to me: “Two things are infinite: the universe and human stupidity.” But what is much more widespread than the actual stupidity is the playing stupid, turning off your ear, not listening, not seeing . . . playing helpless.

And how can I believe in God when just last week I got my tongue caught in the roller of an electric typewriter? I am plagued by doubts. What if everything is an illusion and nothing exists? In that case, I definitely overpaid for my carpet. If only God would give me some clear sign! Like making a large deposit in my name at a Swiss bank.

The experience of oneself relating to other things is actually a momentary discrimination, a fleeting thought. If we generate these fleeting thoughts fast enough, we can create the illusion of continuity and solidity. It is like watching a movie, the individual film frames are played so quickly that they generate the illusion of continual movement. So we build up an idea, a preconception, that self and other are solid and continuous. And once we have this idea, we manipulate our thoughts to confirm it, and are afraid of any contrary evidence. It is this fear of exposure, this denial of impermanence that imprisons us. It is only by acknowledging impermanence that there is the chance to die and the space to be reborn and the possibility of appreciating life as a creative process.

It is the same when Siddhartha has an aim, a goal. Siddhartha does nothing; he waits, he thinks, he fasts, but he goes through the affairs of the world like the stone through the water, without doing anything, without bestirring himself; he is drawn and lets himself fall.

You thought, as a boy, that a mage is one who can do anything. So I thought, once. So did we all. And the truth is that as a man’s real power grows and his knowledge widens, ever the way he can follow grows narrower: until at last he chooses nothing, but does only and wholly what he MUST DO.

One of the pleasures of middle age is to find out that one WAS right, and that one was much righter than one knew at say seventeen or twenty-three.

The growth of the exploiter’s revolution on this continent has been accompanied by the growth of the idea that work is beneath human dignity, particularly any form of hand work. We have made it our overriding ambition to escape work, and as a consequence have debased work until it is only fit to escape from. We have debased the products of work and have been, in turn, debased by them. Out of this contempt for work arose the idea of a nigger: at first some person, and later some thing, to be used to relieve us of the burden of work. If we began by making niggers of people, we have ended by making a nigger of the world. We have taken the irreplaceable energies and materials of the world and turned them into jimcrack “labor-saving devices.” We have made of rivers and oceans and winds niggers to carry away our refuse, which we think we are too good to dispose of decently ourselves. And in doing this to the world that is our common heritage and bond, we have returned to making niggers of people: we have become each other’s niggers.

But is work something that we have a right to escape? And can we escape it with impunity? We are probably the first entire people ever to think so. All the ancient wisdom that has come down to us counsels otherwise. It tells us that work is necessary to us, as much a part of our condition as mortality; that good work is our salvation and our joy; that shoddy or dishonest or self-serving work is our curse and our doom. We have tried to escape the sweat and sorrow promised in Genesis — only to find that, in order to do so, we must forswear love and excellence, health and joy.

Wendell Berry, The Unsettling of America

The best thing about the future is that it only comes one day at a time. 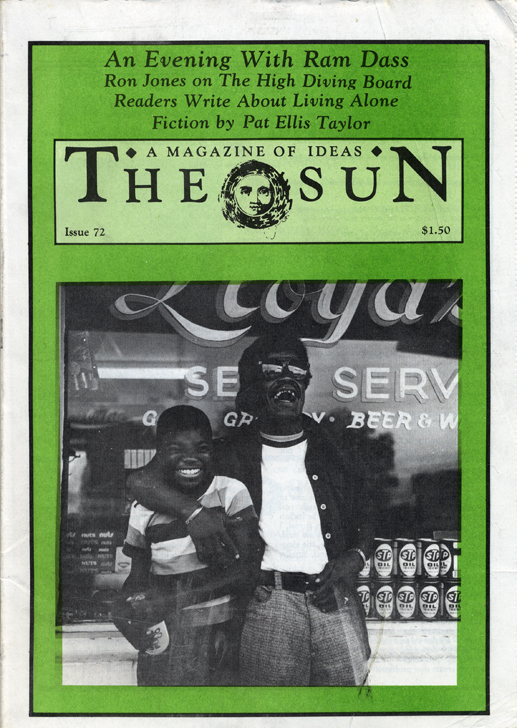 A Neighbor At The Door