The winds of grace blow all the time. All we need to do is set our sails.

The difficulty is to learn to perceive with your whole body, not with just your eyes and reason. The world becomes a stream of tremendously rapid, unique events. So you must trim your body to make it a good receptor. The body is an awareness; and it must be treated impeccably.

Thou art to me a delicious torment.

True light that makes true vision possible is not the light the body’s eyes behold. It is a state of mind that has been so unified that darkness cannot be perceived.

No one worth possessing can be quite possessed.

It always comes back to the same necessity: go deep enough and there is a bedrock of truth, however hard.

You cannot shake hands with a clenched fist.

Gossip isn’t scandal and it isn’t malicious. It’s chatter about the human race by lovers of the same.

It happened that one day, when a pennant was blown about by the wind, two Bikkhus entered into a dispute as to what it was that was in motion, the wind or the pennant. As they could not settle their difference, I submitted to them that it was neither, and that what actually moved was their own mind.

The Autobiography of Hui Neng

The difference between a moral man and a man of honor is that the latter regrets a discreditable act, even when it has worked and he has not been caught.

Everything is funny as long as it’s happening to somebody else.

If we could read the secret history of those we would like to punish, we would find in each life enough grief and suffering to make us stop wishing anything more on them.

All that glitters is not goal.

Neither the word “free” nor any corresponding term occurs in the root language, in the primal concept; there was never anything for the Indian to free himself from. His spirit was not seeking truth but holding on to truth. And his was the mind nourished by choice. Whatever he needed to know was sooner or later revealed to him. And that which he desired to know — the best way to achieve his maximum spiritual potential — was the only mystery he chose to investigate.

Things often happen like that. Many people who accepted Stalin — that is, who accepted the unacceptable — didn’t do so out of self-interest, but simply because at that moment they had other things to do which seemed essential and which distracted them from the atrocity. It’s a rather poignant historical phenomenon, and one which is difficult to ignore. There is no abstract ethical system, any more than there is an absolute hierarchy of choices. There are only individual situations and people to be faced, and all we can do is to deal with them expeditiously.

I believe that dignity changes history in the long run. That’s the reason I have often spoken of brotherhood. I’m well aware that expression has two meanings, too. There’s Christian brotherhood which comes directly from the notion of a saintly communion that’s not so bad. And there was a revolutionary brotherhood.

But don’t these two kinds of brotherhood have something in common? In both cases the other is seen as more important than oneself. It’s a very old idea. You ask if it could change history. I wonder if it hasn’t already changed it profoundly. We are evolving from the farthest reaches of time, and I don’t know if what impresses me most is the enormity of what is behind us or the enormity of what lies ahead.

You’ve got to have something to eat and a little love in your life before you can hold still for any damn body’s sermon on how to behave.

Since when was genius respectable?

What I love about sex is that it is never completed. You think it is finished and you realize you never get there. I think of a prism.

The pain of love is the pain of being alive. It’s a perpetual wound.

The Lord God is subtle, but malicious He is not. 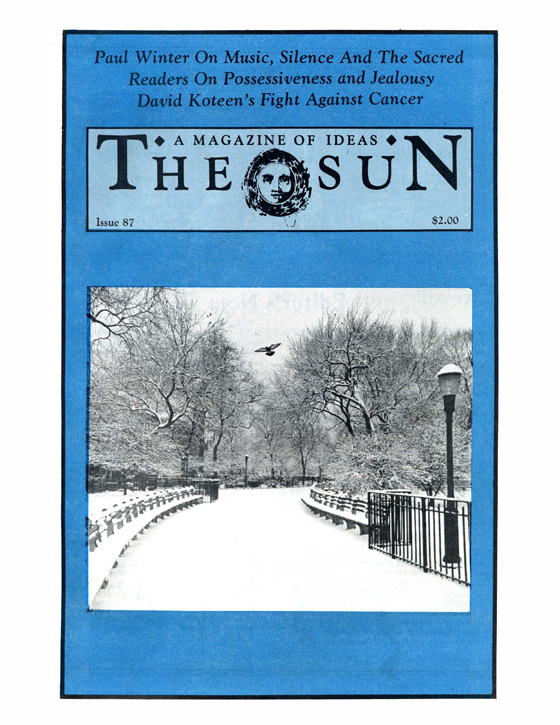 What To Do About It