The heart that breaks open can contain the whole universe.

I saw sorrow turning into clarity.

This is how he went on. And that is how most of us go on, unless we get lucky or rich, unless we take sick and die. We do our work and sometimes it goes well and sometimes it doesn’t. And when it doesn’t we feel low. We pause for a moment, say a prayer in church, drink a beer under pecans in the backyard, go to a psychiatrist, or smoke some grass if we are young. The granite mass of time cracks and we feel wonder at the world. We go on.

Every human being is treacherous to every other human being because he has to be true to his own soul.

She was weeping over the end of a cycle. How one must be thrust out of a finished cycle in life and that leap the most difficult to make, to part with one’s faith, one’s love, when one would prefer to renew the faith and recreate the passion. The struggle to emerge out of the past, clean of memories; the inadequacy of our hearts to cut life into separate and final portions; the pain of this constant ambivalence and interrelation of emotions; the hunger for frontiers against which we might lean as upon closed doors before we proceed forward; the struggle against diffusion, new beginnings, against finality in acts without finality or end, in our cursedly repercussive being. . . .

Thinking gets in the way of thought.

One must show man not when he’s dressed up for Sunday, but in all his phases, his conditions, his base attitudes and spirit — that he goes on, he continues, he has outlived the dinosaur, he has outlived the atom bomb, and I’m convinced in time he can even outlive the wheel.

If you love what you do, you will have no trouble with your stomach, no ulcers, no headaches that need pills. Money, perhaps.

I worked on the novel all summer. Curtis came out and sat on the steps morning and afternoon during August, then school started and he appeared only in the afternoon. Slowly it occurred to me that I was only sitting around, and though a person would like to think that ambition counts for something, the truth is that it doesn’t. There is no difference between a fat boy lounging on the steps and a man at a typewriter turning out horseshit writing. No difference at all. Not in this world or the next. . . . It is more worthy in the eyes of God and better for us as a people if a writer makes three pages sharp and funny about the lives of geese than to make three hundred flat and flabby about God or the American people.

Garrison Keillor, Happy to Be Here

To be a man is to do only what he irremediably is. And there are an infinite number of ways of being a man, and all of them are equally genuine.

There is no greater joke than this: that being the Reality ourselves, we seek to gain Reality. We think that there is something binding our Reality and that it must be destroyed before the Reality is gained. It is ridiculous. A day will dawn when you will yourself laugh at your effort. That which is on the day of laughter is also now. 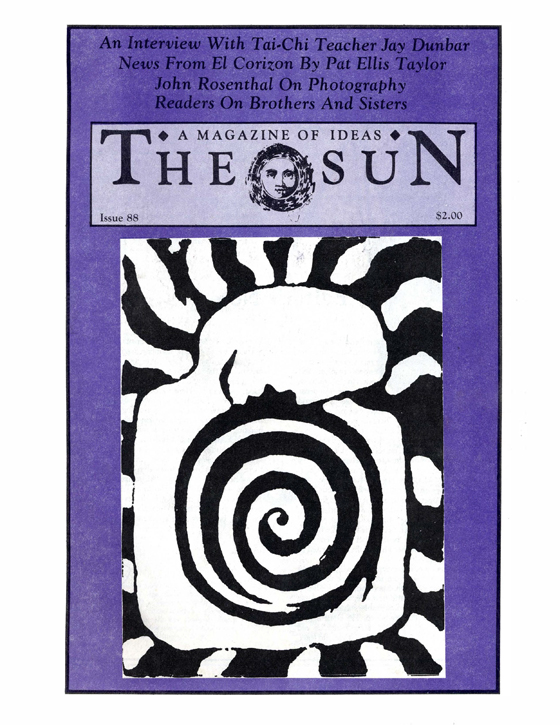 In The Composing Room

My Father’s Garage On Christmas Night