Trouble is a part of your life, and if you don’t share it, you don’t give the person who loves you enough chance to love you enough.

For no actual process happens twice; only we meet the same sort of occasion again.

Love is more than one set of glands calling to another.

Even the promiscuous feel pain.

Success can make you go one of two ways — it can make you a prima donna, or it can smooth the edges, take away the insecurities, let the nice things come out.

Proper unification is a dedication not to the other but rather to life as it is lived with the other.

I decided to start anew — to strip away what I had been taught, to accept as true my own thinking. This was one of the best times of my life. There was no one around to look at what I was doing, no one interested, no one to say anything about it one way or another. I was alone and singularly free, working into my own, unknown — no one to satisfy but myself. I began with charcoal and paper and decided not to use any color until it was impossible to do what I wanted to do in black and white. I believe it was June before I needed blue.

Some things you must always be unable to bear. Some things you must never stop refusing to bear. Injustice and outrage and dishonor and shame. No matter how young you are or how old you have got. Not for kudos and not for cash. Your picture in the paper nor money in the bank, neither. Just refuse to bear them.

Always design a thing by considering it in its next larger context — a chair in a room, a room in a house, a house in an environment, environment in a city.

There are moments that contain eternity.

Part of me is still waiting to grow up, to be an adult, and the other part knows there is no such thing.

Sometimes, Lord, one is tempted to say that if you wanted us to behave like the lilies of the field you might have given us an organization more like theirs. But that, I suppose, is just your grand experiment. Or no; not an experiment, for you have no need to find things out. Rather your grand enterprise. To make an organism which is also a spirit; to make that terrible oxymoron, a “spiritual animal.” To take a poor primate, a beast with nerve endings all over it, a creature with a stomach that wants to be filled, a breeding animal that wants its mate, and say, “Now get on with it. Become a god.”

It’s a risky thing to pray and the danger is that our very prayers get between God and us. The great thing in prayer is not to pray, but to go directly to God. . . . The fact is, however, that if you descend into the depths of your own spirit . . . and arrive somewhere near the center of what you are, you are confronted with the inescapable truth that, at the very root of your existence, you are in constant and immediate contact with the infinite power of God.

Life shrinks or expands according to one’s courage.

It is one of the most beautiful compensations of this life that no man can sincerely try to help another without helping himself.

To the blind pen the hand that writes is unreal, its writing unmeaning.

The created world is but a small parenthesis in eternity.

Common sense is the deposit of prejudices laid down in the human mind before the age of 18.

All who seek the roots of life dig in solitude for them. 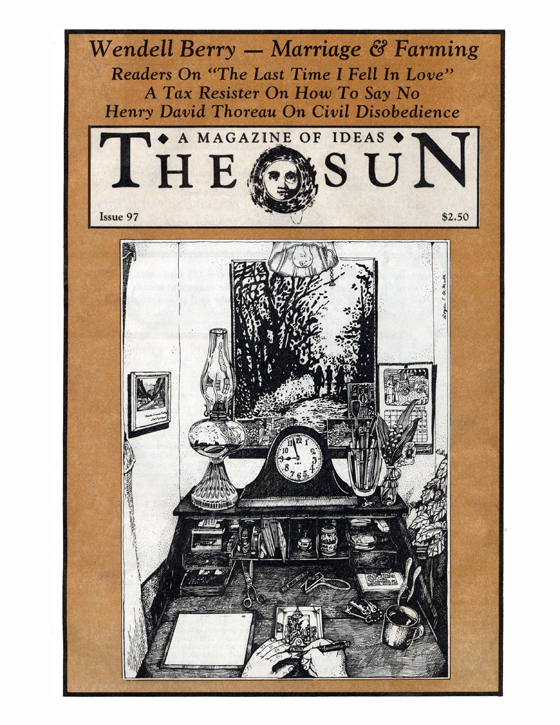 On The Duty Of Civil Disobedience

An Interview With Dirk Spruyt

Poems Of Separation And Union