If we are seriously to challenge the use of animals in research, we must challenge the practice itself, not only individual instances of it or merely the liabilities in its present methodology.

That first time they came in, he tried to explain to them, “Dumpling big, that lotta dumpling,” but they insisted they knew what they were doing.

The Case For Animal Rights

An Interview With Tom Regan

I think that I have a prima facie duty to protect the animals against the violations of their rights on the part of scientists and the agricultural industry. It’s not charity. I’m not giving them something they don’t deserve. They do deserve my assistance. A charitable act is something over and above what duty requires. It’s meritorious but not obligatory. Well, assistance is not an act of charity, it is an act of duty.

Many days Ann took the coat out of the front closet, placed it over her arm and stroked the white fur. She imagined herself standing at the North Pole surrounded by clean white snow as far as the eye could see in all directions, snow sifting from the colorful flickering sky and falling softly around her in the antiseptic cold, falling and collecting smooth and without footprint to the horizon. In the frozen wastes of her imagination, under the aurora borealis of her wounded central nervous system, she could achieve numbness.

We know something at the same time — we need to get out quick, Hal is already out, and Chuck is out on the other side, Anne and I are scrambling out, then we’re in the middle of the road in a little group, all looking at the illuminated bird. As the bird stands still in the air, I get an old ecstatic feeling of being overcome.

The mss. following, For Want Of originated in my desire to make a simple statement about animals: our egotistical, destructive “categorical separation” of Life, our overtly cruel treatment of animals for often pointless or, at best, ambiguous studies.

Is there a right way to eat? Is there a wrong way to write about it? I’ll take the second question first. I’ve got an apple in one hand, a pen in the other, and my mouth is moving as fast as my mind. Is this as bad as talking with your mouth full, or is it the boldest kind of personal journalism?

Yom Kippur. The Jewish Day of Atonement. Along with my family, I used to fast, on this holy day, to expiate my sins, to assure that God would mercifully grant me yet one more year, during which, along with my family, I might sit every night before the TV, eating enough fruit and cookies to feed the whole block. 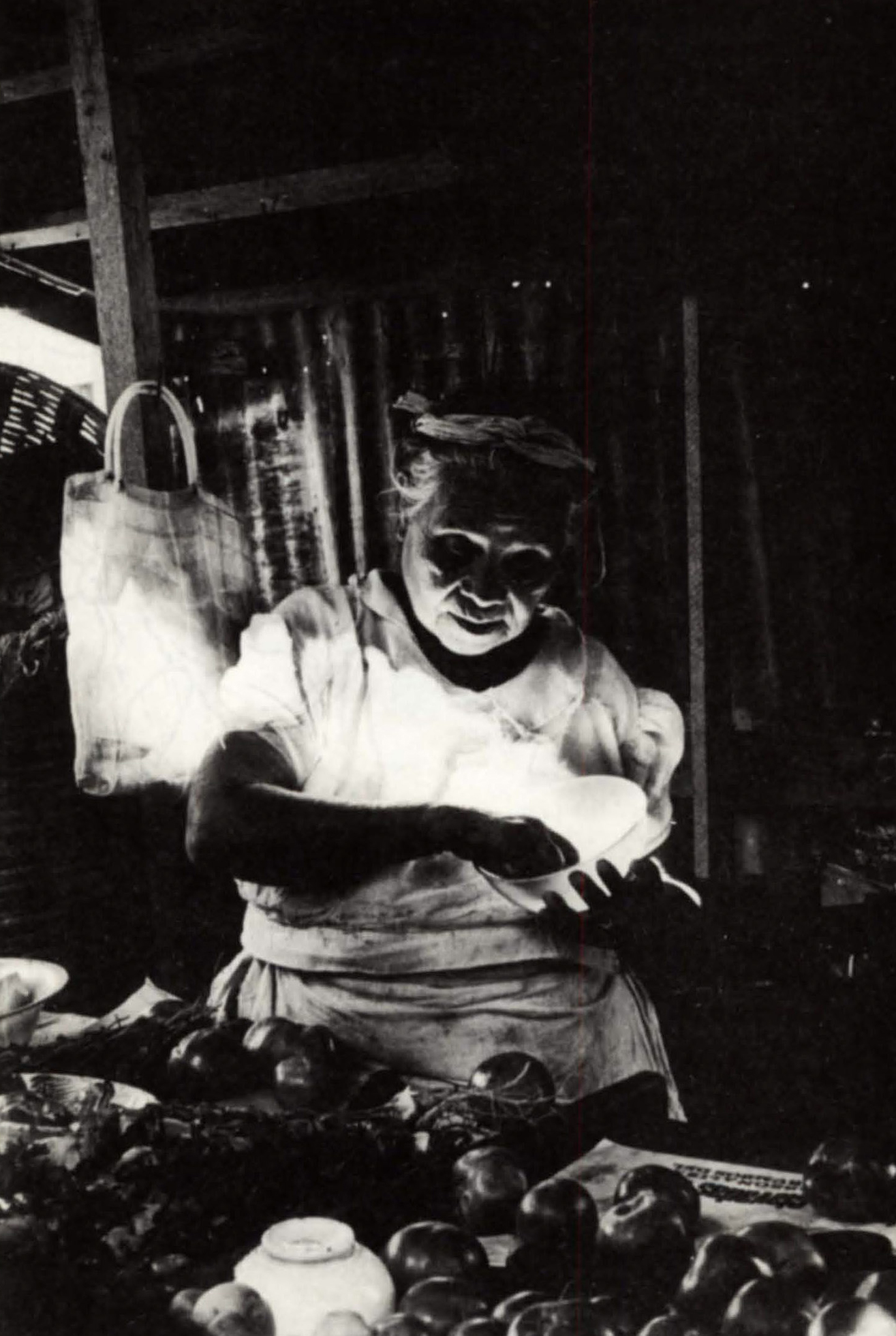