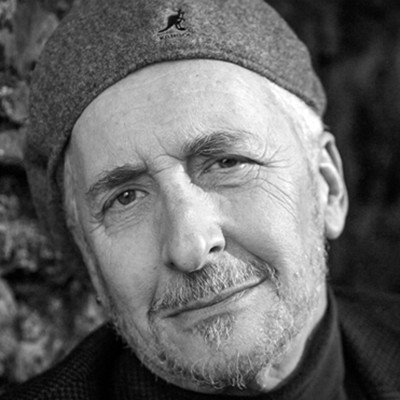 Corey Fischer co-founded the Traveling Jewish Theatre in 1978 and served as writer, actor, and director for its thirty-four years of existence. He currently teaches improvisation and helps playwrights and performers develop new work. He lives in California and is married to the writer China Galland.

Norman Fischer On The Tyranny Of The Self

We are paradoxical. We are beings who are limited and who will always create a world of suffering, and we’re beings who have the capacity to understand that and, in some way, go beyond it.

My wife China, my son Ben, and I left for the hospital at five in the morning, crossing the bay on the Golden Gate Bridge. The streets of San Francisco were still gray and quiet when we parked, but the hospital halls were alive with activity. An admittance clerk questioned me about insurance, then fitted me with an ID bracelet and ushered us into a partitioned area where a gurney waited.

I wondered what kind of food could drop from the sky like dew. Something that would melt on the tongue like a kiss and fill the body with strength.

My Father Swims Away

As my mother’s coffin was lowered into the ground, my father whispered to me out of the side of his mouth, “Spike, who’s in there?”

“It’s part of the aging process. Like sun-dried tomatoes. They taste more and more tomato-like the more shriveled they get. I’m just becoming more and more myself. You call it a caricature; I prefer to think of it as a distillation.”

November 1995
Thank You Your donations helped to keep our ad-free, nonprofit magazine in circulation last year, funding everything from production to distribution. Learn how you made a difference last year. Learn More