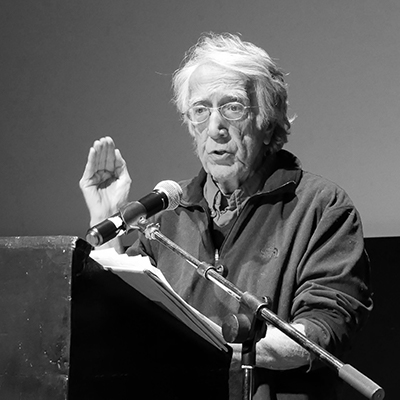 — From October 2019
The Sun Interview

Bill McKibben On A Planet In Peril

In a rational world, we would be devoting every resource to making a difference in the short amount of time we have left. Past a certain point, we won’t be able to.

Hitler could only make angry arguments. Trump, too, can’t make an appeal to reason. All he can do is push the anger button and throw abuse at people. In a sense, he is just lucky that the one thing he can do is something that resonates with a certain segment of the population.

Ralph Nader On Taking Back Power From The Corporate State

But it’s not that hard to turn the country around. Most people, whatever they call themselves — conservative, liberal, libertarian, progressive — have a deep sense of fair play and justice. They’re not sadists. They care for other people. We see this during a national disaster. All labels go out the window, and everybody helps rescue people from floods or fires. That’s what we want to tap into. That’s why I say fewer than 1 percent of the people, if they represent a majority opinion, can make a lot of changes. It won’t produce a utopia, but it will certainly produce a better country than we’ve been experiencing.

Noam Chomsky On How The U.S. Breeds Inequality At Home And Instability Abroad

Researchers find in their polls that the attitudes of the poorest 70 percent of Americans have essentially no effect on policy. Those people are disenfranchised. It doesn’t matter what they think. Political leaders just don’t pay any attention to them. As you move up the income scale, you see a little more influence. By the time you get to the top, attitudes and public policy are very similar, because the few at the top are the ones who design the policy. They essentially get what they want. You can’t call that democracy. It’s some kind of plutocracy.

Capitalism And Its Discontents

Richard Wolff On What Went Wrong

Now let’s look at the history of the individual income tax. In the 1950s and 1960s the top income-tax bracket for an individual was 91 percent. That means that for every dollar an individual earned over a certain amount — let’s just say one hundred thousand dollars — he or she had to give Uncle Sam ninety-one cents. Even in the 1970s it was still 70 percent. What is the tax rate for the richest Americans today? Thirty-five percent. Think of it: the tax rate for the richest Americans went from 91 percent down to 35 percent. Now, that’s a tax cut the likes of which has never been enjoyed by the vast majority of Americans.

Andrew J. Bacevich On How The U.S. Came To Put Too Much Faith In Military Power

In retrospect we can see that the Gulf War wasn’t the triumph it seemed to be at the time. In a tactical sense, we succeeded in ejecting Saddam Hussein’s army from Kuwait, and we did it with great speed and remarkably modest casualties on our side. But in the long run all we really did was wade deeper into a political morass that we don’t understand. After the war, the decision was made to maintain U.S. bases in Saudi Arabia. And, because we didn’t remove Saddam Hussein from power, we ended up with a policy of military containment that had us imposing sanctions on Iraq — with horrific results for the Iraqi people — and bombing the country on a weekly, if not daily, basis, beginning in 1998. So we went tripping blindly down the path to September 11, 2001. The Gulf War was a pivotal event leading to this mess we call the “global war on terror.”

We’re fooling ourselves if we think that, because we don’t have a totalitarian system or a military dictatorship, we have a real democracy with free elections. How hypocritical it is of the United States to demand that other countries have free elections, when we ourselves have elections that are not free.

We’re invading Iraq. It’s as open an act of aggression as there has been in modern history. . . . It’s the same war crime for which the Nazis were hanged at Nuremberg: the act of aggression. There’s a pretense of self-defense . . . but it’s no more convincing than Hitler’s.

If a true democratic society were allowed to function, it’s extremely unlikely that the things now called “inevitable results of the market” would ever be tolerated. These results certainly concentrate wealth and power and harm the vast majority. There’s no reason for people to tolerate that. These so-called inevitabilities are really public-policy decisions designed to lead to a certain kind of highly inegalitarian society. Talk about the inevitable processes of the market is almost entirely nonsensical, in my opinion. And if we did have a functioning democracy, we would solve the problem as Aristotle suggested: by reducing poverty and making sure that almost everyone had “moderate and sufficient property.”

November 1997
What Do You Think? We love getting letters to the editor for our Correspondence section.
Has something we published moved you? Fired you up? Did we miss the mark?
Send A Letter