She called the other day. She was reading something that reminded her of me, she said. How long had it been since we’d talked? Two years? Three years?

Such a simple and mysterious thing, to call someone — to pick up a phone, dial a number, and summon from across the miles and years a voice, a presence, the familiarity of a time long gone. How amazing to be at your desk, absorbed in your thoughts, and the next moment to be communicating with someone far away, your minds arching across space and time, unaccountably joining what a moment before was separate. Is distance real? When we touch each other, in a moment of understanding, isn’t the physical universe of crippling distances and lost memories for a moment repealed? We take it for granted — as we do most things — seeing a phone as “just” a phone, a conversation as a string of words, but to call someone is an act of pure magic, an act as intimate, as tender and reckless, as reaching across the table and giving a perfect stranger a kiss.

Our conversation took me back to the time we met, and the way we met, nearly thirteen years ago, on a cold day, on a highway. . . .

Hitchhiking’s golden age was already in eclipse by then, but its allure was still great for someone who travelled not just to get somewhere but also to learn something — about the vast distances between places and between people, about self-reliance and loneliness and friendship and surprise. The road was a teacher, the best kind of guru, winding through you wordlessly, teaching through experience. The lessons were different for each of us: different as our lives, our stories, the innocence or the cynicism in our eyes; different as the lines around our eyes, the criss-crossed joys and sorrows, telltale roadmaps of where we’d been.

Along the interstate or beside a truckstop or out beyond the rundown edge of town, you stood with your thumb out, or holding a piece of cardboard ripped from an old box, on which you’d scrawled in big, black letters where you wanted to go: Boulder or LA or, simply, Canada or West Coast. But no matter how careful with the magic marker you were, the ink would spread over the corrugated ridges like a stream overflowing its banks. It would run in tiny rivulets and make your sign a mess. Hitchhiking was messy, messy and human, like great cities, and great loves, and the great days of your life, when nothing went according to plan. You’d fold and refold your map, certain of what lay ahead, and somehow end up on a serpentine back road that went nowhere. And, after an hour or two or three in the biting cold or the merciless sun, waiting for the next ride you knew would never come — convinced you’d have to walk to the next town or sleep that night by the side of the road — you were ready to admit how foolish this was, ready to give up, ready to go home.

And it was then, at the very moment you’d had it with this aching world, with its blindness and its deafness and its utter disregard for your aching heart (and your aching feet!) that you heard a car. Impossible! And it was slowing, as if the planet itself was slowing in its mindless turning. And it was stopping, to a hallelujah of crunching gravel. Life was stopping. Love was skidding to a halt in front of you, and winking at you. Only kidding, love said. Hadn’t forgotten you, love said. Just wanted to see if you’d forgotten, love said. Hop in.

I cherish that time in my life for the adventures, the friendships, the unexpected mercies — but mostly, because I learned to trust the road. Trusting the road meant not forgetting what waits just out of sight. Possibility and connectedness and compassion aren’t on the map. Our senses may deny them. Indeed, along the desolate highway, or deep in the city, or anywhere we’re faced with ugliness and despair, love can seem like an illusion, beguiling and cruel. Perhaps, we think, we knew it as a child, but that it’s lost now; perhaps the memory of it haunts us; perhaps we see glimpses of it but don’t trust it, and so are afraid to trust anything or anyone. Trust the road? Don’t be silly. It’s unpredictable, remorseless. It winds on endlessly, like the future. You can’t see around the next bend.

For me, hitchhiking was as much an inner as an outer journey, teaching me that every step we take is metaphoric of some movement within. I was leaving behind a way of thinking that insisted on certain boundaries — boundaries I’d always contemplated nervously, like sailors before Columbus gazing fearfully at that distant rim. The world was flat; they had proof of it! What is it Richard Bach says? “Argue for your limitations and, sure enough, they’re yours.”

I was nearly thirty years old then, with two college degrees, and books from ceiling to floor, but I was just beginning to understand one of life’s most important lessons: that what we call the world is made up of sights and sounds and shadows from our private world, from our past, from the taboos on feeling and thinking we learned before we could even talk; that whatever we seek or fear “out there” is, in fact, something within; that our beliefs shape our reality as surely as a potter’s hand shapes clay.

Trusting the road was a potent symbol of my journey within a journey. To shoulder my pack and walk out to the highway with no idea of how long it would take to get where I was going — or whether I would get there at all — forced me, as someone who had always angled for the sure thing, to take another look at my trusted (but untrusting) frame of reference. Nothing in it would account for being driven several hundred miles by someone who never stops for hitchhikers; for being put up at night by perfect strangers without having to ask; for being fed. Once, someone drove more than a hundred miles out of his way to carry me right to my destination. As an Italian proverb would have it, “For a web begun, God sends thread.”

There was, too, the generosity of open and sympathetic minds, of companionship that was sudden and improbable. How often I’d be alone beside the road, car after car passing me by, alone with my solitary thoughts and a big, cloudless sky. And a car would stop. And I’d get inside. And I’d smile at the person behind the wheel. And they’d smile back. And I knew, though it made no sense, I was with an old friend. My mind might scoff but my heart could tell — for we talked with the kind of astonishing candor only strangers-who-are-friends can share.

I’d heard it said, when I’d started on my journey, that the road takes care. It struck me as naive, another Sixties myth. But before long, I was invoking it myself. Myth it might be, but I preferred it to a myth of despair. If I was wrong, I figured the news would catch up with me, but after all these years, and all these miles, it hasn’t yet.

I rarely hitchhike these days, but I don’t miss the highway — perhaps because I keep finding new places and new companions within. The wandering turns to wondering. I travel other roads: this magazine; marriage; raising my kids. They wind through different parts of me, and teach in different ways. But the rules of the road stay the same.

As to the phone call which brought back these memories, there’s little to say. We didn’t talk much, even in the old days. She was a teacher for me, though — of silence, of letting nature speak to you and for you. They’re languages I still don’t understand.

As to how we met, I’m reminded of an image from a Chinese fairy tale: lovers are attached to each other from birth by invisible strings. One night, in moonlight, the strings become visible, red lines on their wrists. The strings shorten until the two lovers meet each other on a bridge.

Which is to say, I have no idea what brought us together, what brings any two people together, to love each other for a while and go their separate ways. Invisible strings are one explanation.

Here’s another: it was a cold day, on a highway. She stopped to give me a ride. 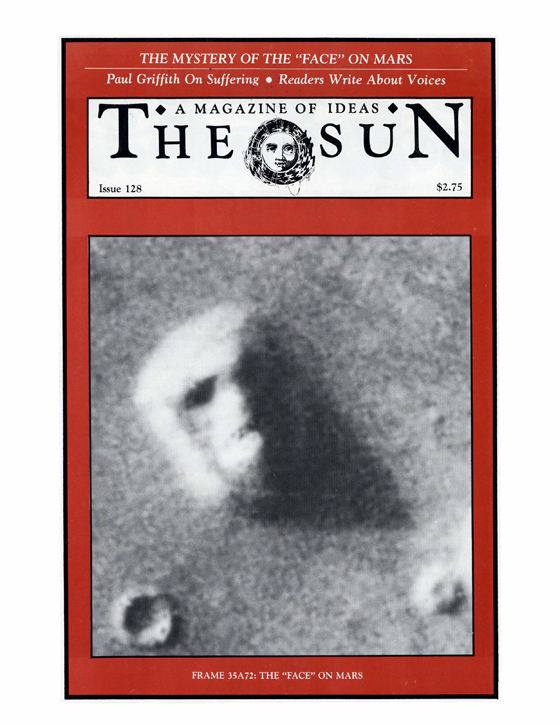