For Arlene | By Sparrow | Issue 166 | The Sun Magazine
close

A good friend of mine died, of AIDS, a few months back. I went to her, in the hospital, the day before she passed. This was near Boston, in a suburb.

I expected her to speak to me, excitedly. She was an excited person, and kind of an organizer. At her funeral address, I read from a leaflet she had sent me, about a benefit for the homeless. She helped create benefits, and in college she fought apartheid. Jazz was a love of hers, and she once interviewed Michelle Rosewoman, the pianist, for The City Paper.

But she was only dreaming, or half-dreaming, the way people do in a coma. She didn’t look happy.

Actually it wasn’t a true coma. She would wake in the morning and almost talk. She would look at the people around her, and wiggle her eyelids open and closed. Then, the technicians would renew her coma. Her coma was an artifact, like a Perry Como song.

I saw her between wakings, so I could only imagine she was talking to me. I talked to her, though. That was the way it was done. Anna told me that’s how everyone did it, before I even got there.

When I first saw her, I closed my eyes, and it was very much like speaking to God. There was a radiance around her, all over the room. Like a big shower cap bulging off her head came an upward-streaming light.

“Then I took the commuter train out here, and it was very dark. You couldn’t see anything at all out the windows, and every so often the conductor would come through and announce some amazing name of a place. All the names were crazy — names like Pontchartrain, and hyphenated names like Brasilo-Hartley.

“It felt like a sealed Presidential train, traveling through Illinois. Or like someone had dropped ink all over the map and made it vanish, and the conductors stopped the train every so often and made up a name.

“Finally, they said the name of your suburb and I got out.

“I didn’t think I’d see you tonight. I didn’t know what the visiting hours were. But I’m glad to see you. I really like you.

“It’s very difficult for you, this situation. I know it’s difficult. But it also presents opportunities. It’s a road, and a road goes somewhere. All you need is the ambition to ride the road. Sometime I will take this road, too. The railroad I took out here was like this, actually.”

I said that to Arlene, who had a transparent hose leading into her nose. Another went into her arm, and gave her watery food to eat. A machine next to her breathed for her. Other machines made notations about her heartbeat, and other Signs of Life.

AIDS places its members outside the rule of Antibiotics. It places them outside the West.

I read this article in People magazine that almost made me cry last week. A man’s legs were shot off in Vietnam and he came home, got bitter, and tried to drink himself into death, like they all do. Then his brother-in-law or someone told him, “You have two choices: to live or die.” He decided to live.

He looked at himself and thought about whom he hated the most. It was the Vietnamese, and he decided to do good to them instead.

He got in the habit of bringing hospital supplies often to Vietnam. A photograph showed him in Ho Chi Minh City, making lists of what they need. The reason I tell you this is that in Vietnam people die from infections in hospitals. They die like Arlene died, because antibiotics don’t reach them there, like they couldn’t reach her, in suburban Boston.

But in Vietnam, they feel differently, because they’re Buddhists and communists, and because metal rain fell on them for forty years.

This guy is a hero there.

Arlene was also a hero, of sorts. Her memorial service was filled to the point where some people couldn’t hear. One friend of hers who works on Wall Street almost cried: “She asked me to quit my job.”

If we gave antibiotics to everyone in the hospital in Vietnam, I wonder if AIDS would disappear. What a stupid idea. 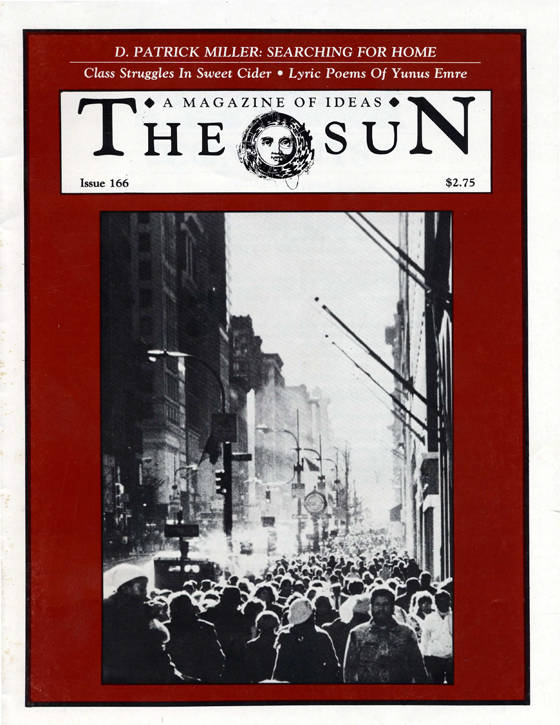