The Cruise | By Robert Walter | Issue 199 | The Sun Magazine
close

“Here we are in Martinique,” the man said. He was standing at the window with his hands in his hip pockets, looking out at the green lawn and the deep woods beyond.

“I always liked Martinique,” said the woman. She had just awakened and was sitting on the edge of the bed in her pajamas, about to slide her feet into her slippers.

“The water is that beautiful blue you like,” the man said. “It was a little rough during the night, but it’s calm now.”

“Maybe that’s why I didn’t sleep too well,” said the woman.

Helen had glaucoma and cataracts, and no longer could read or drive; she could distinguish only vague shapes and blurred images. One morning she tripped and fell, hurting her back. With therapy, she learned to get about with the aid of a walker. At about the same time, Jack had a small stroke that temporarily paralyzed his left arm.

“I’ve been thinking,” Jack had said one day. “If something happened to me, you wouldn’t be able to live alone.”

Helen sipped her coffee, thinking. “No,” she finally agreed.

They decided to move to the Buena Vista Adult Home, where there were no meals to prepare, no house to look after, and nursing care if needed. They would feel carefree and secure.

Helen was depressed about going to a nursing home and getting rid of her treasured possessions.

“It will be like being on a cruise,” Jack said.

Every year in October or November, usually over Thanksgiving, they had gone on a Caribbean cruise, aboard ships like the MS Europa, the SS Brasil, the MS Victoria, the Nieuw Amsterdam, and others — many no longer in service.

The beginning of a smile appeared on her face. “I thought the one we took in November would be the last one.”

Jack and Helen sold their house and car and disposed of all their furniture and possessions — everything except some clothes, a few pieces of jewelry, an afghan that Helen’s mother had made, their two favorite easy chairs, and six photo albums. The photo albums chronicled their lives: their wedding; the birth of their son Donald; the different houses they lived in; the cars they owned; their dogs; Christmas trees and birthday cakes; Jack’s parents’ wedding anniversary at the Graffenburg Inn. It was not easy seeing the moving men carrying the furniture away, and knowing she never again would see the dishes and lamps and pictures and knickknacks. She felt sad, too, about her old records — but, then, she had not listened to them for years. Her books sold for almost nothing.

The first day in the home, there was a knock on their open door. A voice called, “Is Virginia in there?”

“No, there’s no one by that name in here,” Jack replied.

It was Frank. A big, once-handsome man, Frank had been an electrical engineer.

“She’s my sister. I have to find her. I know she’s somewhere,” Frank replied.

“When did you see her last?” Jack asked.

They could hear him then, knocking at the door of the next room, and his voice: “Virginia. Are you in there, Virginia?”

That night, they lay in their separate twin beds. They had always shared a double bed. Neither of them could fall asleep.

Then Jack said, “Well, we’re on the SS Buena Vista. We sail sometime during the night.”

“I don’t care where we go, as long as we are together,” Helen said.

“I think we’re moving now. Yes, I can feel us moving,” he said. “We’re turning now, heading for an island we’ve never been to before.”

After a while Helen said, “This is our fifteenth and last cruise.”

But there was no answer. She could hear his heavy breathing. He was asleep.

The Buena Vista Home was just off a busy highway. One could hear the low, continuous hum of the world passing by.

While there were those as helpless as babies, who had to be fed and tended to, there were also the survivors. Alert and sharp, they kept busy reading books or the Wall Street Journal, working crossword puzzles, watching TV, writing letters or poems, knitting sweaters for great-grandchildren, playing bridge or bingo, dancing stiffly but spiritedly to the old tunes, telling off-color jokes, longingly eyeing the big-busted nurse.

There were the two women who constantly walked the hallways together. One wore a pink sweat suit, the other a dress. The one in the pink held on to the other’s elbow. And she, with her free hand, daintily held up the hem of her dress.

One time as Jack was passing them in the corridor, he stopped and said, “How are you ladies today?”

They stood there, pleasantly smiling.

“What are your names?” he asked.

“Evelyn,” said the one in the dress.

They looked at each other. “Her name is Verna.”

“Verna,” repeated the one in the sweat suit.

“You’re cute,” said the one in the dress.

“Are you enjoying the cruise?” Jack asked.

As they walked away, they both looked back.

“Vote for Dewey,” said the one in the dress.

Once, when she sat next to Jack, he asked, “Why do you keep saying that?” She turned to him with a scornful look, then got up and walked away.

Jack and Helen played their own game aboard the SS Buena Vista. They referred to their long, narrow room with twin beds and private bath as their stateroom. They called the side porch overlooking the pond “the deck.” The lounge was always the Carioca Lounge, where an elderly woman, with white, shoulder-length hair, fumblingly played the piano a half-hour before dinner. The nurses were the stewardesses; the windows, the portholes. The nurses’ station was the purser’s office. The other residents were the passengers.

Jack and Helen always dressed for dinner. She would wear a simple, tailored dress, and maybe a string of pearls and earrings. Her hair was always just so. He would wear a sports coat and tie in cool weather, and a sports shirt and jacket in summer. He was a little heavy around the waist, but she was still trim as a young girl.

One day, back in their room after lunch, Helen sat staring blankly ahead of her at the framed picture on the dresser of their son Donald, with his wife Cindy and daughter Jennifer. Donald had asked them to come live with them, but he knew they never would. They would not want to intrude, and though Cindy was always pleasant enough, they never felt quite comfortable with her. Donald and his family lived about an hour’s drive from the home, and frequently came on Saturdays or Sundays or holidays to take them out to a restaurant for dinner.

But now, Helen was thinking about their house. She wondered how the new owners had furnished it. She tried to remember exactly how it had been — where the furniture stood, the pictures on the walls, the carpets, the items on each table, the views from the windows, the bedroom wallpaper. It bothered her when certain details blurred or she could not be sure about something.

Jack looked up from polishing his shoes. “You’re thinking about the house again,” he said.

“Yes,” Helen said. “I was thinking how things used to be.”

Jack looked at her again and frowned.

She said, “I’m not even sure what year it is anymore.” She smiled sadly. “Sometimes I wonder if it all ever really happened, or if I made it up one sleepless night. Were the people real? Or the town? Even the house seems no more than a stage set.”

A sudden, disturbing, almost inhuman whine came from down the hall.

Jack went over to Helen. “You look lovely today,” he said. “Shall we go ashore or stay on board and sit on the deck?”

They sat on chairs beside each other on the porch, watching some ducks paddling about on the pond. Jack said, “Look at the pelicans.”

“What shall we go as?” Helen asked.

“Yes. We’ll go as we were when we first met. A beautiful girl with the prettiest smile and a handsome, clean-cut young man — with all of life still ahead of them. Yes, that’s what we’ll be. That’s what we’ll go as.”

“We’ll be the best-looking couple on the dance floor,” she said.

Jack placed his hand over her hand on the arm of the chair. She turned to him. Their eyes met. They smiled. They hadn’t changed. Nothing had changed at all.

Evelyn and Verna came onto the porch then — Verna holding on to Evelyn’s arm, Evelyn delicately holding up the hem of her dress. They walked over to the railing and stood silently looking at the ducks. Each could have been alone. Then, as one, they turned and hurried back inside.

Jack looked at his watch. “Well, shall we go in? It’s almost time for bingo. I feel lucky today.”

The next morning, after he had taken Helen to have her hair done for the masquerade party, Jack went out onto the porch alone. There was no one there that early but a woman in a wheelchair, a sweater over her shoulders, smiling to herself at some secret memory.

Jack sat in a rocking chair. The warm morning sun felt good. The leaves seemed to have changed color overnight.

A cat began to meow beneath the porch.

The old woman started to babble something that only she, and maybe God, understood. A moment later her head was bent forward, and she was sound asleep.

It is all a big joke, he thought. The whole thing is one great big joke.

Jack sat there until it was time to get Helen at the hairdresser’s. She could not see well enough to find her way back alone.

That night when they turned off the lights, Jack lay with Helen in her bed for a few minutes.

“Where will we be tomorrow?” Helen asked, as they lay there together.

“That’s where the limbo dancers came aboard, wasn’t it? And they had a limbo contest for the passengers and I took that picture of you on your back, wiggling under the pole they were holding. You hated the picture because it showed the little bald spot on top of your head.”

“And remember that wild woman who thought she was a sex kitten? Everybody joked about her. She was from Paramus, New Jersey.”

“My, you even remember her name,” Helen said with a little laugh.

Jack had just returned to his own bed when there was the sound of someone knocking on the door across the hall. “Virginia? Are you in there, Virginia? This is your brother, Frankie.” 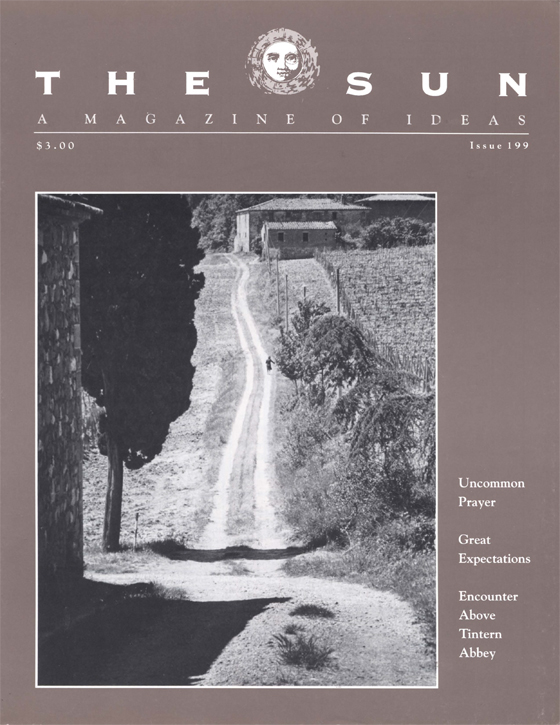 The Map I Was Promised