The Chinese say that when you have too much trouble, you write poetry. There are two kinds of poetry: in one you jump in; in the other you jump out. If you jump out, you become a philosopher. If you jump in, you die with the poem.

It’s true that heroes are inspiring, but mustn’t they also do some rescuing if they are to be worthy of their name? Would Wonder Woman matter if she only sent commiserating telegrams to the distressed?

An individual who breaks a law that conscience tells him is unjust, and who willingly accepts the penalty of imprisonment in order to arouse the conscience of the community over its injustice, is in reality expressing the highest respect for the law.

Perfect courage is to do without witnesses what one would be capable of doing with the world looking on.

You hear them at the grocery store deliberating the balsamic vinegar and olive oils, the cold-pressed virgin olive oil, the warm-pressed olive oil, and you think: These people probably subscribe to an olive-oil magazine. . . . These are people with too much money and very little character, people who are all sensibility and no sense, all nostalgia and no history, the people my Aunt Eleanor used to call “a ten-dollar haircut on a fifty-nine-cent head.

This republic was not established by cowards, and cowards will not preserve it.

The more characteristic American hero in the earlier day, and the more beloved type at all times, was not the hustler but the whittler.

It was chilling to realize that the sentimental qualities most valued between people, like loyalty, constancy, and affection, are the ones most likely to impede change.

History never looks like history when you are living through it. It always looks confusing and messy, and it always feels uncomfortable.

In our world of big names, curiously, our true heroes tend to be anonymous: . . . the teacher, the nurse, the mother, the honest cop, the hard workers at lonely, underpaid, unglamorous, unpublicized jobs.

The lion and the calf shall lie down together but the calf won’t get much sleep.

There are some women who seem to be born without fear, just as there are people who are born without the ability to feel pain. The painless ones go around putting their hands on hot stoves, freezing their feet to the point of gangrene, scalding the lining of their throats with boiling coffee, because there is no warning anguish. . . . Providence appears to protect such women, maybe out of astonishment.

There is plenty of courage among us for the abstract but not for the concrete.

While we are watching a sunset or listening to a piece of good music or having a good meal, if, for some reason, we have the immanence of the Christ break in upon our consciousness and we feel a sense of oceanic love and oneness . . . it is easy to come up with all sorts of excuses about why we shouldn’t be feeling it. It is easy to deny it or, on the other hand, to think that since we are feeling this, therefore we must be a great realized master. Instead, we could be feeling that this is an experience of the most ordinary and natural state for a human being.

My mistake was what Pascal, if I remember rightly, calls “the error of stoicism”: thinking we can always do what we can do sometimes.

“I’m very brave generally,” he went on in a low voice, “only today I happen to have a headache.”

Tweedledum in Lewis Carroll’s Through the Looking Glass 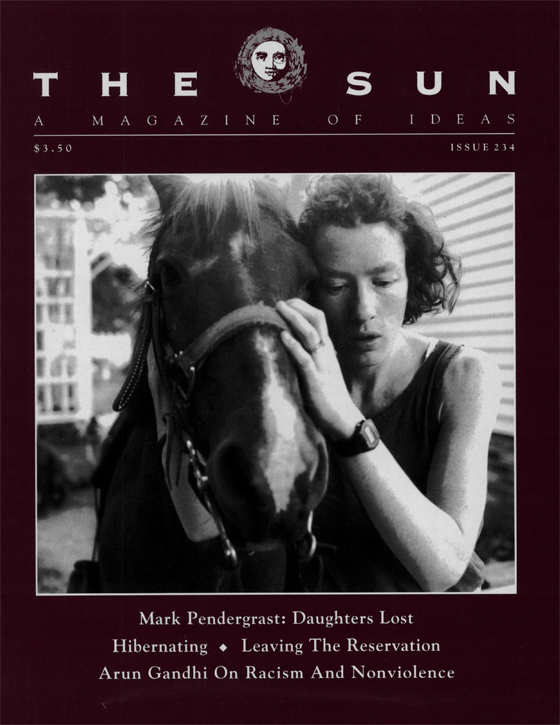 The Bear As Buddha