The Distance | By Gene Zeiger | Issue 275 | The Sun Magazine
close

It is summer, lovely summer, and I am sitting beside my son, Josh, on the couch, grabbing a bit of leisure between gardening and everything else. He is wearing shorts, and I touch the large scar on his left leg and say, “It’s healed so well,” remembering when the wound was a crater almost the size of my palm.

“It has,” he says, running his fingers over its shiny surface. “Did I ever tell you,” he asks, “that when the doctor in Lima was cleaning it out, after he gave me a spinal — did I ever tell you I had a spinal?”

I shake my head.

“Well, afterwards, the doctor kept saying, ‘You are lucky. You are lucky,’ over and over — in Spanish, of course.”

As I listen, a finch flies by outside the window, its gold breast in shiny contrast to the black and white of its wings. My son rarely talks about that trip to Peru three years ago, during which he was shot and his friend Patchen was killed. It’s not something you reminisce about: fleeing for five hours from bandits who are trying to kill you, running through the jungle and swimming in a river full of filth and piranhas. Josh escaped using maneuvers that he’d picked up watching Rambo movies behind my back as a teenager.

“Because,” Josh explains, bringing his thumb and forefinger almost together, leaving only a small space in between, “if the bullet had gone in just one centimeter deeper, it would’ve hit a major artery, and I would’ve bled to death.”

I stare at the space; it is a very small space indeed.

This, I understand, is how I will hear his story: one centimeter at a time. Today’s disclosure is a gift of sorts, a small part of the enormous gift of Josh’s aliveness. He could just as easily have been the one killed when the bandits found the two of them camped on an island in the Maranon River. Patchen, wearing a headlamp, happened to be the one to go out and greet the unexpected visitors.

“It was either luck or fate,” Josh says. “Which do you think?”

I think about it, think how those three words, luck or fate, enclose the greatest mystery.

Afterward, I can’t stop thinking about that small distance between Josh’s thumb and forefinger. I keep imagining what else lives in that tiny space.

It is, I think, the opening through which my dead father came back to me in a dream and, holding me in his arms, convinced me of the love he’d always had for me, a love I’d never understood before. I think also of the gap between pairs of lips about to meet for the first time, and how that tiny gap contains all the generations yet to be born.

This distance also reminds me of:

The amount by which I once missed getting hit by a car.

The length I always had to hem Josh’s pant legs so he could actually walk in them.

The thickness of the layer of dark, dead cells in my mother’s CAT scan after she began acting very forgetful.

The space between having a desire and making it real — for example, thinking it would be good to go to a concert and then finding yourself with Mozart in your ears, the brass section gleaming like a river just a stone’s throw away.

How much my mother told me it would hurt — “only this much” — before applying iodine to a cut on my knee.

The amount of time it took for one husband to say, “It’s over,” and for another to say, “I love you,” and prove it.

The distance between my daughter’s every mood and my own.

The distance that the dancer Bill T. Jones moved his hand on stage after explaining how he had outlived his partner, who had died from AIDS. “Being able to move, to do just this,” he said as his fingers traveled that short distance with outrageous grace, “is a miracle.” 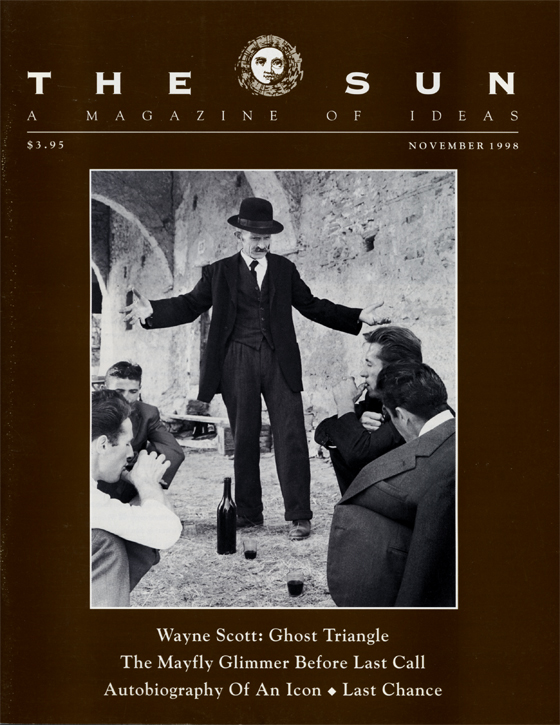 The Boy Who Dreamed Of Me