A friend is in the hospital; another friend’s father is dying. Here in the butcher shop, the cleavers are sharp, there’s blood everywhere, and everyone knows the score. I’ve tried to stay healthy, honor this magical body, but when the man behind the counter turns around, I’ll know my number is up. He’ll nod, wipe his hands on his apron. God’s no vegetarian, that’s for sure.

I’m dying. We’re all dying. It’s only the dead who are no longer dying, who have all the time in the world. Here among the living, the days never seem quite long enough. So we drink that extra cup of coffee, drive a little faster, skip the foreplay. There are only so many minutes in an hour, and it’s the same no matter how important you are, even if you’re the president, even if you think you’re the president of your own little life.

We left the twentieth century behind. What choice did we have? The future beckoned with a new millennium, a fresh start. Yes, the century that gave birth to us was still breathing, but just barely. What were we going to do with a century that could no longer feed herself, or remember the difference between the First World War and the Second World War, or tell the Armenian orphans from the Vietnamese orphans from the Rwandan orphans? All the names of all her children, forgotten.

Everyone was shocked by September 11, Leonard Wieseltier wrote in the New Republic, but not everyone was philosophically unprepared for it.

Maybe we’ll start the next war not with bombs dropped from 10,000 feet but with a reconnaissance team led by President Bush and Vice-President Cheney. Disguised as locals, they’ll slip into Iraq on a moonless night and hitch a ride to Baghdad. There they’ll lay in wait for Sadaam Hussein while our troops move into position: one hundred thousand eighteen-year-olds in uniform, still our most reliable weapons of mass destruction.

I dreamt that the president and his cabinet had fled for a space station miles above the earth. In the empty White House, I wandered the halls with a beautiful stranger. We knew the missiles had been launched; we knew we were doomed. In the Oval Office, the woman turned to me; we kissed; one thing led to another. Afterward, as we lay in each other’s arms, I glanced at my watch, wondering how much time we had left. The woman nudged me; she asked if I wanted to do it again. So soon? I didn’t know if I could. But I didn’t want to admit it. That’s the last thing a man wants to do.

So little progress to report: Osama bin Laden hasn’t been captured, and neither have I ferreted out the terrorists in my own psyche. Loneliness seems to have a life of its own. So do lust and greed and fear.

Is it difficult to live with greater awareness? Of course! Is that my fault? Of course not!

I’ll never be an enlightened master or live in some mansion of spiritual perfection. But if I can remember to be truthful and to keep my heart open, I can love the neighborhood I’m in. Maybe the wisdom I seek is closer than I think. Maybe it’s as close as the hidden God, who doesn’t shrink from the broken world, who doesn’t abandon us even when we insist we’ve been forsaken.

What will it take to remember that we’re all in this together? Born one day, naked and helpless, we’re all still naked under these clothes. And no matter what flag we salute or which God we worship, one day we’ll all be history. Even Osama bin Laden. Even George W. Bush. “Death is our eternal companion,” the Yaqui sorcerer don Juan said. “It is always to our left, an arm’s length behind us.”

Lying in bed, reading another spiritual book, I wonder how many books like this I’ve read in my life, how many more I’m likely to read. There’s a breeze from the window. The woman I love is asleep beside me. The cats are curled at the foot of the bed. Turning the page, I wonder why I keep searching for truth in the eloquent words of others, as if truth were shy about appearing before me naked. 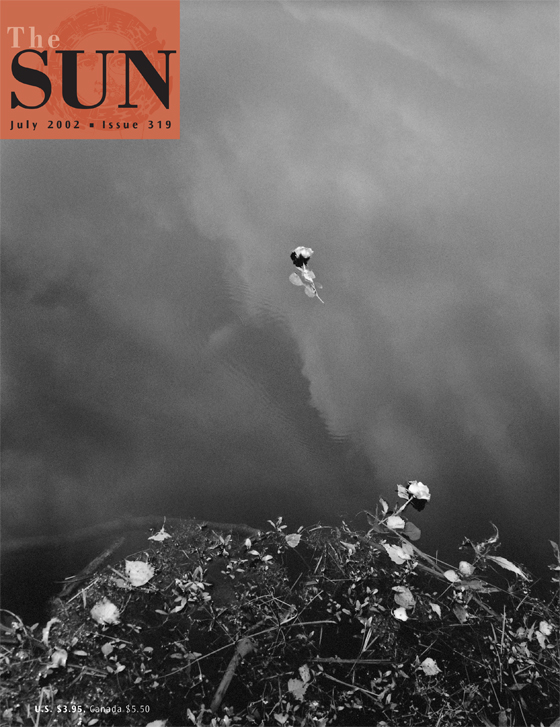 Beyond Happiness And Unhappiness