You can no more win a war than you can win an earthquake.

Human beings are perhaps never more frightening than when they are convinced beyond doubt that they are right.

If I got to make just one law, it would be that the men who make the decisions to drop bombs would first, every time, have to spend one whole day taking care of a baby. We were not made to do this killing thing, I swear. Back up. It’s a big mistake.

I suffer more from the humiliations inflicted by my country than from those inflicted on her.

Q: What’s the difference between religion and patriotism?
A: When a dog howls at the moon, that’s religion. When a dog barks at a stranger, that’s patriotism.

Making weapons is what we know how to do best, the supreme achievement of late-twentieth-century American civilization. To this blessed work we assign our finest intellect and the largest share of our treasure, and in the magnificence of an aircraft carrier or a cruise missile we find our moral and aesthetic equivalent of the Sistine ceiling and Chartres Cathedral.

They wrote in the old days that it is sweet and fitting to die for one’s country. But in modern war, there is nothing sweet nor fitting in your dying. You will die like a dog for no good reason.

America is addicted to wars of distraction.

All wars are civil wars, because all men are brothers.

It is isolation that is critical to war. You can’t be abusive when you realize your connectedness.

I’m sure that President Johnson would never have pursued the war in Vietnam if he’d ever had a Fulbright to [travel to] Japan, or say Bangkok, or had any feeling for what these people are like and why they acted the way they did. He was completely ignorant.

Never think that wars are irrational catastrophes: they happen when wrong ways of thinking and living bring about intolerable situations. . . . The root causes of conflict are usually to be found in some wrong way of life in which all parties have acquiesced, and for which everybody must, to some extent, bear the blame.

People want to be who they are. People don’t want to assume a kind of identity . . . this persona that Americans think makes us the envy of the rest of the world. Even within our own borders there are three hundred different cultures who do not envy Americans so much that they want to give up their tribal status.

A good deal of tyranny goes by the name of protection.

It is my intention to make my entire life a rejection of, a protest against the crimes and injustices of war and political tyranny which threaten to destroy the whole race of [humankind] and the world with [it]. . . . I make monastic silence a protest against the lies of politicians, propagandists, and agitators, and when I speak it is to deny that my faith and my church can ever be aligned with these forces of injustice and destruction. But it is true, nevertheless, that the faith in which I believe is also invoked by many who believe in war, believe in racial injustices, believe in self-righteous and lying forms of tyranny. My life must, then, be a protest against these also, and perhaps against these most of all.

War would end if the dead could return.

If any question why we died,
Tell them, because our fathers lied. 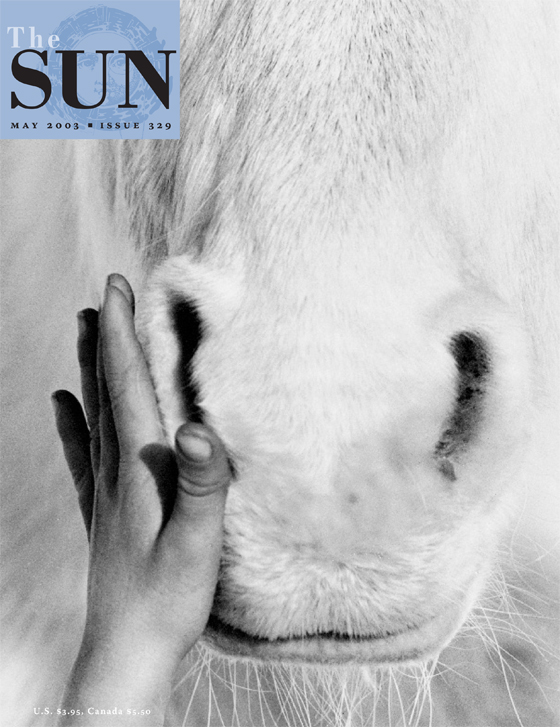 The Botany Of Desire

By Michael Shilling
The Sun Interview

Tricks Of The Trade