This was the dawn of plastic eating in America. . . . We doted on Velveeta. Spam. Canned ravioli. Instant puddings. Instant anything. The farther a thing was from the texture, flavor, and terrifying unpredictability of real food, the better.

Fake food — I mean those patented substances chemically flavored and mechanically bulked out to kill the appetite and deceive the gut — is unnatural, almost immoral, a bane to good eating and good cooking.

For the first time in the history of the world, every human being is now subjected to contact with dangerous chemicals, from the moment of conception until death.

I want nothing to do with natural foods. At my age I need all the preservatives I can get.

We may find in the long run that tinned food is a deadlier weapon than the machine gun.

One of the joys our technological civilization has lost is the excitement with which seasonal flowers and fruits were welcomed; the first daffodil, strawberry, or cherry are now things of the past, along with their precious moment of arrival. Even the tangerine — now a seedless clementine — appears months before Christmas.

Once, perhaps, the God-intoxicated few could abscond to the wild frontiers, the forests, the desert places to keep alive the perennial wisdom that they harbored. But no longer. They must now become a political force or their tradition perishes. Soon enough, there will be no solitude left for the saints to roam but its air will shudder with a noise of great engines that drowns out all prayers.

Humans — despite their artistic pretensions, their sophistication, and their many accomplishments — owe their existence to a six-inch layer of topsoil and the fact that it rains.

It seems to me that our three basic needs for food and security and love are so mixed and mingled and entwined that we cannot straightly think of one without the others.

There’s little risk in becoming overly proud of one’s garden, because gardening by its very nature is humbling. It has a way of keeping you on your knees.

Gardening is not a rational act. What matters is the immersion of the hands in the earth, that ancient ceremony of which the Pope kissing the tarmac is merely a pallid vestigial remnant. In the spring, at the end of the day, you should smell like dirt.

Whoever could make two ears of corn, or two blades of grass to grow upon a spot of ground where only one grew before, would deserve better of mankind, and do more essential service to his country, than the whole race of politicians put together.

Have you become a farmer? Is it not pleasanter than to be shut up within four walls and delving eternally with the pen?

When one tugs at a single thing in nature, he finds it attached to the rest of the world.

Lyda was an exuberant, even a dramatic gardener. . . . She was always holding up a lettuce or a bunch of radishes with an air of resolute courage, as though she had shot them herself.

Sex is good, but not as good as fresh sweet corn.

The miraculous is not extraordinary but the common mode of existence. It is our daily bread. Whoever really has considered the lilies of the field or the birds of the air and pondered the improbability of their existence in this warm world within the cold and empty stellar distances will hardly balk at the turning of water into wine — which was, after all, a very small miracle. We forget the greater and still continuing miracle by which water (with soil and sunlight) is turned into grapes.

The grandeur of nature is only the beginning. Beyond the grandeur is God. 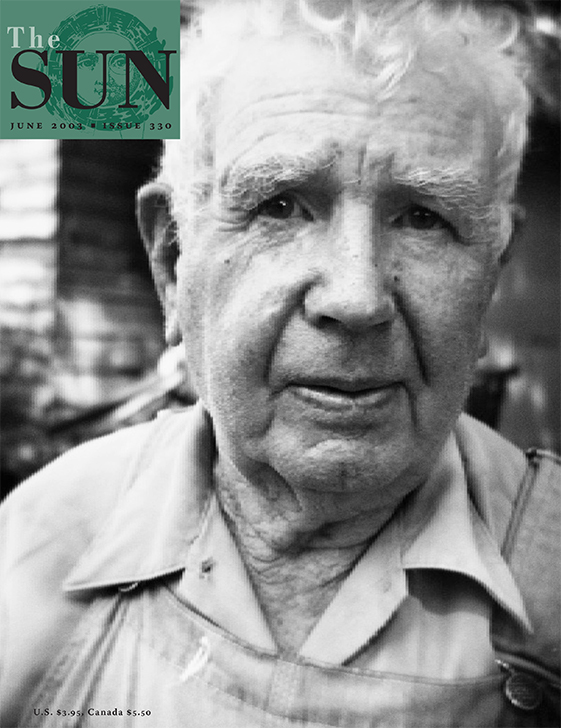