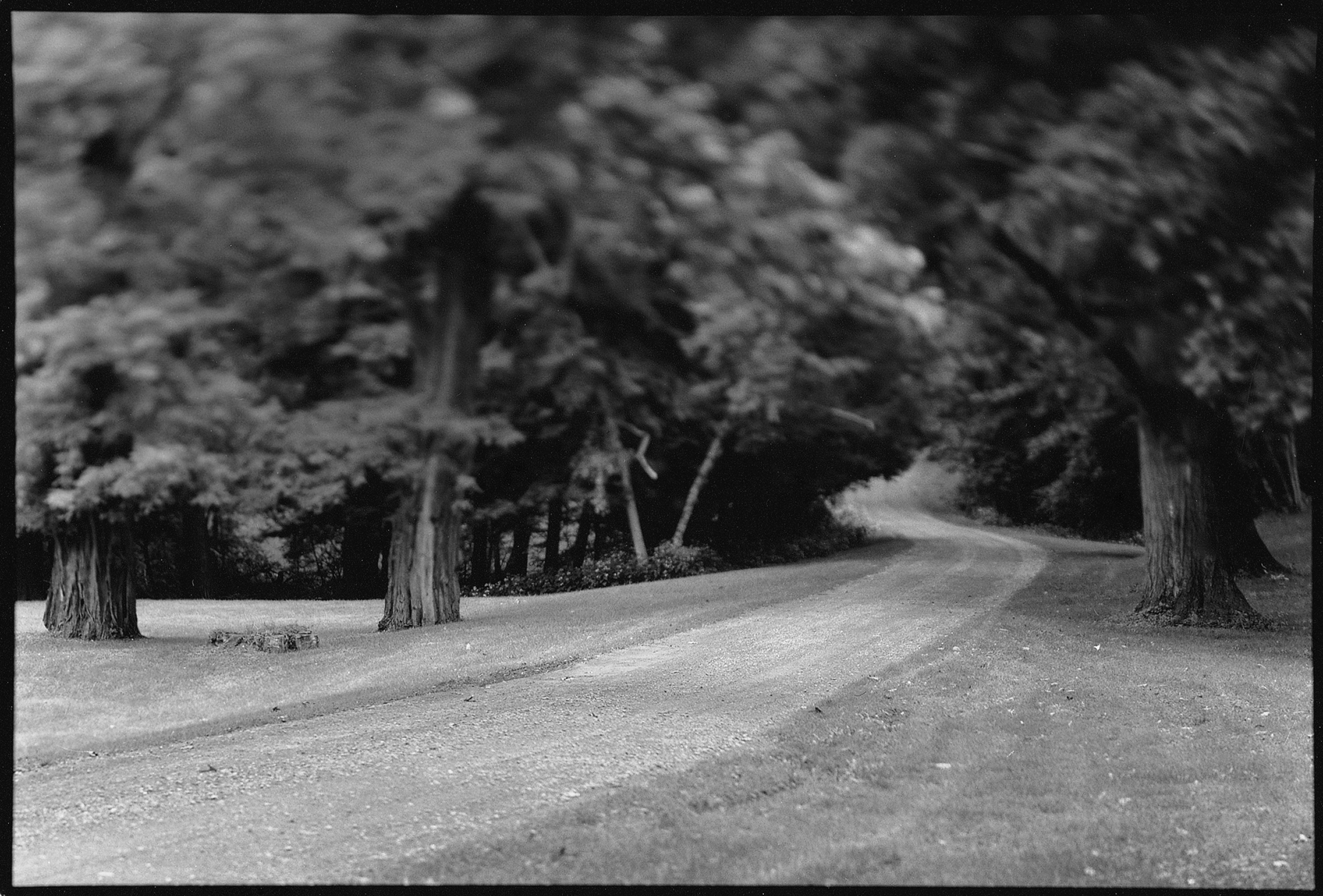 Driving across America the August before I stopped drinking, I found myself in Tennessee, taking note of that big look that trees get in the East at the end of summer: a line of them at the far end of a field, like blooms of dark green ink dropped into water. When you see a group of trees like that, it’s easy to think that you could drop everything and march off into them, the way Robert Frost is always talking about doing in his poems, marching and marching until you arrive at the secret heart of the world. Of course, when Frost talked longingly about disappearing into the lovely woods, he was really talking about death. But what kind? Death in the sense of simple annihilation, of darkness and the merciful extinguishing of consciousness? Or death as goal, as finish line, as the fantastic adulthood for which the life we know is merely a kind of preparatory adolescence? All trees say: Vanish into us. But they say it in different ways. Take the kind of trees — ragged, sinister, fringed with litter — that one sees near service stations, or in the background on the evening news: “It was here, in this wooded area, less than a mile from where they were last seen alive . . .” Walk into a stand of trees like that, and you risk ending up scratched and sweaty, having traveled for miles in the wrong direction, and not an inch closer to the secret heart of anything than you were when you set out.

Not to dwell on the drinking, but that’s what happened with it as well: you started with a simple, clean desire to go and go, but at some point a wrong turn was always taken, and you woke up dead and dull and about as far from the true center as it was possible to get.

Tennessee is a big state. That summer, I was still in it hours after I figured I would have left it behind.

Sometimes In The Shower

Sometimes, when you’re taking a shower in a house where the plumbing doesn’t work so well, there will be a clank behind the walls, and the water will go cold for a moment. Amid the steam and the white towels, the old truths will suddenly return: life ends badly; comfort and security are cruel illusions; this self of mine that feels so solid and eternal is doomed to sputter and sink, like a would-be nineteenth-century aviator in a grainy photograph, drifting back to earth in his flapping, failed machine.

Then, just as these thoughts are really taking hold, the hot water comes back on, and all is well again. The old truths turn out to be simple fictions created in the darkness and discomfort of other times and other places. It’s different now; it really is. The great transit can be made, the impossible operation performed, the football thrown from the far end of the field and caught and carried triumphantly into the end zone. I reach past the shower curtain, turn off the light, and sit down on the floor of the tub. Down here, the water feels like warm rain falling in a distant jungle. And I am a stone statue, brooding in darkness, waiting for the explorers to arrive.

The Penis Is A Symbol For The Soul

It’s a cliché that many objects one encounters in life — cigars, airplanes, surfboards — can be understood as symbols of the penis, but few realize that the penis itself is a symbol of the soul. We know this chiefly because of the nostalgia that it suffers. Like the soul, the penis longs to leave the body behind, to rise like a rocket breaking from a launch tower and get lost again in the blue and shoreless heaven where it swam before descending into its present life. This is the old existence, electric and free, of which the penis is so urgently and poignantly reminded whenever it finds itself inside another’s body. For a moment, penis and soul forget all their old arguments about the journey back (what to bring along, whether to get there by means of regression or forward movement) and speak as one: It’s no joke, this old dream. You must return.