There are still more than 150,000 U.S. troops in Iraq. Now there’s a sentence that rolls effortlessly off the tongue. You don’t break into a sweat when you say it. You don’t find yourself covered in blood. The thing is, many people have a hard time grasping numbers that big. So I wonder if President Bush could take some time out of his busy schedule to read us their names. Just their names, Mr. President. Not where they’re from. Not some small detail that would reveal the richness and mystery of each of their lives. Just their names. I’ve done the math: it would take five days and five nights of nonstop reading. That’s three seconds per name, Mr. President: no sleeping, no eating, no breaks for clearing brush or launching preemptive attacks on sovereign nations.

Just how prescient did Democratic politicians need to be before the invasion to realize that the Bush administration was about to add a heaping spoonful of poison to our morning cup of coffee? More than four years later, politicians who supported the war before they opposed the war expect to be praised for finally getting it right. Fine: here’s a round of applause for all those elected officials who were either gullible enough to believe the president or cynical enough to realize they could always pretend they’d been that gullible. But if the Democratic majority in Congress really wants to get the troops out of Iraq, it isn’t that complicated. The Founding Fathers left little doubt about which branch of government has the right to declare and fund a war. The decision must always be up to Congress, James Madison wrote, because those who conduct a war cannot be “safe or proper judges” of when and how to end it. In other words, Congress doesn’t need the president’s assent to end the war; the president needs Congress’s assent to continue the war. It’s quite simple, really: Imagine that your wallet has been stolen. You call your credit-card company. You ask them to cancel your card. They inform you the thief has been on a spending spree: fighter jets and helicopters and armored vehicles and guided missiles and M-16s and flak vests and combat helmets and plastic explosives and hand grenades and . . . Enough! you shout into the phone. Just cancel the damn card!

Congratulations, Miss America. You threw off the oppressor. You fought to make your house a home. And here you are, 231 years later, no longer the brave, idealistic maiden who made the Founders swoon. Here you are, Miss America, sitting on your ass and bossing the servants around. O Miss America, how the whole world drank you in back then — that hair, those lips — not sure if you’d come to save us or tease us; if you were real or just a dream.

Maybe it’s because I’m the grandson of Yiddish-speaking immigrants. Maybe it’s because I have an Eastern European surname that’s hard for many Americans to pronounce, a name I’ve dragged behind me all my life like a battered trunk from the old country. In any event, when I read about plans to stem illegal immigration by building a two-thousand-mile wall between the United States and Mexico, I’m struck by the lengths to which Americans will go to deny their immigrant roots, forgetting that objects in the rearview mirror are closer than they appear; forgetting that, except for those of us descended from indigenous North American tribes or from slaves brought here in shackles, we’re all either immigrants or the children of immigrants or the grandchildren or the great-grandchildren or the great-great-great-great-great-great-great-grandchildren of some exile, some outcast, some stranger no one could understand. What a short memory our country has. What did we name the children? Where did we park the car?

In the 1960s the convergence of the anti-war and civil-rights movements created the perfect political storm. I wonder if something similar could happen today as revulsion against the war in Iraq continues to grow, and as Latinos continue to take to the streets to press for immigration reform. True, Iraq isn’t Vietnam, but war is war, and even some Republicans now see the invasion as the worst foreign-policy blunder in U.S. history. And although the immigrant-rights movement hasn’t yet found a leader as charismatic as the Reverend Martin Luther King Jr., the force of history is surely on the side of these hardworking men and women who want to be treated with respect, not hounded as criminals because they slipped across the border to make a better life for themselves. Right-wing commentators condemn illegal immigrants for having broken the law. That’s not American, they say. That’s not the kind of people we are. But I wonder how many law-abiding Americans have cheated the IRS. Or driven while intoxicated. Or parked in a handicapped space. I wonder how many law-abiding Americans have placed an illegal bet. Or smoked marijuana. Or hired undocumented workers to care for their children or clean their houses or mow their lawns. For that matter, how many borders have American corporations crossed in order to maximize profits? How many borders have U.S. troops crossed to protect this country’s “vital interests”?

It was a cheap souvenir, a cast-metal reproduction, barely five inches tall. Still, I cherished my replica of the Statue of Liberty, which had the power of a religious icon in my boyhood home. My father’s parents, who lived with us throughout my childhood, fled Russia in 1905 to escape poverty and the state-sponsored massacres of Jews, called pogroms. They told me about the elation they’d felt when, after an arduous three-week ocean journey, they’d glimpsed the majestic statue in New York Harbor for the first time. For them, and for a young boy brought up to believe in his country’s moral supremacy, the Statue of Liberty was a symbol of refuge and hope. She was a gift from the French; her real name is La Liberté Éclairant le Monde: Liberty Enlightening the World. These days it’s hard to say what she signifies. I just know my grandparents are gone, and so is my little statue. 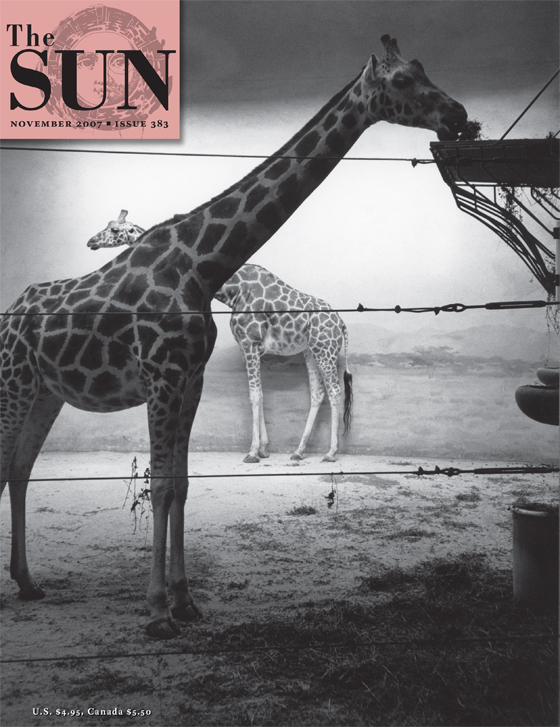 Not One Is Dissatisfied