We are traveling with tremendous speed toward a star in the Milky Way. A great repose is visible on the face of the Earth. My heart’s a little fast. Otherwise everything’s fine.

Time is at once the most valuable and the most perishable of all our possessions.

He is invariably in a hurry — being in a hurry is one of the tributes he pays to life.

Grown-up people seem to be busy by clockwork. . . . They run their unswerving course from object to object, directed by some mysterious inner needle that points all the time to what they must do next. You can only marvel at such misuse of time.

The clock talked loud. I threw it away, it scared me what it talked.

I am convinced that there are times in everybody’s experience when there is so much to be done, that the only way to do it is to sit down and do nothing.

A traveling salesman, seeing a farmer holding a large pig up to an apple tree to feed him an apple, stopped and asked, “Wouldn’t it save a lot of time just to pick the apple and give it to the pig?” Replied the farmer: “What’s time to a pig?”

Half our life is spent trying to find something to do with the time we have rushed through life trying to save.

The prospect of a long day at the beach makes me panic. There is no harder work I can think of than taking myself off to somewhere pleasant, where I am forced to stay for hours and “have fun.”

Leisure is gone — gone where the spinning wheels are gone, and the packhorses, and the slow wagons, and the peddlers who brought bargains to the door on sunny afternoons.

It is an ironic habit of human beings to run faster when we have lost our way.

To sit with a dog on a hillside on a glorious afternoon is to be back in Eden, where doing nothing was not boring — it was peace.

Nature does not hurry, yet everything is accomplished.

We do not know whether today we are busy or idle. I have seemed to myself very indolent at times, when, as it afterward appeared, much was accomplished in me.

We owe most of our great inventions and most of the achievements of genius to idleness — either enforced or voluntary. The human mind prefers to be spoon-fed with the thoughts of others, but deprived of such nourishment it will, reluctantly, begin to think for itself — and such thinking, remember, is original thinking and may have valuable results.

One way to slow down and begin to change our perspective is to begin to measure our lives by each breath we take, rather than by each day, month, or year. . . . It won’t make a better you or a worse you. But it will reveal you.

No one can get inner peace by pouncing on it.

Paradoxical as it may seem, the purposeful life has no content, no point. It hurries on and on, and misses everything. Not hurrying, the purposeless life misses nothing, for it is only when there is no goal and no rush that the human senses are fully open to receive the world.

What am I doing? Nothing. I am letting life rain upon me. 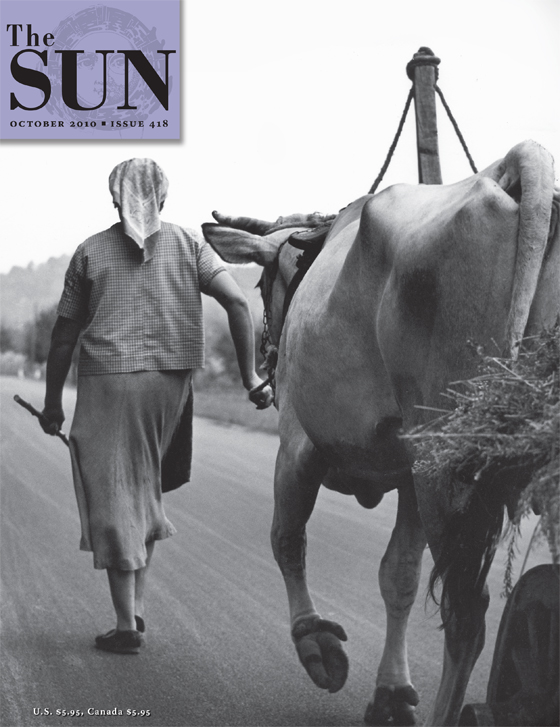 The Primitive Tongue Of A Lesser Species

In My Good Death