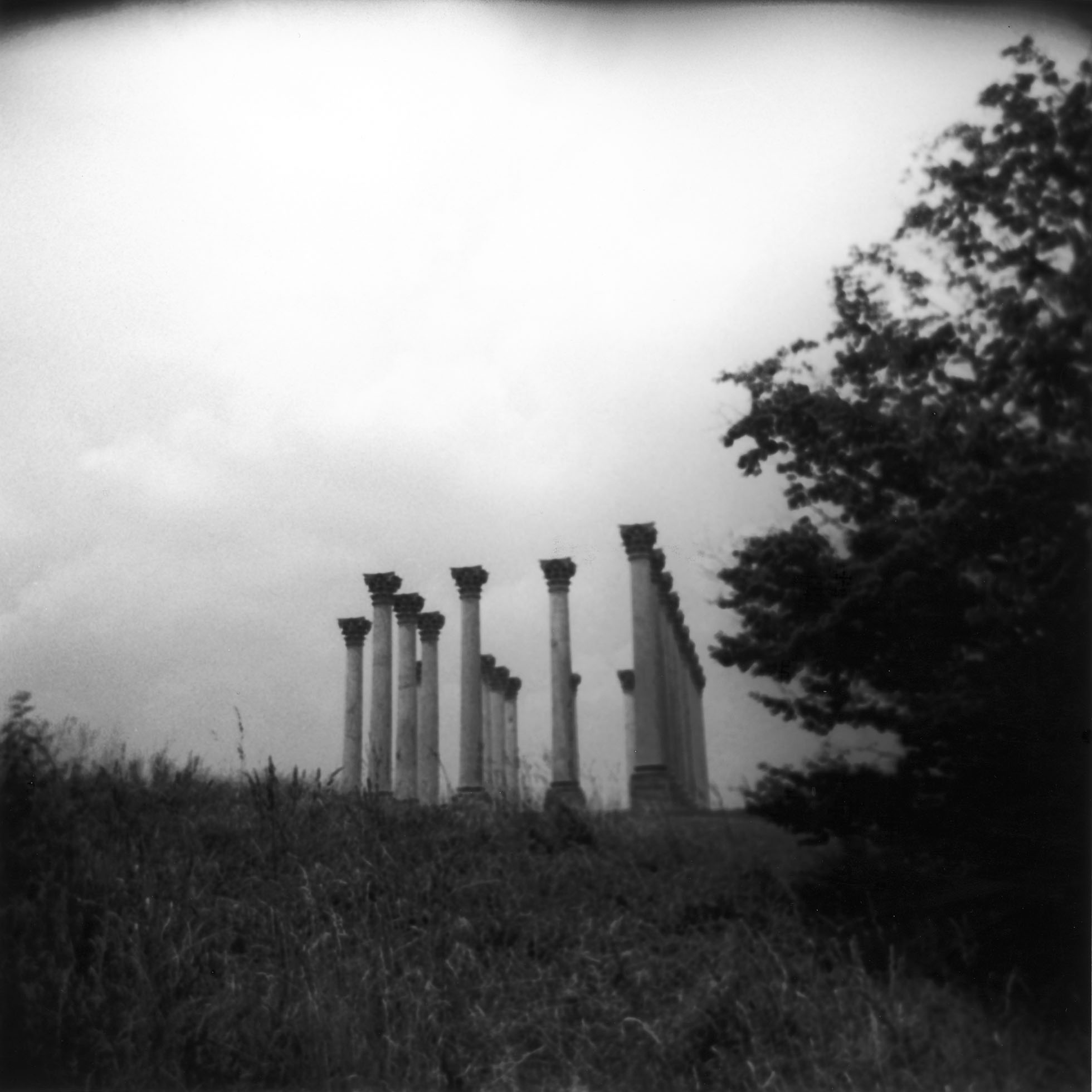 He considers opening with the queen’s pawn, remembering his grandfather’s advice: Open with a central pawn, Elson. It does not matter which. Cease your pawns after two or at most three moves. Bring knights into action before bishops. Bishops are sly and should be held in reserve. They are not to be fully trusted. There is a reason they move in a sideways scuttle. Do not let your queen travel freely early in the game. She should be kept back until the moment when her power is revealed. Then there will be a flash of glory. The woman is the warrior. The king is a poor creature. Castle him as soon as possible, preferably with the rook on his side. You must protect him, but do not ring him too close with soldiery, or he will be trapped. They will betray him. This is the story of the centuries. Play for the center. Feel free to develop your own openings and wing play, however. I am just your first teacher. I am only an old man under a tree in an alley. Rooks are fascists. They think only in straight lines, but they have great range. They are hawks or falcons capable of a sudden strike after brooding on their cliff face. Remember that the knights are your dearest friends. They can do anything and go anywhere. The most beautiful game entails dovetailed knight moves and then the swoop of the queen. I saw a game like that played once in Aleppo. Everyone applauded after the coup de grâce, and the man who lost the game kissed the hand of the man who won. This was also a game played outside in an alley. Perhaps the fresh air stimulates the brain. This could be so. Endeavor where possible to play your games outside, Elson. Do not play for money. That is disrespectful. That is what men in Marseille might do, but not us. Play for dignity. Play for memory. You would be surprised at how play stimulates the memory. For example, I play the fianchetto, and immediately a wonderful player from Alexandria comes to mind. He played his bishops like crossed swords. They dashed here and there with abandon. A most creative player. Now, there was a man who would have been happy with fewer pawns in the way of his sprinting bishops. He would sacrifice pawns on purpose sometimes to set himself an imbroglio. This was his fatal flaw: a confidence perilously close to arrogance. Of this beware. You must be confident, or you will accomplish nothing, yet there is a fine line between confidence and arrogance. The “shadow line,” Joseph Conrad called it — by all accounts an excellent chess player. So many writers were. Nabokov, Ambrose Bierce, Vonnegut, Raymond Chandler, Edgar Rice Burroughs. Perhaps the best chess players among them were those writers who were exiled, or felt so. Or I play Alekhine’s gun, with the queen lurking behind the two rooks, you see, a stacking of enormous power, and instantly there is your uncle Pavel, in his charcoal-gray coat, drinking endless cups of tea as he played and slurping his tea most vociferously from the saucer, an eccentric custom. Deplorable. Perhaps that is how a man drinks tea in Marseille, but we know better.

Once embarked, you must loosen your mind. Allow your memory to flourish. Imagination is the great secret of chess, not experience. This is why a young man like you can beat an old man like me: your brain is closer to the source. Remember what I teach you, but do not hold it close. The past is a teacher, not a master. Every game ever played is unlike every other. No two games have ever been exactly the same. Is that not amazing? I knew a man once in Ajaccio who believed that this was ultimately the reason we play the game at all. It is stimulating to be presented with familiar things in new and interesting poses. In a sense the game reflects this world. I do not mean metaphor or allegory. Those are weak props suitable for men in Marseille, but not for us, Elson. I mean moments like this one exactly: An old man sitting at a rickety table in an alley plays a tall, smiling young man in a game of chess. The old man has the highest hopes for the young man in very many aspects of life, but rather than lecture the poor boy at tiresome length, he prefers to couch his advice in the language of the game. The young man understands this, and reads between the lines when his grandfather talks about the primacy of imagination and the way a chess player must be intent and relaxed at once. The young man understands what the old man is saying to him between the words. Similarly there are squares between the squares on the chessboard. Strive to see those subtle squares and bring your men to bear upon them. I knew a man once in Valldemossa who was a genius at that. He was both a dwarf and a priest. A most interesting and thoughtful man. He was of the opinion that the world is composed of spaces between spaces, and perhaps even spaces between those spaces. We use words like atoms for this sort of thing, but they are only words, Elson. Words are like the principles and tactics of chess: good things to know, easy to hand, but finally mere means to ends, not ends themselves. I say this with the utmost respect for words. I knew a man once in Ullapool who was the most fluent and eloquent person I ever met, and I have lived a very long time. In the end he was stricken by an illness that silenced his tongue, a turn of events he found amusing and instructive. As you might imagine, he was a wonderful chess player. We would play outside when we were able, which was not often, in Scotland, but glorious when possible — that wild, slanting northern light. He massed his pawns like herds of tiny arrows and sent them flying at the target of his choice. So when I say, Do not expend more than two and at most three moves on your pawns as you begin, remember my friend from Ullapool, and loosen your imagination, and play as you will. Speaking of which, it is your turn and has been for some time now. Do not be distracted by the chatter of your opponent, even if his talk is as interesting and stimulating as mine. Do not be distracted by the songs of birds and the infinitesimal murmur of the train. Do not be distracted by sudden quiet remarks, such as I love you dearly, Elson, and I hope that you will always remember these moments under the sycamore tree in the alley, when you and I sat across from each other and played the greatest of games, as the light fell down on us like golden dust, and the city whispered in our ears, and somewhere there was the burble and prospect of soup. But we will get to the soup when the time comes for soup, which will not be until the game is finished, this game that is unlike any other ever played. Rushing through a game to arrive at the soup may be something for men in Marseille to do, but it is not for us.

From time to time I find the stories in The Sun to be whiny: characters describing their misshapen lives, which all too often are still misshapen at the end. Brian Doyle’s short story “Elson Habib, Playing White, Ponders His First Move” [November 2011] was a rare exception. Doyle so immerses us in the scene that when the grandfather tells his grandson he loves him, it is already long evident. The story brought me to tears.

It was with great delight that I read Brian Doyle’s short story about chess [“Elson Habib, Playing White, Ponders His First Move,” November 2011]. It was so gentle, so full of love, that I immediately bought Doyle’s Mink River and could barely put it down until I finished it. Such beauty in fiction is hard to find.

I also must comment on Cynthia Weiner’s story “A Castle in Outer Space” [March 2012], which reminded me of my punk days in the midseventies for some reason — perhaps the costumes, the made-up names, the pretend bravado and fake danger. It had me howling in delight at its oddness and anarchy.

I loved Brian Doyle’s short story “Elson Habib, Playing White, Ponders His First Move” in your November 2011 issue. I have long enjoyed the game of chess and have, I hope, passed this enjoyment along to one of my grandsons. Doyle’s story was like a poem in prose, concise and beautiful from beginning to end.

By Jim Daniels
The Dog-Eared Page