On The Destruction Of A Roseate Spoonbill Marsh Habitat, Early 1960s | By Cary Tennis | Issue 441 | The Sun Magazine
close 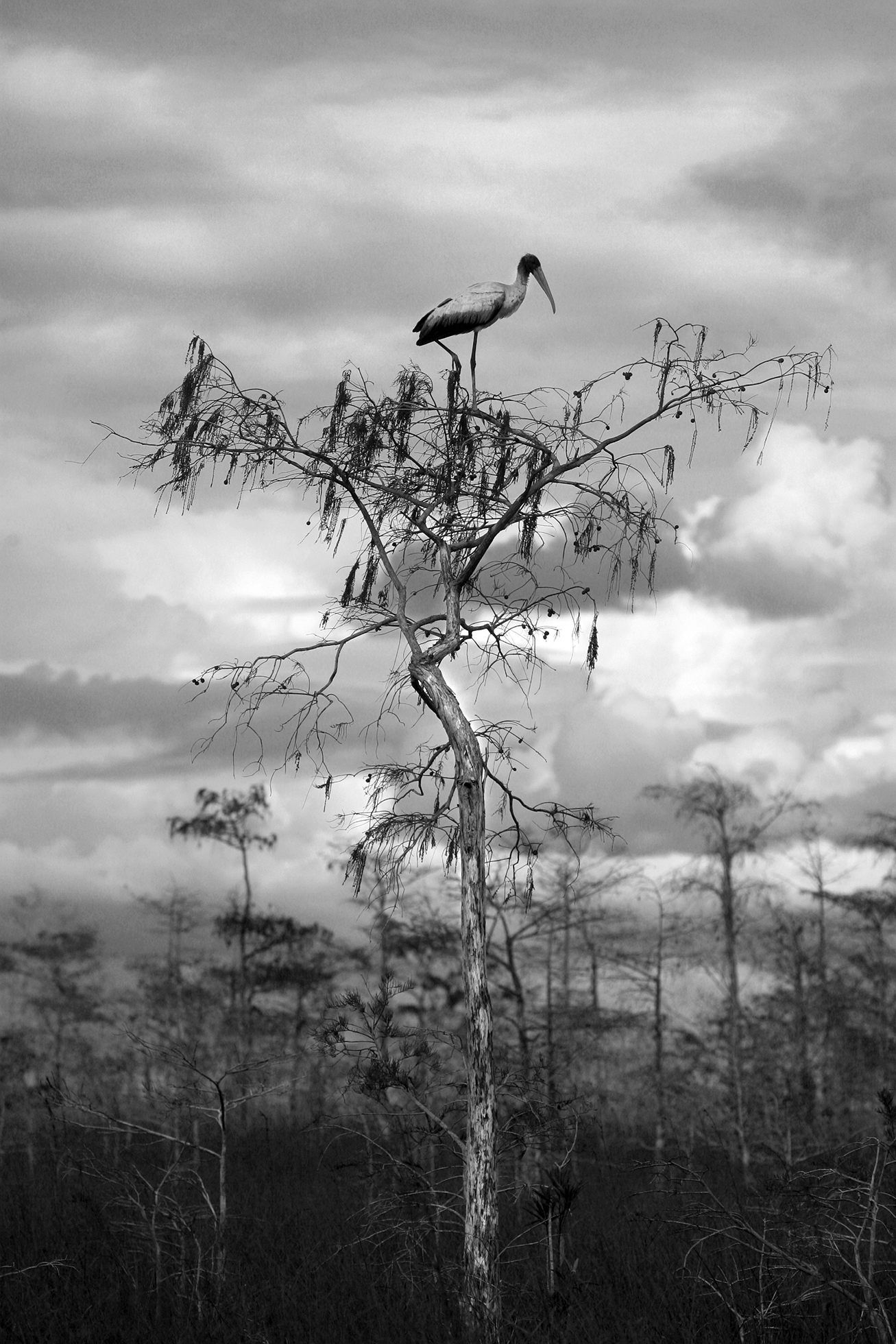 Remember driving out to Anna Maria Island in Florida at sunset when the roseate spoonbills were still nesting off the causeway and would lift as one in a great pink cloud of wings? What was the signal? What spooked them to fly? A dog? Someone walking by? A snake? A sudden noise? Or was it just a common agreement that now was the time for all of them to lift their wings and fill the sky, as nonchalant as a couple of old men rising from a park bench to go home and eat soup?

Remember being in that old station wagon, all the kids in the car fighting, and you would see those birds and wish that you could be part of a flock like that, a congregation of hundreds capable of instant harmonious cooperation?

Then one spring your family drove out the causeway to Anna Maria Island, and where the roseate spoonbills had roosted was a muddy complex of newly poured concrete sea walls, like the turrets of a castle, and there were cranes lifting girders, and a dredging barge shooting a stream of mud onto the formerly pristine marsh, and no sign of any roseate spoonbills.

And now, at fifty-eight, the man that boy became still cannot quite fathom the injustice of it: literally a crime against nature.

The boy was a natural pantheist, ecstatic among trees and in creeks, a little poet exploding with a pre-intellectual consciousness of oneness. But he had also seen the unbridled power of men to wreck whatever they cared to wreck; to take whatever they cared to take; to dig and plow and rake and blow up and haul away whatever they chose. The power to tear into the turkey leg, to tie the dog to the truck bed, to chop the chicken’s head off, to string the fish on a line, to kill the deer and strap it to the hood. The boy saw these men at the lumberyard and the hardware store, their stringy forearms bright with sweat and sap from brushing through the scrub-pine forests in pursuit of wild pigs. He could only with great fear plumb their depths in his imagination as they spoke their coded talk.

Trauma is a shock too large to contain. Like a current too strong for the body to dissipate, it burns as it passes through. It disfigures the spirit.

It is still with him today, the sight of that bayou dredged and quartered, filled and walled, built upon by men who must not have cared at all for the birds that had once lit the space with their wings, like flames lifting and burning the sky.

Cary Tennis’s essay “On the Destruction of a Roseate Spoonbill Marsh Habitat, Early 1960s” [September 2012], moved me to tears. He perfectly captures the sacred wonder of nature and the fact that we are all one. Sadly a vast majority of humans veered from this truth long ago, and we are reaping the consequences in our modern world.

When Tennis writes, of his younger self, “He should have been better able to handle it, but he wasn’t,” he reminds me that I am not alone, that there are many of us who bear a collective sorrow about the countless bayous that have been dredged to make room for “big box” stores, about the roseate spoonbills and other vanishing species, about the palm-oil corporations in Malaysia relentlessly hacking away the rain forests as global temperatures rise. It is still not too late to save our precious world, and thankfully many of us are working around the clock to do so.

Stephanie Bell Everett, Washington
More Letters
Thank You Your donations helped to keep our ad-free, nonprofit magazine in circulation last year, funding everything from production to distribution. Learn how you made a difference last year. Learn More