Country things are the necessary root of our life — and that remains true even of a rootless and tragically urban civilization. To live permanently away from the country is a form of slow death.

Farmers only worry during the growing season, but townspeople worry all the time.

After the city, where we had always lived, those country years were startling. . . . The surprise of animals . . . in and out, cats and dogs and a milk goat and chickens and guinea hens, all taken for granted, as if man was intended to live on terms of friendly intercourse with the rest of creation instead of huddling in isolation on the fourteenth floor of an apartment house in a city where animals occurred behind bars in the zoo.

There’s something about getting up at 5 AM, feeding the stock and chickens, and milking a couple of cows before breakfast that gives you a lifelong respect for the price of butter and eggs.

When a cow laughs, does milk come out her nose?

We shall never achieve harmony with land, any more than we shall achieve justice or liberty for people. In these higher aspirations the important thing is not to achieve, but to strive.

Science, or parascience, tells us that geraniums bloom better if they are spoken to. But a kind word every now and then is really quite enough. Too much attention, like too much feeding and weeding and hoeing, inhibits and embarrasses them.

I used to visit and revisit it a dozen times a day, and stand in deep contemplation over my vegetable progeny with a love that nobody could share or conceive of who had never taken part in the process of creation. It was one of the most bewitching sights in the world to observe a hill of beans thrusting aside the soil, or a row of early peas just peeping forth sufficiently to trace a line of delicate green.

Beauty is only a byproduct. . . . The main business of gardens is sex and death.

I appreciate the misunderstanding I have had with Nature over my perennial border. I think it is a flower garden; she thinks it is a meadow lacking grass, and tries to correct the error.

Mother Nature is just chemistry, biology, and physics. Everything she does is just the sum of those three things. She’s completely amoral. She doesn’t care about poetry or art or whether you go to church. You can’t negotiate with her, you can’t spin her, and you can’t evade her rules. All you can do is fit in as a species. And when a species doesn’t learn to fit in with Mother Nature, it gets kicked out. That’s why every day you look in the mirror now, you’re seeing an endangered species.

If people think that nature is their friend, then they sure don’t need an enemy.

Man is rated the highest animal, at least among all animals that returned the questionnaire.

I would feel more optimistic about a bright future for man if he spent less time proving that he can outwit Nature and more time tasting her sweetness and respecting her seniority.

We spend our lives hurrying away from the real, as though it were deadly to us. “It must be somewhere up there on the horizon,” we think. And all the time it is in the soil, right beneath our feet.

After all, I don’t see why I am always asking for private, individual, selfish miracles when every year there are miracles like white dogwood.

A living planet is a much more complex metaphor for deity than just a bigger father with a bigger fist. If an omniscient, all-powerful dad ignores your prayers, it’s taken personally. Hear only silence long enough, and you start wondering about His power. His fairness. His very existence. But if a world mother doesn’t reply, Her excuse is simple. She never claimed conceited omnipotence. She has countless others clinging to Her apron strings, including myriad species unable to speak for themselves. To Her elder offspring She says, “Go raid the fridge. Go play outside. Go get a job. Or, better yet, lend me a hand. I have no time for idle whining.” 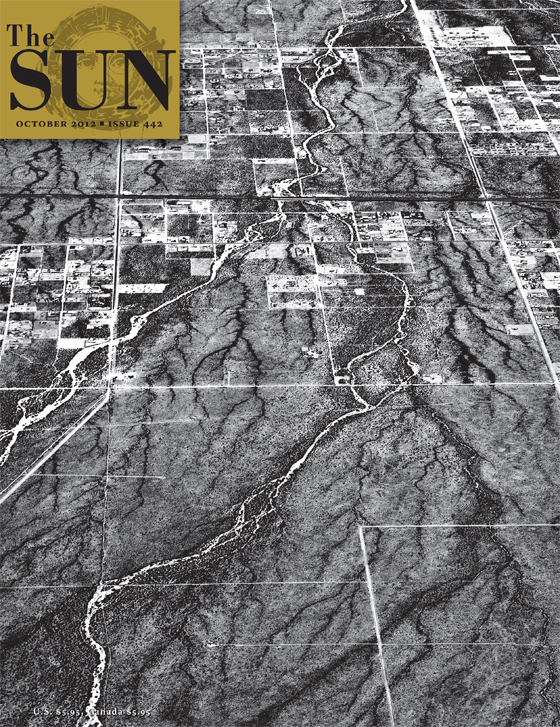 It’s Hard To Know What You Need