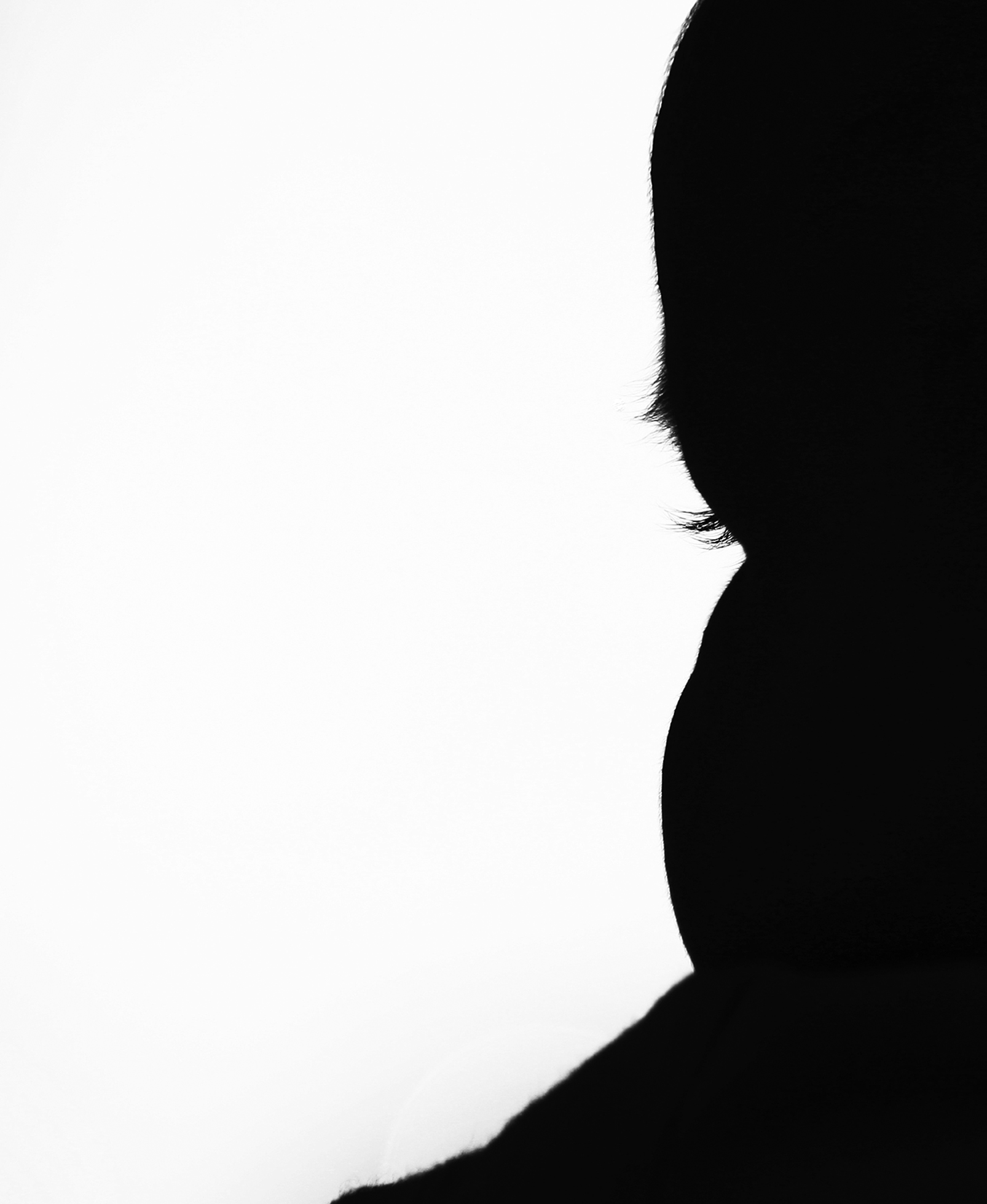 Because I’m not yet familiar with babies and am still a few years away from giving birth myself, I say, “What’s she have to cry about? The world’s perfect for her.”

But Jeffrey looks at me quizzically. Sometimes the temperature is too hot, he says; sometimes it’s too cold. She’s hungry. She’s thirsty. She has to lie on her back all the time. She can’t walk or talk. She can’t tell you what’s wrong. Just think: She came from a comfortable womb where the word need didn’t exist. Now she’s learned that word and all the panic that comes with it.

The world, Jeffrey argues, is most certainly not perfect for her. She’s got plenty to cry about.

“Where’s that leaflet the hospital gave us?” I ask my husband. “The one called ‘Babies Cry a Shit Ton.’ ”

She needs that first gasp of air, but not just for oxygen. The first gasp rewires her body. It signals her entire circulatory system, which went in one direction while she was a fetus, to go the opposite way, like a flock of ducks changing course. She used to receive all nourishment — the remnants of her mother’s eggs Benedict, the oxygen from her mother’s brisk walk on a treadmill — through the umbilical cord from the placenta, the liver-like blob that temporarily sets up shop in her mom’s uterus and acts as the baby’s sole, unmoving companion for thirty-eight weeks: an inanimate, faceless friend. After birth, the umbilical cord must be cut, and the oxygen has to come through the infant’s own lungs, the food digested in her own gut.

With that first breath, she can live independent from her mother’s body. She can grow up to be a spinster with cats.

It’s no wonder that after that first inhalation comes the first cry.

In pain studies, scientists pricked babies on the heels, cheeks, and thighs. They dropped them two to three feet (and caught them). They restrained babies’ heads. They pushed their chins for thirty seconds or more. And babies responded with what the scientists called a “reflex.”

From one researcher: “Eyes squeeze shut: bulging of the fatty pads about the eyes is pronounced. There is a nasolabial furrow that runs down and outward from the corners of the lip. Lips purse, the mouth opens wide, the tongue is taut, and the chin quivers.”

In other words, the babies looked distraught. They were in pain. But their cries were labeled “random noises.” Scientists denied that those noises were communications of any kind.

I know others aren’t so lucky. Their babies cry and cry, and nobody can soothe them. The infants’ cries are expressions of need in a foreign tongue. The world is a terrible interpreter, so the babies go on crying, desperate — for what? They cannot say. They howl their distress into the great earless void, and the world echoes back all its space, all its tumultuous weather.

A neighbor in her eighties tells me that decades ago, when she had her first baby, her husband was away for a military tour, leaving her to look after their newborn with the help of her parents. The baby was colicky, she tells me, fussy all the time. Just awful. One night, her father and she overheard her mother threaten to flush the baby down the toilet. They both leapt from their chairs in the living room and darted to the bathroom, arms stretched out, ready to rescue the child. “I’m just kidding,” the mother said.

But at that point, nobody could be sure.

Then her brow furrows. Her sounds switch from puffs of breath to throaty vowels, yet her mouth is still smiling. She’s crying and smiling all at once.

Her father says, “I think she’s trying to sort it out.”

No one said this, and there she was, twenty weeks in and fluttering below my navel, believing the world was nothing more than a warm red sack of salty fluid that tasted like tears, if only she knew what tears tasted like.

In fact, my first reaction was to shake. I trembled uncontrollably. I was suddenly freezing. That’s normal, the nurse told me. Hormonal, she said, and threw a warm blanket around my body as if I were a victim of hypothermia. I didn’t cry afterward, when the midwife shot three needles of Novocain into my vaginal lips so she could sew up a tear. Nor did I cry when, while my daughter was gaping up at me from my chest, I caught sight of the needle’s size. That is, although I held this person I’d waited forty weeks to meet, I still noticed, out of the corner of my eye, the size of the needle I was about to be stuck with, the thing about to cause me pain. But I didn’t cry.

Here’s when I cried: four hours later, in the shower. The huge tub in which I’d just given birth was now closed off from the world by a vinyl curtain, and I was free to bawl in privacy. My hours-old baby was sleeping, and I had time to take a shower, to wash the dried blood and amniotic fluid from my shins, to wash the grease from my hair. But what I sensed around me wasn’t hospital-white porcelain, wasn’t the enclosure of private space. Intead it was vast and unfathomable, like a great canyon. And I cried, not just from happiness, for the new life sprung forth from me, and not just from sadness — that old, independent life of mine gone — but for deep, aching reasons I can’t explain, reasons that have nothing to do with happiness or sadness, reasons that have more to do with the way it must feel to be standing at the bottom of the Grand Canyon. How insurmountable, jagged, deathly, gorgeous, and ancient it is. And how small I am inside it.

I’ve never been very fond of infants, nor have I ever aspired to mother­hood, but Heather Kirn Lanier’s essay about both, “Twelve Reasons to Cry” [January 2013], made me cry.

Samantha Capps Belmont, North Carolina
More Letters
What Do You Think? We love getting letters to the editor for our Correspondence section.
Has something we published moved you? Fired you up? Did we miss the mark?
Send A Letter 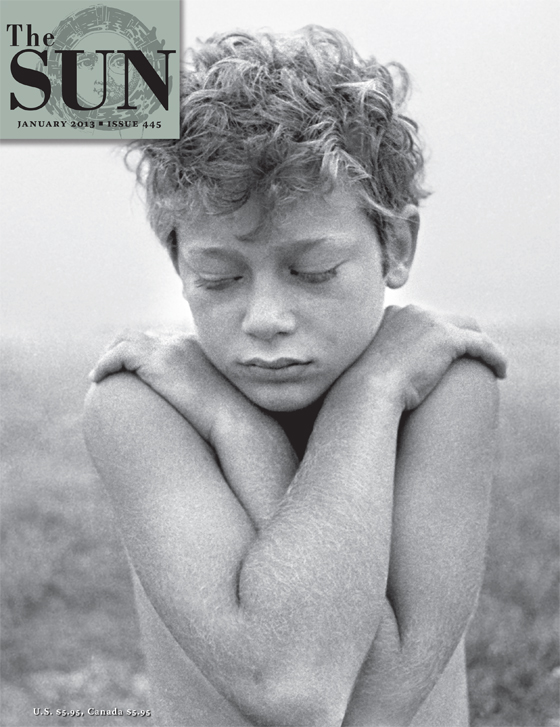 The Language Of Sky

By Christiane Buuck
The Dog-Eared Page