The Dance Of The Elements

Fire, Earth, Air, and Water. To some, these are images from antiquity, symbols of superstition; to others, intimations of some cryptic alchemy, promising the transformation of consciousness. In astrology, which is the interface of nature and psychology, there are no symbols more fundamental than these four. The primal Elements are the bedrock from which all the elaborate symbolism of the birthchart arises. So transcendent are they in character that they are beyond the grasp of pure reason. Far more ethereal than the twelve Signs, they stand in the same relation to our mental faculties as does the earth to our five senses: they are simply too large to conceive.

In school, most of us were taught that the philosophers of ancient days, in an effort to explain the universe, assumed that all creation was synthesized from various admixtures of fire, earth, air, and water in their physical forms. Our teachers then very likely went on to talk about how nowadays we know that there are not four elements but over a hundred. All this is typically presented in a condescending manner, as though Plato and his cronies were not dumb really, just uneducated. As is so often the case when crossing lines of time or culture, we have misconnected. The old Doctrine of Elements was never intended to fill the shoes of our contemporary Periodic Table of Elements.

All civilizations derive their identities from a particular world-view, a particular set of blinders. Each has an obsession without which it could not maintain its form. Our present cycle of culture, rooted in post-Medieval European traditions, is fascinated by the manipulation of physical matter. We split atoms, sculpt chromosomes, build railroads and space shuttles. In the cultures which gave birth to the symbolism of astrology, there was a different reigning obsession: the discovery of Universal Laws. And by “Universal” they did not mean, as we might instinctively assume, laws which applied uniformly to physical matter. Their vision was grander than that. They sought principles which would bind together into one system human psychology, theology, metaphysics, and natural science. Just as the ultimate goal of our civilization is the perfect dominance of human will over all physical processes, the pot of gold at the rainbow’s end for these ancient cultures was the realization of the One Law which would link every dimension of the universe. Astrology, with its Four Elements, is one heirloom passed down to us from those alien days. So is the phrase, “as above, so below,” and its twin sister, “thy Will be done on earth as it is in Heaven.”

That the interplay of Fire, Earth, Air, and Water could serve as a fairly cogent model of physical processes is a third cousin to coincidence. To the ancients, this was not the purpose of the Elements at all, just a gratifying confirmation of the fact that they were on the trail of something more universal, something which permeated the Cosmos in all its conceivable and inconceivable dimensions.

What precisely then are these Elements? Within the limits of our language, we must call them “States of Being.” Not of “Being” in any exclusively human sense, though. They are more general. They refer to the four primal faces of the universe, analogous to the Yin and Yang of the Orient. Within us, they exist as modes of consciousness. Beyond us, they function as archetypal templates for all physical and metaphysical processes. We are their reflection.

The first of these transcendent qualities is called Fire. This is the principle of action, and of the individuality which defines itself through action. Its spirit is one of outrushing energy, charging into the Cosmos, shattering all that stands in its way. Uncompromising invincibility of purpose is its essence. Fire permeates the signs Aries, Leo, and Sagittarius.

Earth follows Fire. This is the principle of stability and continuity. It is the great sustainer, the giver and maintainer of form. Embodied in Taurus, Virgo, and Capricorn, its spirit is endlessly building, crystallizing, and perfecting.

After Earth comes Air. Here we find the principle of perceiving and reasoning. Its tone is one of endless curiosity and expansion, of detachment and clarity of perception. More than any other Element, Air is aware that beyond itself lies the Unknown. The airy spirit animates Gemini, Libra, and Aquarius.

Finally we come to Water. This is the principle of nurturance and protection. Its spirit is one of gentleness, of imagination, of intuition. With its piercing, sensitive quality, Water’s prime function is to Feel with intensity. Cancer, Scorpio, and Pisces are the Signs conditioned by Water.

Now a human being is a complex thing, far more complex than an Element. All of us embody each of these four processes to some degree. Within us, they interact with each other, bending, flowing, contradicting, polarizing; in short, defining our individual psychic structure. The kaleidoscope of human personality types reflects the infinite variety of relationships among these four primal modes of perception.

When a soul comes into the earth under the predominant influence of Fire, he or she has entered this dimension for the purpose of developing Will. Willpower, or Courage, is simply the translation of this metaphysical principle into the language of human psychology. In a similar way, the soul conditioned by Earth is here to learn patience; the one shaped by Air, to develop alertness and clarity of perception; the one under the Guidance of Water, to learn unconditional love in the face of extreme vulnerability. No one will be a pure incarnation of an Element, or find all his or her lessons in one arena. It is when we find the Airy need for detachment married to the emotional rollercoaster of Water, or the Fiery need for change and stimulation bound to the Earthy structures of stability that we begin to see in the symbolism some reflection of the poignancy of human experience.

Further complicating the picture is the fact that each of these Elements is inherently unstable. The only true stability imaginable lies in the absolute melting together of all four. To visualize Fire, Earth, Air, and Water so perfectly balanced and interpenetrated that they are no longer distinguishable individually is to visualize the Absolute. As long as they exist separately, they will be striving to transmute themselves into something else. As Fire realizes the perfection of Will, it begins to tire of the unending battle it has drawn to itself. It looks longingly across to the perfect balance and detachment of Air. Similarly, Air, having tired of its abstract and conceptual qualities, seeks the pure Action of Fire. Thus, each as it reaches toward the perfection of its development, seeks to become its opposite. Water and Earth are in the same relationship. With the ability to Feel perfected, Water seeks the firmness and stability of Earth. Strength and patience learned, Earth seeks the flowing and feeling of Water.

The process, though, is not as simple as each Element turning into its opposite, although that is what the psyche longs for. Fire, for example, cannot pass directly into Air; Earth must mediate the process. As the fiery person seeks to create the consciousness of the Absolute within himself, he must first learn patience. His Fire, coupled with the patience of Earth, leads to the balance he seeks. In the same way, Earth must be tempered with the insight, detachment, and other-awareness of Air before it can absorb into itself the love of Water. Going further, we see that Air needs Water’s depth and passion before it can create the Fiery Will. Water, on the other hand, in seeking the firmness and stability of Earth, must pass through the stress-test of Fire. Thus, each Element strives indirectly to become its opposite.

This indirect route is the fastest route to higher realization; it is also the only route. Yet consciousness senses the indirect quality of the path it is being drawn along, and protests. Inevitably, its experience will be filled up with the people, events, and circumstances of the Mediating Element, while its awareness is tantalized with images of the Opposite Element. From this arise all the vague feelings of longing, incompleteness, and drifting which characterize human experience. And yet, behind these sensations, we are often dimly aware of some Guiding Hand, some principle of Order functioning just beyond the grasp of vision.

Fire, in its fierceness, calls this Principle its own Higher Self, willfully shaping the lessons of its life.

Earth, in its patience, calls it the Incomprehensible Mystery, and quietly waits for more information.

Air, in its intelligence, watches and devises many names for what it sees: angels, astral planes, Holy Trinities, karma, Grace.

Water, in its sensitivity, calls it the Love of God, protecting and nurturing us as a mother attends to a child.

Each of us must pursue whatever vision of Reality comes to us through the filter of our own Elemental structure. We must also attempt something even more difficult: that is, to respect the inevitably alien visions that will come to others, and to hold them no higher and no lower than our own. The Truth, of course, is what is pouring in through all of these eyes simultaneously. But to say we comprehend that in any rational way is arrogance. 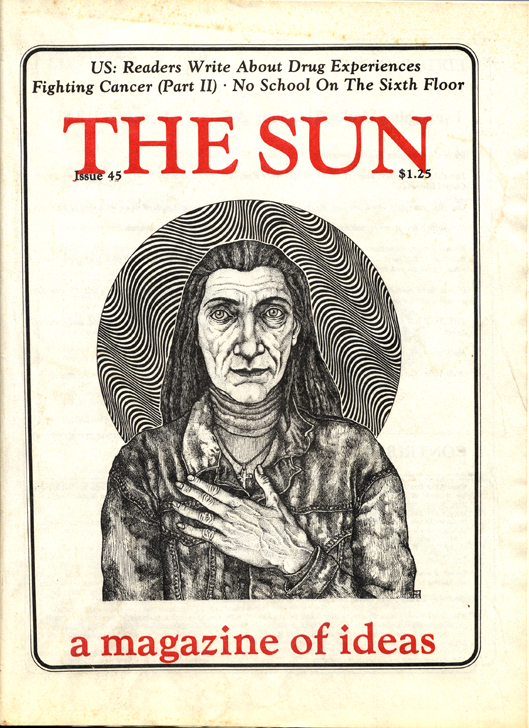