There is not one world for man and one for animals; they are part of the same one and lead parallel lives.

Most pets display so many humanlike traits and emotions it’s easy to forget they’re not gifted with the English language and then get snubbed when we talk to them and they don’t say anything back.

If cats could talk, they wouldn’t.

The great pleasure of a dog is that you may make a fool of yourself with him and not only will he not scold you, but he will make a fool of himself too.

I hold that, the more helpless a creature, the more entitled it is to protection by man from the cruelty of man.

I am sometimes asked, “Why do you spend so much of your time and money talking about kindness to animals when there is so much cruelty to men?” I answer, “I am working at the roots.”

Practice love first on animals; they are more sensitive.

People who let their dogs and cats have litters in order to show their children the “miracle of birth” should come witness the “miracle of death” performed in the back rooms of animal shelters all over the country.

Every living creature on the earth is special. You want to be the one that puts an end to one of them?

Man, do not pride yourself on your superiority to the animals, for they are without sin, while you, with all your greatness, you defile the earth wherever you appear and leave an ignoble trail behind you — and that is true, alas, for almost every one of us!

In order to maintain a well-balanced perspective, the person who has a dog to worship him should also have a cat to ignore him.

I think I could turn and live with animals, they are so placid and self-contained. . . . They do not sweat and whine about their condition, they do not lie awake in the dark and weep for their sins, they do not make me sick discussing their duty to God, not one is dissatisfied, not one is demented with the mania of owning things, not one kneels to another nor to his kind that lived thousands of years ago, not one is respectable or unhappy over the whole earth.

There are mystical, unbreakable bonds between all members of the natural world including humans and animals. Whether or not we remember or acknowledge this relatedness, it still exists.

I believe that animals have been talking to human beings ever since we were all made and put into this world.

Very little of the great cruelty shown by men can really be attributed to cruel instinct. Most of it comes from thoughtlessness or inherited habit. The roots of cruelty, therefore, are not so much strong as widespread. But the time must come when inhumanity protected by custom and thoughtlessness will succumb before humanity championed by thought.

The rooms of his apartment were full with the dog home again, convalescing. He was satisfied to know, even when she was out of sight, that somewhere in the apartment she was sleeping or eating or sitting watchfully. It was family, he guessed, more or less. Did most people want a house of living things at night, to know that in the dark around them other warm bodies slept?

Such a house could even be the whole world. 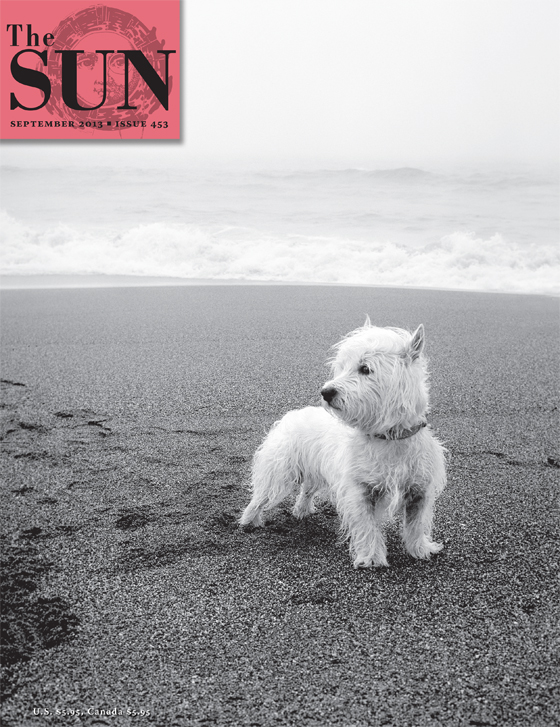