I persevere. It’s all I know how to do. I don’t think of myself as brilliant or disciplined or orderly. I don’t consider myself particularly clever or strategic or politic or charismatic or lucky. I imagine myself as a man you might see every morning carrying a load up the hill because he is afraid that if he does not carry that load, even for one day, something terrible will happen to him. Fear — not courage or ambition or talent — drives me. If I were ambitious, I might have accomplished more. If I were talented, I might have been awarded a MacArthur grant. If I were courageous, I would have moved to New York City in the 1970s and slid thick manuscripts over transoms.

But I am none of those things. I am just afraid — afraid of ending up like my dad.

My dad sat in his office cluttered with half-finished manuscripts and songs and stories. As a boy I watched his creative life trickle away, and as a grown man I watched his efforts become ever more feeble and misguided until, in his last years, his situation was no longer funny but sad. This once-erudite man had been reduced by dementia to obsessions with UFOs and quack spiritualists and setting Shakespeare’s sonnets to music. And now my house is filled with boxes of his unfinished plays and movie ideas and poems.

So many men in my family had unrealized literary ambitions that I had to leave the South and go west, to California, because I did not know how to fix the situation and could not be around it; because I came from them and was the same as them and did not want to end up like them: facing my last days with regrets over work that I could have completed but didn’t. My dad, when we discovered in the neurologist’s office that he did not know what day it was or even what year it was, sat quietly for a moment and then said, “I should have gone on Broadway.”

As a writer I have had some success. I had the good fortune to write a daily advice column for Salon.com for twelve years. And I have continued to write poems and fiction on the side. I’m driven partly by love and ambition, but mostly still by terror — a mortal terror that my life is some kind of sick joke; that if I have not had the success I crave by now, then I must not be that serious about writing, after all; that I am defrauding the reader with my incomplete understanding of the truth.

So I’m still at work on that novel, still making notes about plot and motivation, trying to get it right. I am still striving. Unlike my dad, I’ve given up pretending that I don’t want literary acclaim. I do want it. I just haven’t always had the focus and the honesty and the dedication and the courage to do what is necessary to obtain it.

I have worked on this current novel for nearly twenty years. Lately, when I look at the manuscript, I can sense it’s coming together. I can almost taste the eventual certainty of a publisher’s yes. I can feel showering down upon me the wonderful cool liquid of that yes. Lying awake at night or sitting in my study, I know that after I have labored and polished and reworked and questioned and discarded and redone and rethought and repolished long enough, there will come that sweet, eventual, certain yes.

That, too, is why I persevere. 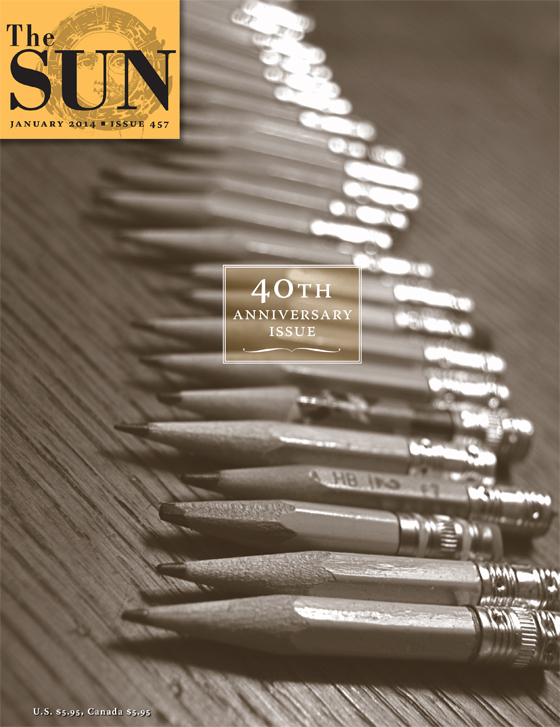