Here’s a surprise: it turns out you can’t just walk into the assisted-living facility where your mother spent her final years, wrap her dead body in a sheet, and take her out into the woods to bury her. This is how our family — my brother Gary and I, anyway — wanted to put our mother to rest. We didn’t want a funeral, a public event that would serve mostly to line the pockets of a funeral director. Our mother had once been a public figure — a former Wimbledon winner and four-time U.S. tennis champion — so there likely would have been a large crowd of mourners. And it would have been hard to exclude her friend Louise, who would have tried to take over in her bossy way and make sure that everyone knew how close she and our mother had been. Louise would see it as a sign of callousness that we did not give our mother a proper funeral and burial.

Gary and I wanted to get together with two of our three other siblings — never mind the crazy one, who might ruin everything — and honor our mother in our own fashion. We would say, “Remember the time . . . ,” and we would recount something she had done or said when she was younger and healthier, before the Parkinson’s had begun to strip away her identity. We would all get at least a little drunk, and then everyone would go home. Somewhere in this scenario, I would find myself alone in a whitewashed room with her body, and I would bathe her and anoint her with oil. Light would fall from a high window, dust motes swirling in the beam. Then Gary and I would walk into the woods across from his house, dig a hole with shovels that providently appeared, and return our mother’s body to the earth.

As it happens, there are laws to prevent this. I know because, given word that our mother didn’t have long to live, I spent some time researching funeral arrangements. I had never heard of cardboard caskets but found out they’re the way to go if you are planning on cremation. At first I thought it would be like putting our mother into a larger version of the shoe box we’d once used to bury some baby bunnies in our yard, but these cardboard caskets for humans are sturdy, with a wood veneer. They are also eco-friendly. If we did cremate our mother, the cardboard would burn more quickly and release fewer emissions. Cremation itself is not so eco-friendly, but you can’t have everything. You can’t, for example, have your mother back. You can’t ever again sit courtside watching her teach, mesmerized by the ball machine shooting miniature planets toward the baseline, where your mother stands behind a young pupil, helping him with his backhand. You can’t watch her jog up the stairs in front of you or put on a flowered bathing cap and ease into her condo’s pool. At the moment I was researching caskets, she was likely asleep. She slept most of the time. One day soon she wouldn’t wake up.

Our father had had a funeral, more than two decades earlier. His casket was made of dark, shiny wood and had big brass handles. It was satin lined, and he lay in it like a Ken doll that had grown old and shrunken, in his blue suit and trademark red socks. He used to wear prescription sunglasses, even indoors, but someone had decided against lowering him into the earth with them on. He would have wanted them. A cold beer would have been welcome, too. But he had cast off those desires along with his body. I saw this with a beautiful clarity, looking at the shell of my father there in the stifling viewing room, and I felt awe at the mystery of death. Up close it wasn’t terrifying; it was simply incomprehensible.

The day after the viewing there was a funeral Mass at the church my brothers and I had been forced to attend as children. Then we drove to the cemetery. Snow fell on the line of parked cars, on the mourners, into the hole dug for his grave. My feet froze in my black heels. Nothing about that day felt authentic: the formality, the rote prayers, the promises of the life to come. That night my brothers and I went to a friend’s house, where we drank beer, snorted lines of cocaine, and danced while the friend banged out “Twist and Shout” on the piano. We were in our twenties then. Now we were in our fifties. When our mother died, we would talk quietly and slam down some good wine, like the grown-ups we were.

Our mother had made all the arrangements for our father’s funeral. She had called the funeral home, the church, the cemetery. She had contacted friends and family, many of whom my brothers and I had never met, and invited them to the house. I don’t know if any of this comforted her. She’d probably just been doing what was expected: hosting a gathering when she didn’t feel the least bit festive, filling the house with people she probably didn’t much want to see. The Mass must have been for our father’s sake. He was Catholic, and she was a Protestant who had converted to marry him, going to church with one of his handkerchiefs hastily bobby-pinned over her hair. She would rather have been on the tennis court. Shortly after we kids weaseled our way out of attending church, she did, too, and our father went alone.

“Did she want to be buried, or what?” Gary asked me after our mother was beyond being able to tell us.

“I don’t know,” I said. I told him there was one of those flat headstones at the cemetery, with her name next to his and her birth date on it. So maybe she was planning to be buried beside him.

Gary had never been to our father’s grave, though it’s not far from his house. He wasn’t even sure where the cemetery was. It didn’t matter. We both knew our father wasn’t there anyway.

“I guess we could bury her ashes there,” I said. “Maybe in an urn?”

I had researched urns, too, trying to piece together what to do after our mother took her last breath, if we weren’t going to call a funeral director. I had discovered that there is a place that handles the body and cremation for you.

And that’s what happened in the end: she died in her sleep, her assisted-living facility called Gary, he called the service, and our mother’s body was taken away to be burned. We didn’t have a funeral. Some months after her death we got together with a group of friends and family at the tennis club where she had taught for years. Several of her former students were there. My daughter read from an autobiography my mother had published. I shared a poem my mother had enjoyed. After she’d developed dementia, she couldn’t quite remember it. “Martini,” she would say to me, with a gleam in her eyes, and I would recite the poem, which is often attributed to Dorothy Parker. Each time my mother would be delighted by it all over again:

My mother had a wicked sense of humor and loved inappropriateness of all kinds. So though she probably had expected a proper funeral, I don’t think she would have minded seeing us gathered at the tennis club instead, or knowing that we’d mixed some of her ashes with the Har-Tru surface of the court where she used to teach.

A few days after her death, Gary and I had taken most of her ashes to be buried next to our father’s body. They rode in a plain box at my feet in the front seat. At the grave site a small hole had been dug for them. There was a green mat laid over the grass next to it, and four green-velvet-covered chairs. The burial crew retreated to a respectful distance. The day was hot and humid. My brother and I sat cross-legged and sweating on the mat. From a nearby tennis court came the unmistakable sound of a racket connecting with a hollow rubber ball filled with pressurized gas. It was a sound that had accompanied our mother most of her life. I imagined she had chosen this cemetery for just this reason. I imagined her standing there, listening. 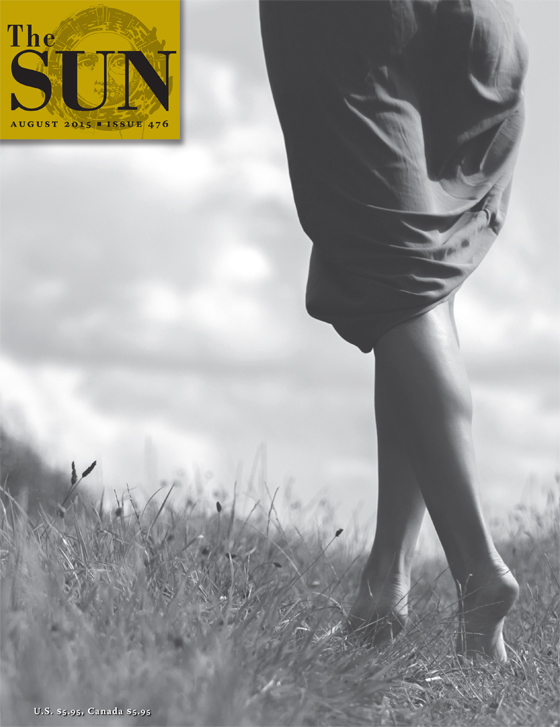 Message To A Former Friend