That Night, That Morning | By Anthony Varallo | Issue 497 | The Sun Magazine
close 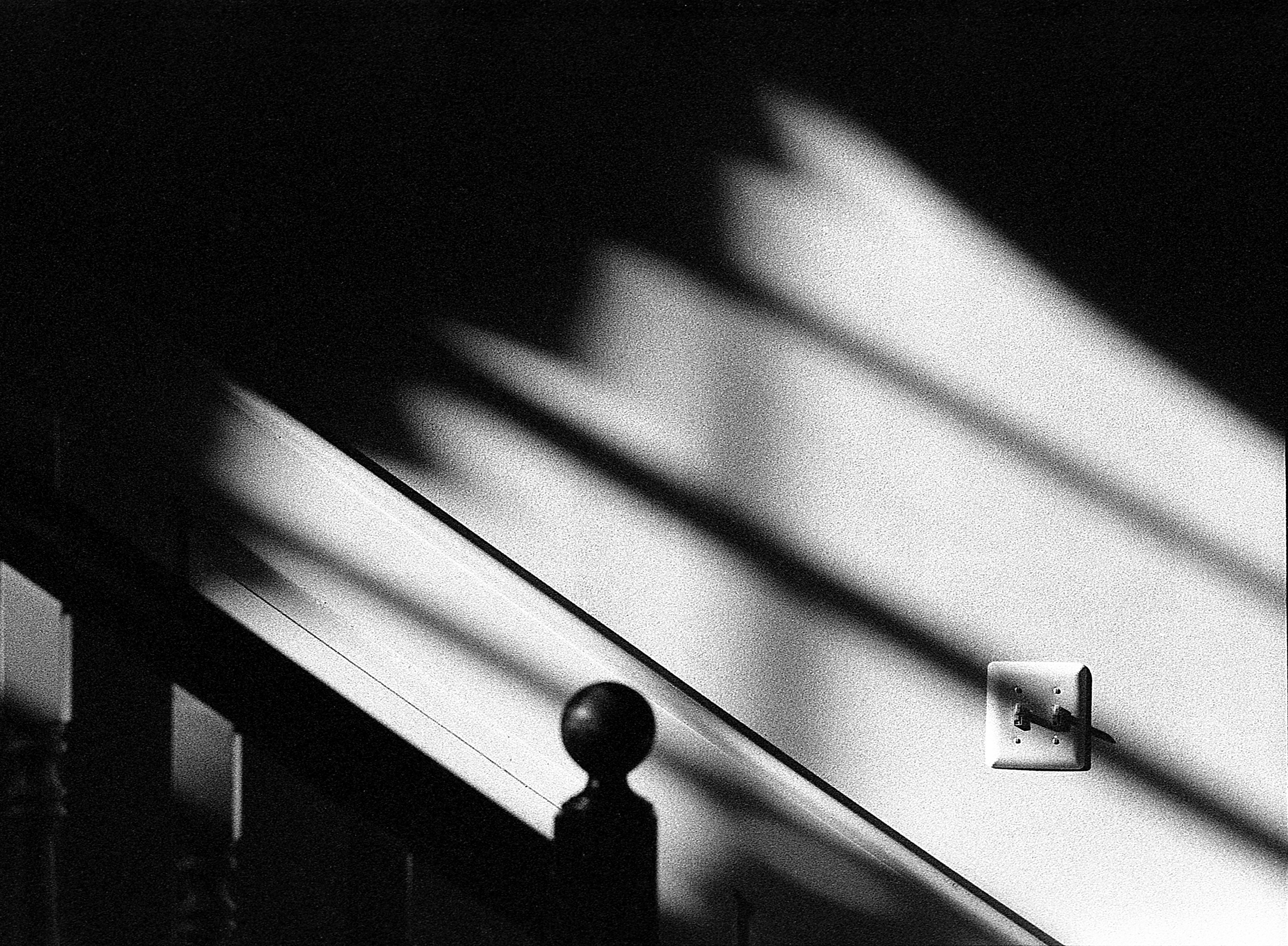 That Night, That Morning

THAT NIGHT the parents tell their children they can stay up until nine, an hour past bedtime, but no more. It is a school night, after all, and the children must get up at six tomorrow morning. But this is no ordinary Tuesday night, the parents know, and the children have been begging to stay up later.

Please, the children say. Let us watch it, too. We won’t be tired. We promise!

We’ve stayed up late before, the children insist, sensing their advantage. The examples the children give are mostly of non-school-night events, but the parents are in no mood to argue. Plus the results from North Carolina are just about to be announced. So the parents do what they normally do when forced to make a decision on the fly: They hedge. They waver. They compromise.

Listen, they tell the children. You still have to go bed at nine, but . . . Stop sulking and listen to this next part, OK? When the results are announced, we’ll wake you up and let you watch the victory speech.

All of it? the children ask.

Promise you’ll wake us up, the children say.

We promise, the parents say.

But at nine o’clock North Carolina still has not been called, and Florida is showing major signs of a disappointment. The parents dutifully march the children to bed, failing to hide their unease: they kiss the children too hastily and neglect to tickle their way out of bear hugs, a nightly ritual. The parents hurry back to the television in the family room, where they’ve logged many hours these past months, watching more televised news than they’ve watched since that long-ago era before children; before bedtimes; before lunchboxes, report cards, and parent-teacher meetings. They return to the television without quite acknowledging it somehow. The two of them glance up only occasionally from behind laptops and tablets, as if they aren’t really watching. Who could watch this?

At ten o’clock the mother says she can’t take it anymore; she’s going to bed. The father says she’s overreacting, even though this moment, when she stands up from the sofa and leaves her tablet behind, will be the moment he thinks about more than any other from that night: the moment he was suddenly alone in the family room with the television. She is being ridiculous, he thinks, not quite believing it. To counter his disbelief, the father makes a decision: When the results are announced and everything is fine, he will wake the mother and the children and shepherd them to the television, bleary-eyed but happy. Relieved. Joyful. They’ll thank him for waking them, and then everyone will sleep at last.

But the father doesn’t go to bed until 1 AM, and even then he cannot sleep. His mind is trying to grasp what’s happening. It’s like . . . He reaches for a metaphor, but there’s nothing there. It is like . . . It is like . . . His ceiling fan whispers, turning in the darkness.

THAT MORNING the father wakes the mother. What will they tell the children? What should they say? The children will be up any minute. They will head to the bathroom to perform their morning ablutions and then trudge downstairs to eat breakfast, find backpacks, retrieve shoes from wherever they’ve left them this time. The parents cannot let the children go downstairs alone. They have to say something after the children are done in the bathroom. The parents can hear them in there now, the sink running full blast, the way the parents have asked them not to leave it. In a moment the children will open the bathroom door. They’ll expect the parents to be there, ready to select their clothes for the day, ready to remind them to brush their hair.

After twenty years I’ve chosen not to renew my subscription. Recent letters to the editor have echoed my reaction to your strident insults to our president: essays that have nothing to do with politics yet add negative comments concerning the election, or Anthony Varallo’s essay lamenting how to tell his young children Donald Trump had been elected [“That Night, That Morning,” May 2017]. I am constantly bombarded with liberal outrage on social media and was hoping for a respite in your publication. It was not to be.

I always knew The Sun’s editors leaned to the left, but I expected them to offer fair and balanced content each month. The majority of your contributors appear to be unhappy that Trump is our president. A lot of us were unhappy with Barack Obama, but we swallowed our disappointment and moved on. My hope is that your world, which has crashed and burned, will emerge from the ashes of hate and intolerance and be capable of being rebuilt.

In the January 2018 issue, letter-writer C. Frederickson notes a new harshness in the Correspondence section. Sure enough, a few letters later Michelle Doud writes that she has decided not to renew her subscription because of “insults to our president” and says, “My hope is that your world, which has crashed and burned, will emerge from the ashes of hate and intolerance and be capable of being rebuilt.”

It seems to me Doud has mistaken heartfelt observation of what has transpired in this country for a politics of the Left. I see it more as a platform of sanity, justice, and reflection. I wonder how she ever came to The Sun in the first place.

I am new to The Sun and have noticed that the majority of letter writers in your Correspondence are of a liberal mind-set. I was mildly concerned about their frequent criticisms of Donald Trump, but I accepted them, as we each have a right to express our opinion.

I was disappointed, however, to read Anthony Varallo’s essay “That Night, That Morning” in the May 2017 issue. The author views the election of an “unacceptable” president as so dismal he can hardly bring himself to tell his children about it. This has no place in an otherwise wonderful magazine.

I beg you to recognize that even those of us who lean conservative are still lovers of literature.

As a subscriber for more than twenty years, I have watched with alarm and dismay as my beloved Sun grows more strident in its desperate attempt to discredit Donald Trump. I empathize with reader Jerry Cothran, who expressed his disappointment [Correspondence, August 2017] with Anthony Varallo’s essay on the “unacceptable” democratic election of Trump [“That Night, That Morning,” May 2017]. The Sun has not always been this biased.

I am relieved that U.S. citizens put an end to a regime of corruption, lies, and illegal activities, and am encouraged by the exposure of the mainstream media’s ongoing agenda. As a liberal Independent, I fear the Democratic Party has dug its own grave.

I could write more, but I’m afraid that 95 percent of Sun readers have probably closed their minds and committed themselves to hatred.

Libby Hewes San Diego, California
More Letters
Thank You Your donations helped to keep our ad-free, nonprofit magazine in circulation last year, funding everything from production to distribution. Learn how you made a difference last year. Learn More 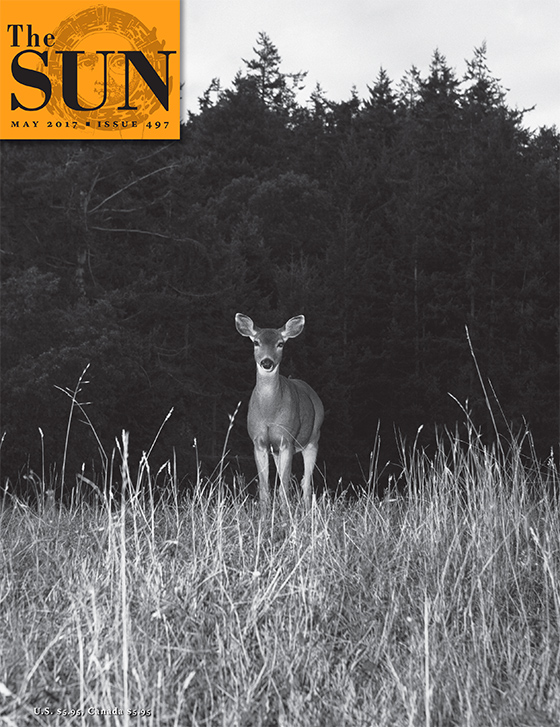