I’m not against the police; I’m just afraid of them.

The officer drew his weapon and I thought about running. I was a twenty-eight-year-old lawyer who had worked on police misconduct cases. I had the judgment to speak calmly to the officer when he threatened to shoot me. When I thought about what I would have done when I was sixteen years old or nineteen or even twenty-four, I was scared to realize that I might have run. The more I thought about it, the more concerned I became about all the young black boys and men in that neighborhood. Did they know not to run?

If you ever see me getting beaten by the police, put down the video camera and come help me.

I had a cop pull me over the other day, scared me so bad, made me think I stole my own car. “Get out of the car! Get out of the fucking car! You stole this car!” I was like, “Damn, maybe I did!”

Left alone in an interrogation room, some men will look as though they’re well into their last ten seconds before throwing up. And they’ll look that way for hours. They sweat like they just climbed out of the swimming pool. They eat and swallow air. I mean these guys are really going through it. . . . These are the innocent.

If you find yourself in an interrogation room, you will probably do better if you have not spent a bit of time kneeling on a blood-soaked carpet. And it would be especially good if you didn’t have any of that blood smeared on your clothing and your hands. I’m just saying. A word to the wise.

To catch the bad guys, you’ve got to think like a bad guy — and that’s why all the best detectives have a dark side.

While he himself derived from the hardworking poor, he greatly mistrusted the ragtag and bobtail who lived in the shacks south of the junkyard, suspecting them of the criminality and moral decay to which he might sink, were he in their place.

Who is more blameworthy: the young black kid who hustles on the street corner, selling weed to help his momma pay the rent? Or the college kid who deals drugs out of his dorm room so that he’ll have cash to finance his spring break? Who should we fear: The kid in the ’hood who joined a gang and now carries a gun for security, because his neighborhood is frightening and unsafe? Or the suburban high-school student who has a drinking problem but keeps getting behind the wheel?

Young black men . . . are guilty of criminal behavior not because of the alleged crimes they might commit but because they are the product of a collective imagination paralyzed by the racism of a white supremacist culture that can only view them as a dangerous nightmare.

The fact that, in the United States, there are people serving ten-year prison terms for growing marijuana plants in their backyards while Wall Street racketeers, who have defrauded millions of people and destroyed the global economy, walk free is a kind of bizarre hypocrisy that boggles my mind.

What do you do with the criminal? You send him to the penitentiary. Is he made better? Worse. The first thing you do is try to trample out his manhood, by putting an indignity upon him. You mark him. You put him in stripes. At night you put him in darkness. His feeling for revenge grows.

By every conceivable metric — prosecutions, duration of sentences, conditions of imprisonment — the United States is by far the most punitive rich democracy.

It is said that no one truly knows a nation until one has been inside its jails. A nation should not be judged by how it treats its highest citizens, but its lowest ones.

We fail ourselves if the wrong person is in jail. . . . One wrongful conviction would be too many if you were the one: imagine for a moment that it’s you locked behind bars, innocent.

To quote one of our clients, who broke down in tears upon his final release after a proven miscarriage of justice: “Not so much because I got out of prison, but because I was finally believed.” 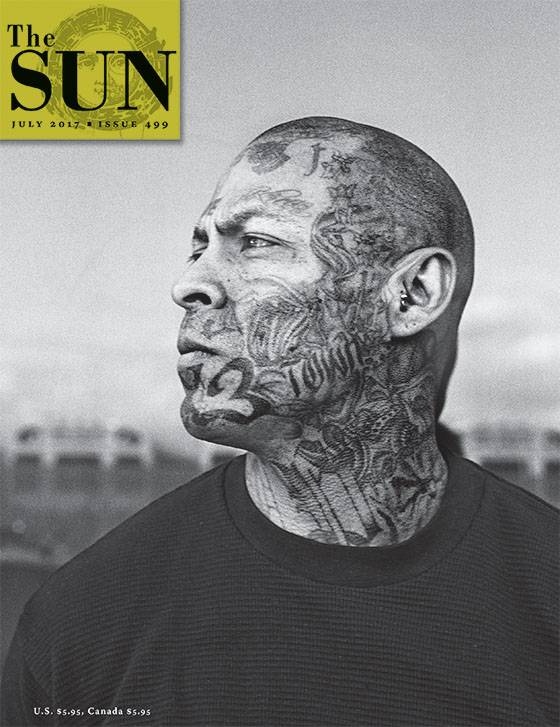 By Colleen Mayo
The Sun Interview

Richard A. Leo On Why Innocent People Confess To Crimes

Life On The Outside