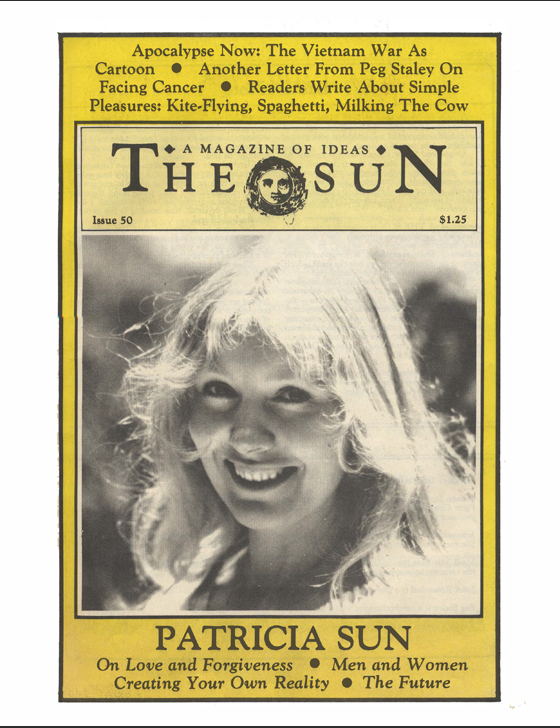 Standing on a street corner waiting for no one is Power.

I don’t think when people get divorced it is necessarily a failure of the marriage, I think sometimes it is a finishing, a completing of the marriage. That you sometimes have worked out all the things that you can work out together.

What made Patricia so accessible to me was the equal footing she put herself on with the audience. Her emphasis, repeatedly, was on supporting everyone, in all their power.

The thing that I’ve noticed, everywhere I go, is that in every person, no matter how evolved, there is a little dark, sad, anxious place inside. No matter how cheery they are, I look in and I see that place.

Years ago I read an essay by Hannah Arendt in which she said that the Nuremburg trials were necessary because they assigned responsibility for crimes to people who, in fact, had the responsibility not to commit them. Her concept was that if one declared everybody in Germany guilty, then no one was guilty — guilt became a condition of being, or something connected to the stars, a notion antipathetic to anyone interested in establishing a little decency on earth.

Still Looking For The Key

I am involved in a process that is most similar to my experience of giving birth. Whether I live or die, I am in a transition. I want competent professional helpers, who do not lose sight of me as a person. I want to be respected as an intelligent participant in my own process. Time will eventually pass and the results of transition will be evident. Until then, patience and trust are required.

Rather than telling us how to live, MANAS gives us the reasons for living.