I.F. Stone was a one-man show: investigator, writer, publisher, and distributor. In constant motion, he would sweep into our bookshop on Dupont Circle in Washington, D.C., every Saturday morning with an armload of his I.F. Stone’s Weekly newsletters. With a cursory greeting he would grab the remainder of the previous week’s issues next to the cash register and replace them with the latest edition. Then he was out the door and on to his next stop.

His July 1963 essay “Izzy” reminded me of my college experience as a student-bookstore clerk in a pre-Internet age when a “guerrilla warrior,” as Stone described himself, “could distill meaning, truth, and even beauty from the swiftly flowing debris of the week’s news.”

Stone celebrated our freedom of fundamental dissent, and he was proud that in ten years he had attracted twenty thousand readers. Today a crafty headline, catchy meme, or cute photo caption can lure a hundred thousand “likes” in an afternoon.

We would be a better nation with less cable-TV hypnosis and more time spent on Stone’s battlefield of ideas, where warriors debate rather than set out to discredit their opponents.

I.F. Stone’s “Izzy” [Dog-Eared Page, February 2018] reminded me of when my friends and I would huddle around a copy of his newsletter every week in college. It was one of our only trustworthy sources of information, and we thought of Stone as someone like us: marginalized and radically independent.

Usually we were too poor to buy a subscription, but with the permission of the woman who ran the candy counter, we would borrow a copy for a day and hold public readings. These were not terribly popular at our out-of-the-way college, but they were the sparkplug for the antiwar movement in that area. We were jeered for our lack of courage, inability to face killing people, and hippie behavior. But we weren’t hippies. We were I.F. Stone wannabes, and a number of us made our careers in journalism as a result.

The astonishing thing is how little has changed in fifty years. We find ourselves with the same duplicitous government, police repression, special-prosecutor hearings, and crackdowns on marijuana. Are there any other I.F. Stones out there? If so, we could use you.

James Kjeldsen Wabasha, Minnesota
More Letters
Thank You Your donations helped to keep our ad-free, nonprofit magazine in circulation last year, funding everything from production to distribution. Learn how you made a difference last year. Learn More 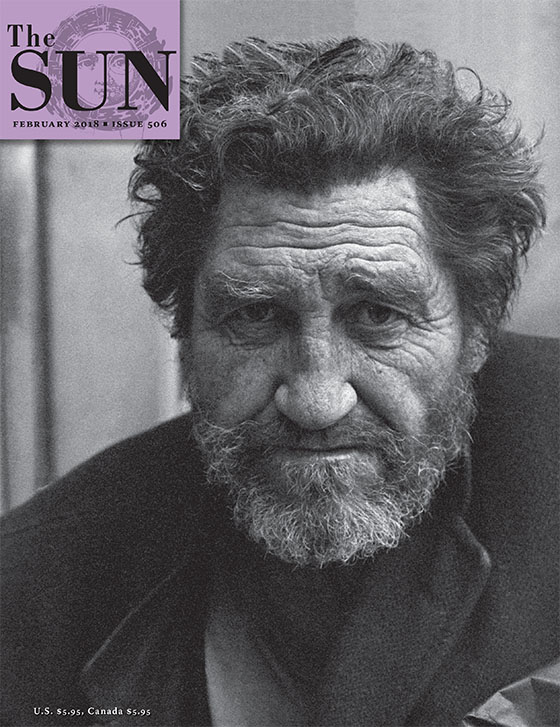 A Short-Lived Ecstasy Bordering On Madness

By Poe Ballantine
One Nation, Indivisible