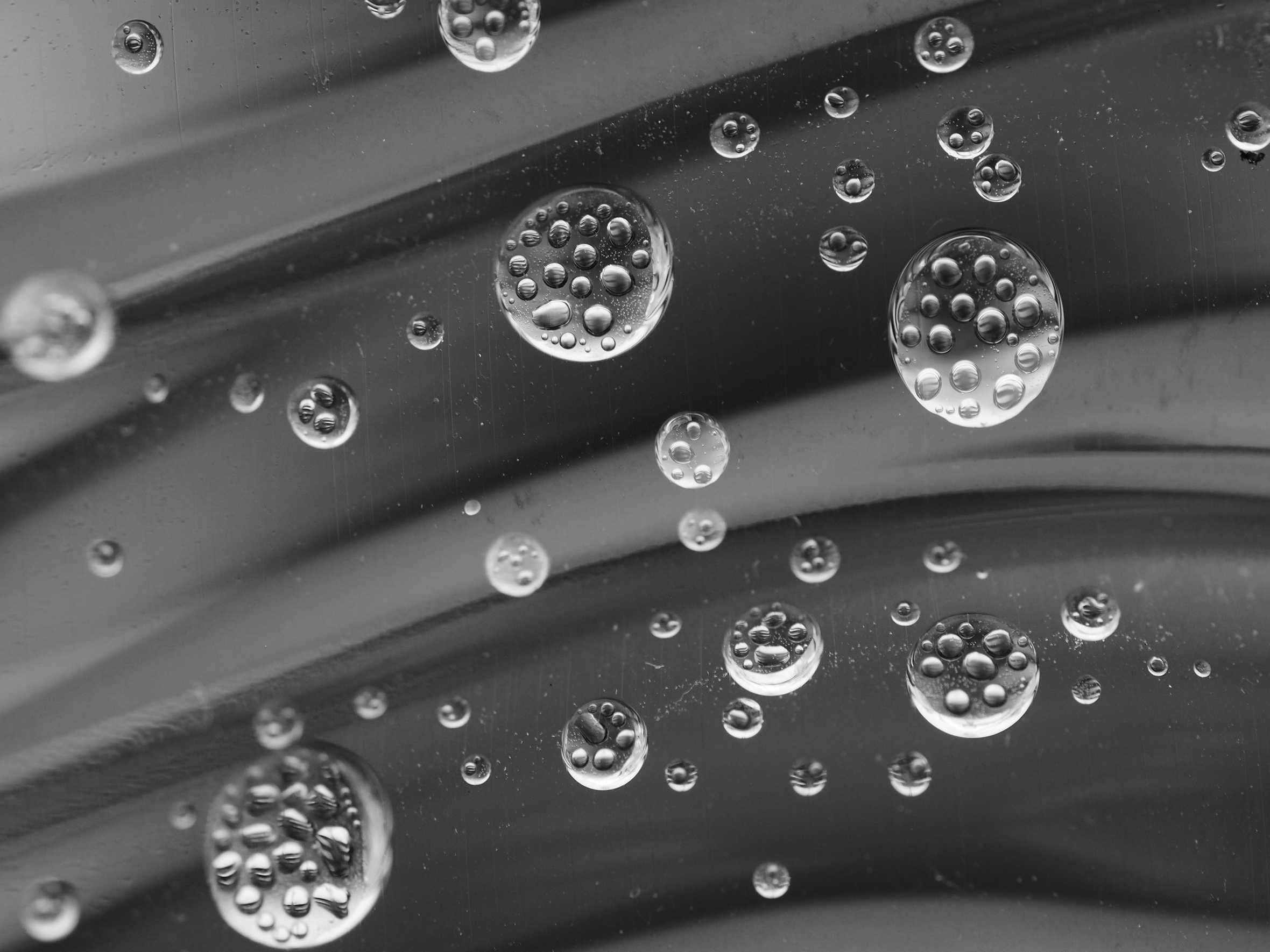 Being in remission is like air: you only appreciate it when it’s gone. After four years of not appreciating it, I’m back on Vancouver Island, where I work at the university as a cafeteria dishwasher. I’m back again at the place where I’ve been an undergrad, graduate student, teaching assistant, professor, and now dishwasher. They truly cannot keep me away. So many jobs. This dishwashing gig is a big step up after three years at the deli down the hill. I taught a few classes during the deli era, it’s true, but not enough to be full-time. Sometimes, after running a writing workshop, I would walk down for an evening of selling ham and wrestling racks of chickens from the oven. If I spotted one of my students in the aisles, I’d hide in the cooler so they wouldn’t see me aproned and covered in meat juice. How do you teach someone “the sentence” after that? You can’t — and sure as hell not character development or psychic distance. I hid from them like you hide from anything that might dissolve an already tenuous air of authority. Anyway, dishwashing pays almost as much as adjunct teaching did, which is a subject I’m not even going to tackle here. If anyone asks what I do, I tell them I work in an industrial kitchen — expediting, heavy machinery, catering. Say this on dates. Never say “dishwasher.”

We work in a big, wet space behind the burger station: water everywhere, grease aerosolized into tiny droplets that hang in the air like foul rain. The floor is orange tile so slippery we have a long list of workplace injuries — people just going down, hard, flat on their back. Our main weapon is a twenty-foot conveyor washer that runs all day and cleans dishes for eighteen hundred. We wield pressure washers, steel wool, long brushes, and special kinds of bleach. Different foods require different tools to remove. Can’t send baked-on cheese through the machine. Never. Soften it first with hours in the vat. Lasagna day, macaroni day — they’re long.

One person loads the conveyor, and one unloads it. There’s a rhythm, a flow, a way to rack dishes onto the conveyor’s tines so that it is always moving. Watch the guys who’ve been here ten years, fifteen years; they know. Each has his own way. I load plates every second tine, because it’s fast but gives the person unloading enough leeway to keep up. Sometimes when my friend Sergio is on unloading duty, I load plates every seventh tine as a joke. When he notices the plates, he’ll look around the other end of the machine at me and roll his eyes. He’s Chilean. He and I talk politics, radicalization, the evils of capitalism. He’s a good friend.

I start reading too many medical abstracts again, every day worried about the cancer coming back. My work shirts get so stained with grease that I throw them in the garbage and steal more from the supply closet. Black goo builds up in the soles of my shoes, a gel of crushed food and the congealed fat spilling off meat trays, until the shoes start to smell bad. Sometimes, when no one’s around, I pressure wash the soles in the big sink, the goo coming off like spiral macaroni. Disgusting. I do this only when I’m working alone, and I bleach the sink down afterward. When I’m not wearing them, the shoes stay in the changing room with all the other black shoes stacked in lockers and shoved into nooks. People just know which ones are theirs.

In the spring of that first year of dishwashing I have some back pain. Not from the labor, though. I play it off as a kidney stone and take some sick days, but I know the pain — knifelike. My doctors do an MRI. It’s not a kidney stone, of course. It’s never a kidney stone.

I don’t tell my managers about the cancer coming back. I keep going to work but take longer breaks, maybe too long, sometimes way too long. I also start to use too many of the blue nitrile gloves we’re offered — so many, hundreds, like I’m trying to kill the rain forest single-handed. But something about the diagnosis has me unwilling to get even the smallest bit of leftover food on my skin. The old me used to switch gloves only when they tore, but now it’s a new pair after a bit of oil, a smudge of peanut butter, some stray Cheerios. I go through cases of gloves. It seems like the others pick up on my new glove mania and also start using more gloves, just shredding the supply. With gloves on, I don’t feel texture, only temperature. A few hard-core types still never wear them. Older guys, mostly. One in particular, who has been here more than forty years, works bare-handed in the sludge students leave behind: ketchup poured into soda, sweet-and-sour sauce mixed into milk.

Each tray of refuse gets hand-sorted into the correct recycling and compost bins. Students leave gum on their trays, maybe not understanding that if we miss it, it melts in the machine, hair-thin strands covering everything like spiderwebs. A nightmare to clean. And don’t get me started on coffee grounds: entire loads speckled black and needing to be sent through again. If one of us sends coffee grounds through, we hear about it.

It’s hard working full-time with the cancer. What will the doctors do next? I can’t get another transplant of my own stem cells; that’s a one-off. Someone else’s? I can check with my siblings, I guess. The odds are one in four — not bad. Or maybe some new chemo, gene therapy. There are all kinds of experimental treatments in the pipeline, though patients in trials sometimes die from cytokine storms, like human-shaped infernos. I use all my sick days, then my vacation days, then take leave without pay here and there until they say I can’t do that anymore if I want to keep working here.

The dishwashing crew is a mix of immigrant students, lifers, and younger locals just happy to no longer be working at grocery stores. The immigrants are mostly smart guys from Egypt and India doing part-time shifts while they get their PhDs in electrical engineering, chemistry, computer science. The lifers are mostly white smokers, waiting on their pensions. The younger locals are like me: wayward, happy to manage rent with a bit left over.

The worst part is cleaning up after catered faculty meetings and ceremonies. Deans all want catering. Carts go out to their buildings and languish for days in hallways and storage rooms. It’s not clear whose fault this is. When they come back, it’s muffins and cake and shrimp and soda all swirled together in the bin as if on purpose, fermenting. The stench off these . . .

One morning in September it’s me and a guy from Nigeria. He has a law degree and is finishing an MBA. Nice guy, always rapping under his breath and talking about girls. The dining room is closed for an event, and all the cafeteria tables are stacked up, so there’s not much to do. The boss tells us to go through the tables one by one and chisel off the gum underneath. He gives us butter knives from the cutlery shelf to use. For a minute or two we just stand there, not wanting to chisel gum, but then we get going. The older gum pops right off. Fresh gum takes time. There’s a lot of it: Pink. Gray. Green. Gum pulled into strings. Gum balled up like tiny planets. We devise a system: flip each table together, work from either end toward the middle, then restack it off to the side. Once all the tables have been chiseled, the boss tells us to put them back in place for the next day.

I’m a few weeks out from the abdominal surgery to find out what kind of cancer it is. I still haven’t told my managers. I’ll tell them soon, will have to tell them soon. I figure at least six months of chemo — whichever kind they can still give me — then recovery and remission again. Maybe another stem-cell transplant, maybe not. The transplant scares me. I’ve been reading too much again about grafts being rejected by the host. It might be time to quit and get medical unemployment or see what kind of long-term sick leave I can pull from the union. Once the doctors put that node under a microscope, things will be clearer. Is it the same cancer as before, or something new? Hopefully the same. New is bad with these things. In my case, new would be “large diffuse B-cell lymphoma” — a mutation you don’t want, very bad news. The odds of mutation increase with your number of years in the game. How long has it been now? Ten? Eleven? My percentages are climbing. At least the incisions from past surgeries healed well and look like freckles, though there’s a divot below my belly button I suspect will be there forever. Some swelling in my legs, too, but I can’t do anything about that. Damage to the lymphatic system does not heal.

Some of the young catering guys help us set up the tables, and we work fast, like it’s a competition. Table legs shriek against the wood floor. Joints lock into place. Chair towers are wheeled from storage and spread throughout the room, guys plucking chairs off the top and slamming them into rows.

I’m flipping a table near a big potted fern when something tears in my abdomen. A shearing. Internal. I know that if it hurts now, it’ll hurt more later after the muscles cool down, but there are only a few tables left. I keep going: flip a table, center it, flip another. The tables are red and shiny, and soon the pain dulls until I don’t even think about it, focused only on the table in front of me, and the next, and the next, each one nudged into place with a steel rattle.

At least the dining room has windows. Bright sun. Sky so blue. The last bit of summer. Big hemlocks sway outside on the lawn, surrounded by old concrete residence buildings. A wind makes them shiver. I’m not sure what’s happening inside me, but I’m almost done for the day, almost out the door. It’ll all come clear soon. Each time is easier; each time is harder. Get through it. Rebuild like everyone else does. My rebuilding is different each time, but also the same: Hospital stays. Needle bruises. Blood dripping off my elbow. Nights on the edge of my bed in the darkness. The nausea saying, Go, saying, Transform. And you do transform, though not right then. Only later. Only when you’re not ready.

Caught In The Act