I lived in London for a year thirteen years ago and last night I was there in my dreams, unpacking my bags and unfurling my joy at being in this great city, my excitement rising like steam off the cobbled pavement after a rain, until the sun rose higher and the stones became stones, and, just before waking, I realized it didn’t matter where I was, that life was going to be no less unpredictable and predictably difficult, that I would make my own way or I wouldn’t.

While I lived there, in 1970, my own way led in circles around a typewriter I longed to play like a piano but couldn’t, the music in me muffled behind closed doors, my heart bolted. It was a lonely time. My wife taught all day, unhappily. We had few friends. The grey English sky was a curtain I longed to draw aside.

Now, I have many friends, it seems. Admired, respected, a familiar face in a sunny town, I am everything my 1970 version could have wanted. Why then this discontent with the grain of my friendships? Over it my fingers run, puzzling at the whorls of disappointment and betrayal, the knots.

Perhaps it’s the season, my new wife involved in a custody struggle of gladitorial pitch, the law both shield and spear, the past torn from its moorings as a shared life becomes debris, and the broken pieces of a marriage become weapons, while, at the arena’s edge, old friends choose sides, memories loyal to new loyalties.

Perhaps it’s one of my oldest friends, angry that I’m not more of a friend, because once we wove webs for the same woman and to him, and her, it’s a forgotten cobweb, but she’s my wife now and my spider mind won’t quit, entangling me in memories.

Perhaps it’s another friend who says she’s no longer a friend. I don’t understand her reasons, wonder if the real reason isn’t that I’m a man.

Perhaps it’s the moon, some low tide of the heart. Perhaps I’m just barking at the sky, where my parents’ faces ride, re-creating with friends today the dramas that were the fixed stars of my childhood, the constellations of loss, love taking forever to cross the infinite dark, from the galaxy of their lives to mine: knots in space, whorls of light, so far apart.

Perhaps it’s time to stop pretending that camaraderie is love, or that love, bent by need, isn’t something else, with broken knees.

To call for more than there is, to call down the halls of time for a hand to hold, a face once dear — is that to call for loneliness, yet be startled when it appears?

To cherish someone’s affection for me, or mine for them — is that friendship roping us in, or a hanging noose, for the day affection dims?

Yet, I know the living tree is no hanging tree. I’m here to love; if there’s too much pain, I’m going against the grain. I’m forgetting the Friend in whom all our lives are rooted — these gnarled and tangled lives that wind around each other so strangely, forgetting their source, remembering, forgetting. 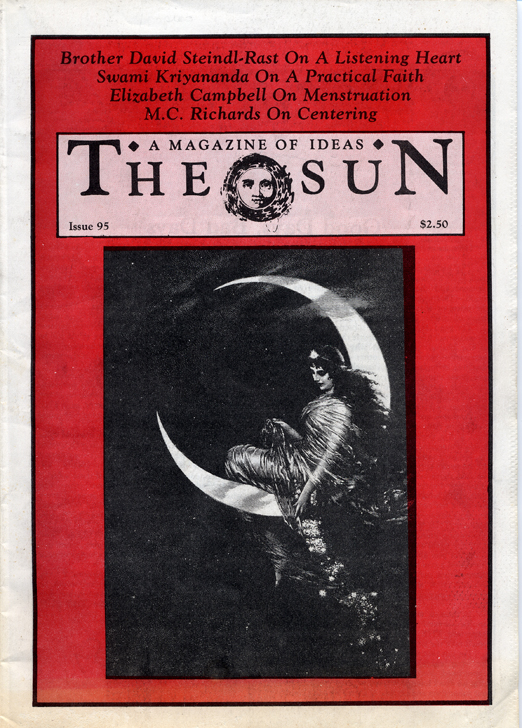 Here Is How Things Are