You cannot have both civilization and truth.

Every revolutionary ends by becoming either an oppressor or a heretic.

A: Have you ever taken a serious political stand on anything?

B: Yes, for twenty-four hours I refused to eat grapes.

Experience, which destroys innocence, also leads one back to it.

We are changing, we have got to change, and we can no more help it than leaves can help going yellow and coming loose in autumn.

Have the courage to live. Anyone can die.

The aim of an artist is not to solve a problem irrefutably, but to make people love life in all its countless, inexhaustible manifestations. If I were told that I could write a novel whereby I might irrefutably establish what seemed to me the correct point of view on all social problems, I would not even devote two hours to such a novel; but if I were to be told that what I should write would be read in about twenty years’ time by those who are now children and that they would laugh and cry over it and love life, I would devote all my own life and all my energies to it.

Paperwork, cleaning the house, answering the phone, keeping patience. To find some meaning in all that happens to us — these things are the works of peace.

Faith and philosophy are air, but events are brass.

That Christianity is identical with democracy is the hardest of gospels; there is nothing that so strikes men with fear as the saying that they are all the sons of God.

The problem is that ego can convert anything to its own use, even spirituality. Ego is constantly attempting to acquire and apply the teachings of spirituality for its own benefit.

My grandfather always said that living is like licking honey off a thorn.

That is at bottom the only courage that is demanded of us: to have courage for the most strange, the most singular, and the most inexplicable that we may encounter. That mankind has in this sense been cowardly has done life endless harm; the experiences that are called “visions,” the whole so-called “spirit-world,” death, all those things that are so closely akin to us, have by daily parrying been so crowded out of life that the senses with which we could have grasped them are atrophied. To say nothing of God.

By daily dying I have come to be.

A discussion between Haldane and a friend began to take a predictable turn. The friend said with a sigh, “It’s no use going on. I know what you will say next, and I know what you will do next.” The distinguished scientist promptly sat down on the floor, turned two back somersaults, and returned to his seat. “There,” he said with a smile. “That’s to prove that you’re not always right.”

The universe was not made in jest but in solemn incomprehensible earnest. By a power that is unfathomably secret, and holy, and fleet. There is nothing to be done about it but ignore it, or see. And then you walk fearlessly, eating what you must, growing wherever you can. . . .

Like a harp burning on an island nobody knows about. 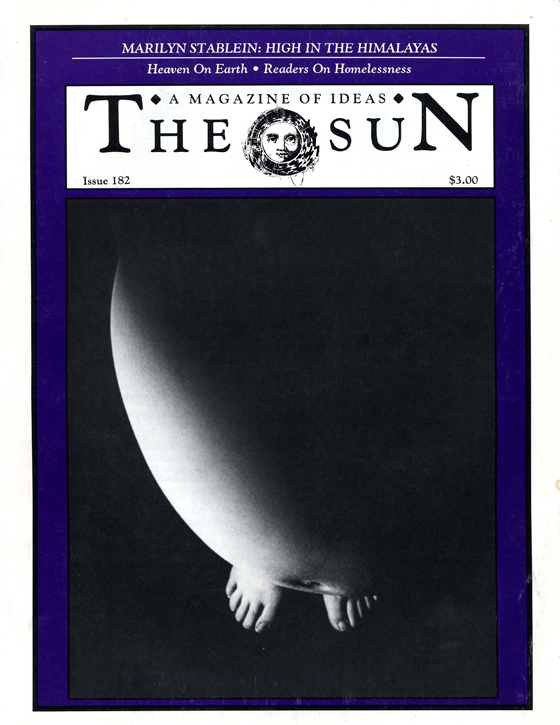 High In The Himalayas