Trying to define yourself is like trying to bite your own teeth.

The fact that we are totally unable to imagine a form of existence without space and time by no means proves that such an existence is itself impossible.

We are always acting on what has just finished happening. It happened at least one-thirtieth of a second ago. We think we’re in the present, but we aren’t. The present we know is only a movie of the past.

Time, when it is left to itself and no definite demands are made on it, cannot be trusted to move at any recognized pace. Usually, it loiters; but just when one has come to count upon its slowness, it may suddenly break into a wild, irrational gallop.

The famous French soldier Marshal Lyautey asked his gardener to plant a row of trees of a certain rare variety in his garden the next morning. The gardener said he would be glad to do so, but he cautioned the marshal that trees of this type take a century to grow to full size. “In that case,” replied Lyautey, “plant them this afternoon.”

Time pulses from the afternoon like blood from a serious wound.

I have always liked the story about Johnny Kerr, the pro basketball player with bad legs who set a record for consecutive games. Clearly, he played in pain. After he had set the record, he was asked how he could play hurt night after night. His answer: “I tell my legs lies.”

There is a type of person in whose mind God is always mixed up with vitamins.

The danger is not lest the soul should doubt whether there is any bread, but lest, by a lie, it should persuade itself that it is not hungry.

I hate it when people pray on the screen. It’s not because I hate praying, but whenever I see an actor fold his hands and look up in the spotlight, I’m lost. There’s only one thing in the movies I hate as much, and that’s sex. You just can’t get in bed or pray to God and convince me on the screen.

Prayer does not use any artificial energy, it doesn’t burn up any fossil fuel, it doesn’t pollute.

If prayers worked, Hitler would have been stopped at the border of Poland by angels with swords of fire.

Life is God’s novel. Let him write it. 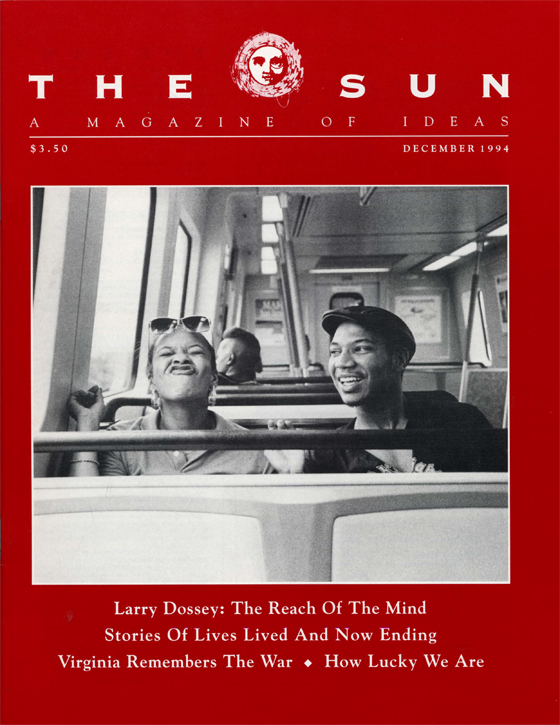 The Reach Of The Mind

An Interview With Larry Dossey