When I Came To Judevine Mountain

In An Age Of Academic Mandarins

My Friend, Red Beard, is getting famous now; now, that is, that he is over seventy. He got invited to Bellagio, to Italy, a villa, servants, the Rockefellers, rich food, stuffy people, this place where you must dress for dinner every night and promenade around with a glass of sherry in your hand and talk to important personages: prestige and contacts, power, influence, who knows what else!

Red Beard actually planned to go. It would be nice: a vacation, people to wait on you, hand and foot, day and night, your every need, a break from the daily drudgery, the routine. Then he realized he’d have to spend his days with all those, as he put it, “shirty internationals,” which is to say sometimes even a master can be distracted momentarily by the distractions of the world, but, because he is a master, he regained his equilibrium, knowing that daily drudgery is the mantra of his life, the wellspring of his poems.

And so it was that Red Beard left his so-called friends baffled, open-mouthed, and consternated, and stayed home, stayed in his little dump on his little hillside in upstate New York, where he could sweep up wallboard dust from the recent remodeling and shovel snow and plan the summer garden and sit at the table in the kitchen all day long and smoke and watch the birds out the window as they come and go to and from the feeder and listen to the voices from within and be alone and once in a while write down a line that maybe sometime, maybe someday, might be a part of some new poem. 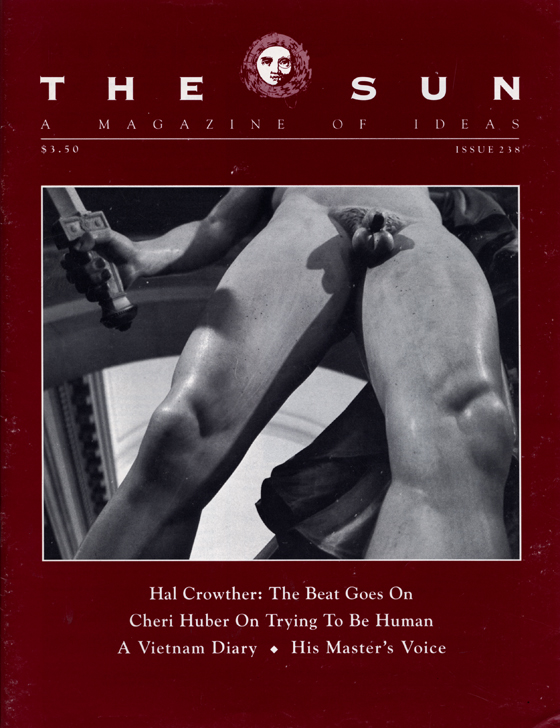 He Said In The Hospital It

The Beat Goes On