Natives who beat drums to drive off evil spirits are objects of scorn to smart Americans who blow horns to break up traffic jams.

It is the virtue and the pathos of man that he aspires endlessly toward a better world; it is his weakness and his tragedy that he does nothing to bring such a world even one step nearer.

When great changes occur in history, when great principles are involved, as a rule the majority are wrong. The minority are usually right.

In America the word revolution is used to sell pantyhose.

What have we achieved in mowing down mountain ranges, harnessing the energy of mighty rivers, or moving whole populations about like chess pieces, if we ourselves remain the same restless, miserable, frustrated creatures we were before? To call such activity progress is utter delusion.

The wild animals love to traverse over packed-down snowmobile tracks, for these machines do just that, pack the snow and do no harm to the growth underneath. Snowmobiles actually make it possible for the animals to move through their habitat just a bit easier.

I’m what you call a teleological existential atheist. I believe there’s an intelligence to the universe with the exception of certain parts of New Jersey.

To be a consumer is the most primitive level of being. It is to be a mouth, an eater, a devourer of things. To discover the truth of who we are, we must discard the consumer mentality and reclaim our spiritual dignity.

Although the connections are not always obvious, personal change is inseparable from social and political change.

Right livelihood is not just a philosophical ideal. It is a practical, achievable reality. Finding and maintaining right livelihood does require regular, consistent action, but the steps are clear and the results immediate.

It is one thing to decry the rat race. . . . That is the good and honorable work of moralists. It is quite another thing to quit the rat race, to drop out, to refuse to run any further — that is the work of the individualist. It is offensive because it is impolite; it makes the rebuke personal; the individualist calls not his or her behavior into question, but mine.

The needle of our conscience is as good a compass as any.

The philosopher Diogenes was sitting on a curbstone, eating bread and lentils for his supper. He was seen by the philosopher Aristippus, who lived comfortably by flattering the king. Said Aristippus, “If you would learn to be subservient to the king, you would not have to live on lentils.” Said Diogenes, “Learn to live on lentils, and you will not have to cultivate the king.”

The struggle to save the global environment is in one way much more difficult than the struggle to vanquish Hitler, for this time the war is with ourselves. We are the enemy, just as we have only ourselves as allies. In a war such as this, then, what is victory and how will we recognize it?

The atom bombs are piling up in the factories, the police are prowling through the cities, the lies are streaming from the loudspeakers, but the earth is still going round the sun. 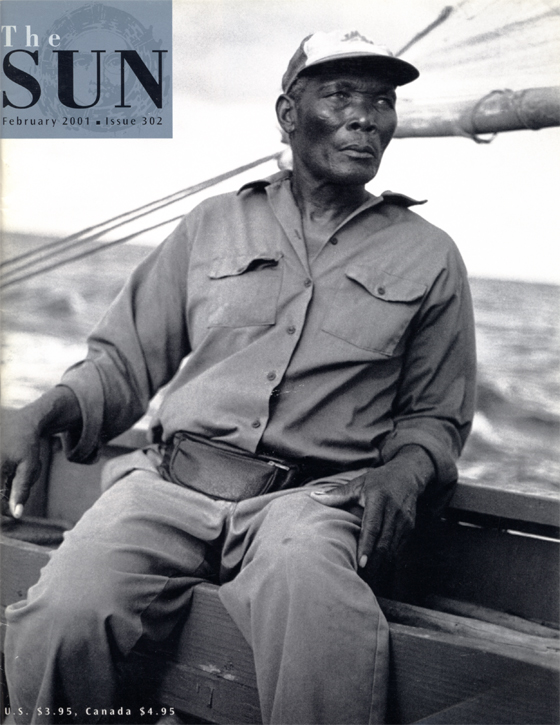 She’s With You Still, Just Listen