The Danville Highway (Highway 86) is one of the prettiest roads around, hugging ridges from which you can see for miles, winding down into overgrown bottoms reminiscent of the mountains. Passing through fields and woods, past abandoned stores and schools and old ladies in bright sun bonnets, about 30 miles north of Hillsborough it slips by Yanceyville, the Caswell County seat.

Caswell used to be part of Orange County. In fact, Orange County used to be so large it took days to get from outlying regions to Hillsborough to transact official business. Over the years the counties of Chatham, Guilford, Caswell, Alamance, and parts of Wake and Durham were peeled from Orange to make it more manageable.

The center of Caswell County was near Leasburg, the county seat until 1791 when Person County was plucked from Caswell’s right flank. Leasburg was left dangling near the county line. Desiring a more centrally-located site for its courthouse, the county hired surveyors to find its geographic center. In 1831 the town they planted there was named Yanceyville.

Yanceyville is a quiet town of 1,300. The tobacco barns give out just before the new high school and junior high; from the schools you can see the courthouse at the center of town.

Before you get downtown you pass a large white building with a great blank facade and an open second-story balcony with Spanish-style arches that looks decidedly out of place in Yanceyville. Amazingly, it’s a garage — Williamson’s Garage.

Walter Williamson, its owner, doesn’t like talking to strangers — it seems to make the tufts of hair sprouting from his ears bristle.

He reluctantly admits to having engineered the sprawling structure. “I just had a picture of it in my head,” is how he explains its strange design.

He retreats into the avalanche of automobile junk in the shadows of the garage’s interior. When the conversation is pursued he becomes suspicious.

“What you after?” he demands. “You must be getting something out of this.”

The old black man’s helper laughs as Williamson says, “If you want to talk to someone, go across the street to Little’s.”

There, just inside the door, Thomas Little sits in a rocking chair smoking cigarettes and looking out the window. Over the gas pumps of his Exxon station he watches the traffic and keeps an eye on his brick house with the clipped poodle in the yard.

Little says that Williamson designed a machine to make masonry blocks, then built himself a building. That was 45 years ago.

“He’s been fixing cars since I can remember,” says the 53-year-old Little. He smiles. “And he still charges 1950’s prices, so he stays busy.”

Little had a heart attack and messed up his knee, so he keeps busy reading the Wall Street Journal and Jet magazine, chatting, working.

“I sit here and sell a little beer, cigarettes, wine, gasoline,” he says. His wife, Helen, recently appointed to the state Board of Transportation, helps run the store.

Thomas Little is a free thinker, as versed in world politics as in county politics, as eager to talk about race as about religion. He laughingly recalls having told a deliveryman bringing milk and orange juice, “If that’s Anita Bryant’s orange juice, I don’t want it in my store.”

“I’m not gay myself,” he allows, “but I think it’s people’s own business how they act. That’s what a democracy is all about. Of course, we’ve never really had one of those in this country.”

Little is equally candid about the powers-that-be in Yanceyville. Speaking of the large brick Hanover Mills across town, where they make synthetics, he observes, “They fought like hell to keep it out of town. Like I told you, they want to keep this county agricultural.”

Caswell County certainly isn’t being overrun with industry, development, or dollars. In a state noted for its low per capita incomes, Caswell incomes rank 88th. And the county’s population (about 20,000) has hardly varied since the Civil War. That, says Thomas Little, is because certain influential families have worked “to keep this county from growing.”

Mary Richmond, a white woman in her 30’s, came back to Caswell County to enjoy that same slow, rural quality belittled by her black neighbor.

According to Richmond, who runs a feed, seed, hardware and everything else store up on the courthouse square, Yanceyville is “a family place.” She reels off the names of stores around town where she and her husband have cousins working; she seems to name every store in Yanceyville.

“You have to watch what you say around here,” she cautions, leaning confidentially across the checkout counter. “You’re liable to be talking about someone’s relative.”

Born and raised in Yanceyville, she and her husband left to live in Greensboro for 12 years before moving back last fall. “It takes a while before people trust you again,” she says. “They think of you as an outsider.”

Customers, all of whom Mary Richmond knows by name, drift into the store from the square that is the heart of the small town. Around it are arrayed the major stores and offices. Two blocks away houses nestle in woods so deep they could be miles out in the country.

And over all, the silver dome of the Caswell County Courthouse rises gracefully against the sky. It’s an old building, built before the Civil War, with a whitewashed exterior, long, arched windows, and a portico like a bonnet in front. It’s one of the most beautiful courthouses in North Carolina. Inside, the floors are made of wood. The basement stairs are worn with age and use. The basement is still raw stone, with dark rooms entered through huge sliding doors. On the second floor the redecorated courtroom, now abandoned for the new courtroom a few blocks away in the modern Caswell County office complex, looks out over the trees and roofs of town. The old courtroom covers almost the length of the courthouse, capturing a sense of majesty with all that space.

Downstairs, by the front entrance, posters announcing a February, 1976 campaign rally for a fellow named Jimmy Carter still hang from the notice board.

The building means a great deal to Yanceyville — beyond its gripping physical presence, the history of the town and county are forever rooted within its walls.

After the Civil War, when Union troops occupied the South and carpetbaggers and Republicans ran the state governments, North Carolina fell upon especially hard times. Profligate spending, corruption, and an honest desire to extend the benefits of government to the people led to increased taxes. Farmers were forced to sell their land or to take out loans against the crops they raised (crop liens).

Meanwhile, besides the political tension between Republicans and Conservatives (former Democrats and Whigs) there was the matter of the freed blacks trying to make their way in Southern society. Many whites were outraged at such changes as black men carrying guns or eating with whites. Then, too, the Union League was established by the Republicans to form the blacks into a potent political bloc. The League held mass rallies, practiced basic military maneuvers. Crop, barn, and house burnings were attributed to the Union League.

Some of the more bigoted whites joined a new organization called the Ku Klux Klan. Moving into North Carolina from Tennessee, the KKK became an arm of the Conservative cause, and found some of its most fertile ground in Caswell County.

As part of its credo, the Klan stated:

a. This Republic was established by White Men.

b. It was established for White Men.

c. Our forefathers never intended that it should fall into the hands of an inferior race.

d. Every effort to wrest from White Men the management of its affairs in order to transfer it to the control of blacks or any other color, or to permit them to share in its control, is an invasion of our sacred constitutional prerogatives and a violation of divinely established laws. Every effort to wrest from the White Men the control of this country must be resisted . . .

The governor of North Carolina, William Holden (the Tricky Dick of his time, changing political colors as the times demanded) became alarmed by the burnings, beatings, and murders going on in Caswell County. He dispatched as his agent, or detective, State Senator John W. Stephens, hoping to sniff out the lawbreakers. (Some say he saw a chance to defeat the Klan and consolidate Republican power.)

Stephens, a Republican, was derisively nicknamed “Chicken” by the Conservative press, based on rumors he’d launched his political career by stealing chickens before the war. There were also persistent rumors that he killed his elderly mother; officially, she was said to have fallen out of bed, broken a chamberpot, and cut her neck on the pot’s jagged edge.

Stephens was disliked in Yanceyville, where he took up residence. He barricaded his house, carried three pistols. He worked to educate blacks — some said he taught reading, others said he taught burning white men’s property. Thomas Little, who, like everyone else in modern Yanceyville, knows the story, says Stephens was “trying to change the social order that’d been going on for hundreds of years.”

On May 21, 1870, the former sheriff of Caswell County beckoned Stephens to follow him from court and led him into a vacant office on the ground floor of the courthouse. There a group of Klansmen were waiting in ambush. They put a rope around Stephens’s neck, slit his throat, stabbed him in the chest, and left him lying dead in the busy courthouse. The murderers were never found, and the true story wasn’t revealed until the last one died in 1935.

Stephens’s murder and a similar incident in Graham convinced Holden to take strong action. Suspending the right of habeas corpus, he got up a band of recruits — called Kirk’s Army after their commander, Colonel Kirk, a Confederate turncoat who’d terrorized the mountains during the Civil War — and had the “insurrectionary” counties of Alamance and Caswell occupied. After months of mass arrests and various other illegal acts, Holden withdrew the troops and the “Kirk-Holden War” ended.

When the Conservatives regained control of the state legislature later in the year Holden wound up being the first American governor impeached and removed from office.

With the Republicans’ power broken the Klan melted away, and Caswell County went back about its business. A marker erected by the state in front of the courthouse forever marks those times.

And today? Thomas Little says the whites fought hard against integration, but now “no one seems to notice.” 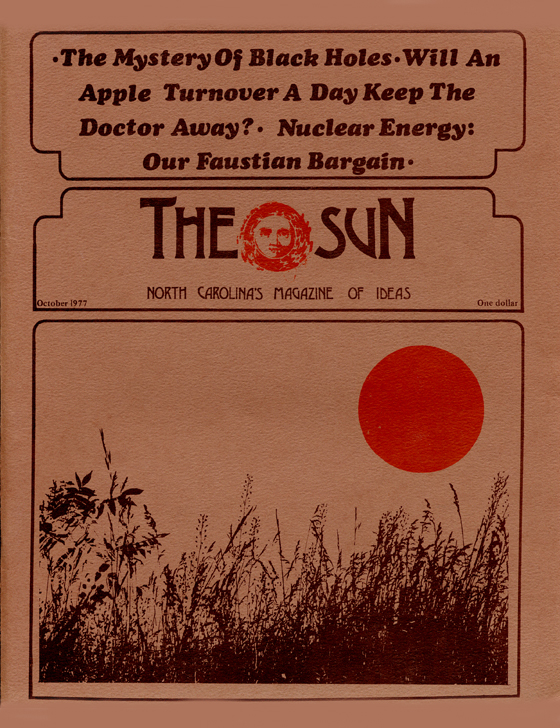