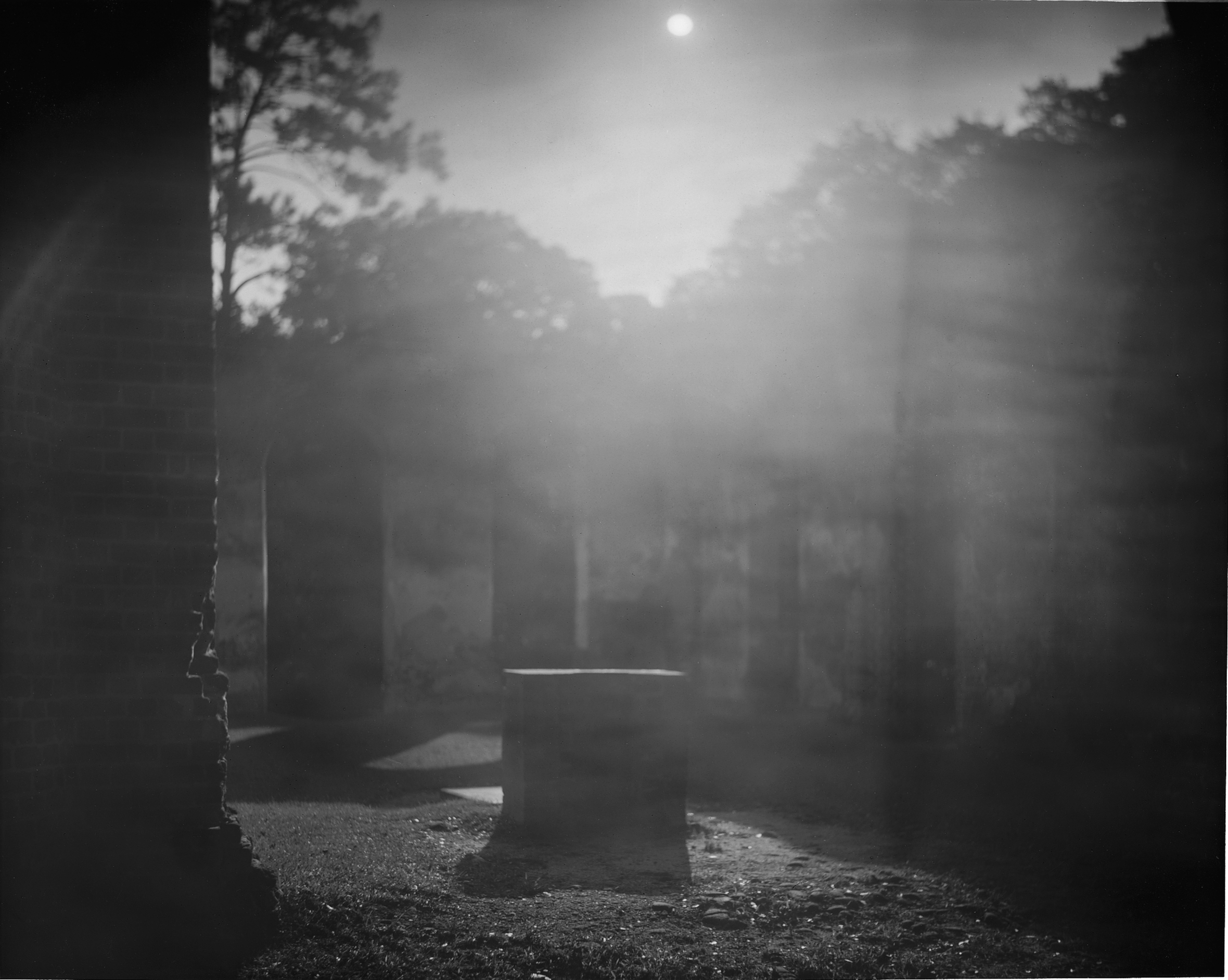 Just inside the gates of Père Lachaise Cemetery in Paris, I saw a ruddy-faced backhoe driver wave merrily to a trio of gravediggers. The men were leaning on their shovels, trying to figure out how to shoehorn another resident into that historic neighborhood of the dead.

I’d decided to go alone to Paris for my forty-fifth birthday. My last landmark birthday had been overshadowed by depression, isolation, and my husband’s slow, uneven recovery from cancer treatment. This one was supposed to be different.

Before leaving, I had vowed I would not go looking for Jim Morrison’s grave. The idea of making such a pilgrimage at my age struck me as vaguely ridiculous. Yet there I was, on my last morning in Paris, wandering mapless in the sprawling necropolis, looking for the tombstone of a singer I had barely thought of in almost thirty years.

There was something incongruous about visiting a cemetery on a sunny day: The early-morning light dappling the headstones. The warm glow of the new spring grass. The smile of the backhoe driver passing by. I have never attended a funeral in the sunshine. January snows blasted my father’s burial. Mourners at my mother’s autumn funeral fought to keep their umbrellas from turning inside out.

On the narrow paths of the Parisian cemetery, I quickly became turned around and found myself back in front of the gravediggers. The youngest — a graceful youth with curly black hair and a face like one of Caravaggio’s angels — called out in French: “Chopin? You are looking for Chopin? I will show you.” He bounded toward me, cheerful, polite, happy to help.

Can’t you see what I’m really here for? I wanted to say. I’m looking for rock-and-roll, not classical. But I was too embarrassed. Apparently my purple raincoat wasn’t flashy enough to offset my short, practical hair and sensible boots. I fell into step beside him.

“Voilà,” he said with a wave of his arm.

The white marble woman atop Chopin’s tombstone appeared lit from within, like old ivory. Bouquets of roses, narcissus, and Asian lilies covered her base. I waited until the gravedigger had disappeared into the forest of stone. Then I took off through the statuary to continue on my real quest.

When I was eleven, Jim Morrison’s rich baritone brought a deeply male presence to our house of women. My father, a balding immigration lawyer who’d waltzed me around our living room and steeped me in an almost mystical Catholicism, had died when I was ten. When the Doors’ single “Hello, I Love You” came out in the summer of 1968, I played it over and over while my mother ran from work to night classes and back home again. Finally our next-door neighbor Marya, who waited tables at night and slept during the day, marched across the yard to complain.

“I don’t want to be a pest,” Marya told my mother, “but if I hear that song one more time, I’m going to go out of my mind. She played that same damn song for two hours straight this afternoon. You know, if her father was alive, she wouldn’t behave this way.”

Their conversation carried down the hall to my bedroom. Even with my door closed, I could hear a soft, beery slur in Marya’s voice. I knew my mother was anxious to get back to her studying.

I waited until I heard the back door close, then went out to the refrigerator and pulled out a can of Royal Crown cola. My mother looked up from a kitchen table covered in law books. She possessed an uncanny ability to study torts while being pummeled by repeated playings of “Hello, I Love You.” She offered me a chair, and I slumped into it. With finals less than a week away, she had zero patience with anything that didn’t have to do with work or school.

“Do me a favor,” she said. “Just play something else for a while.”

I shrugged and pulled the pop-top off the can. My mother sighed and tapped a cigarette on the table. She lit it with my father’s Zippo lighter, one of the few things that hadn’t ended up in a bag headed for Goodwill after he died.

“I’ll make you a deal,” said my mother. “You lay off the Doors’ singles, and I’ll take you to their concert next month.”

On August 3, 1968, my friend Kathy and I spent the entire day sitting on the hot, crowded sidewalk in front of Cleveland Public Auditorium. Tickets were four dollars each, and seating was strictly first come, first served. Every few hours my mother ventured over from the law library three blocks away. Dressed in a white blouse and powder blue culottes, she waded through the teeming mass of teenagers and older hippies to hand us bags of jujubes, cold drinks, and sandwiches, which we shared with those pressed around us. Then suddenly we were inside and running for our seats, legs and elbows flying, my mother in hot pursuit.

Tom Robbins once called the Doors “carnivores in a land of musical vegetarians,” and it was that hunger that drew me to them. I had lost my father and four other people I loved in five years. Those losses gnawed bare the bones of my childhood faith. I needed to believe that someone else knew what it was like to hit the edge of the world, where everything you love falls away, and to keep going.

But the hulking drunk in black leather pants careening about the stage that evening looked nothing like the sleek faun on the poster that covered my closet door. Morrison lurched, he cursed, he fell to the stage. Most of the time he was invisible to me, concealed behind a wall of taller concertgoers and uniformed officers. The only lyric I recognized was “Come on!”

When Morrison launched himself into the crowd, I lunged for the center aisle. The concert was turning into a riot. I dodged between the other bodies that surged toward the stage. Just before I vanished into the crush, my mother grabbed my braids and yanked me back toward our seats. I pretended to be angry. The truth was, I felt relieved.

Three years later, Morrison’s girlfriend found him dead in a Paris bathtub. The newspapers said it was a heart attack. Maybe alcohol and drugs too, maybe not. He was twenty-seven.

My mother had found my father dead in our bathtub. Heart attack. He was fifty-eight. The blood had settled into his back and hips. I glimpsed a stain like spilled claret on his skin before the medics pushed me away and lifted him onto the gurney. Then he was gone.

Following the crisscrossing paths through Père Lachaise Cemetery, I realized that I had lost the trail of Morrison graffiti. The minutes ticked away. My flight would leave at noon. I saw a security guard walking down the path toward me, and I called out to him.

“Ah, le chanteur,” he said, and he pointed. About ten feet away lay a plain bronze plaque above a simple rectangle of gravel. Compared to Chopin’s monument, it seemed small and neglected. I counted four cigarette butts and a wine cork. No flowers, no cards.

The guard and I stood on either side of the grave in silence: a middle-aged white American woman in traveling gear, and a middle-aged black Frenchman in a crisp blue uniform. I tried to remember Morrison’s face, but without an album cover to jog my memory, I could conjure only a nimbus of hair and a scrap of jaw line. It was like trying to remember my father. Sometimes in dreams, I catch a glimpse of his hand, the tilt of his brown fedora, or the edge of his overcoat, but never his face.

As I stood there, my memories of the two men fused until neither fame nor age divided them. They were both just men who had once burned with life and now were gone. I wanted to tell them that I was sorry for everything they had missed. Thinking of my husband back in the States and his ongoing struggle to make peace with his body after radiation treatment, I wanted to thank them for having taught me early on that nothing lasts forever, that if I didn’t live my life now, I might not be around to do it later.

I wanted to explain to the guard, to someone living, the fierce mixture of joy and regret that I felt, but I had run out of French words. All that tumbled out was a mangled fragment along the lines of “Better here than there.”

He nodded. “Je mange,” he said, putting his hand to his mouth to mime eating. “Je danse,” and he cut a couple of samba steps on the grass. “La vie est bonne. N’est ce pas?”