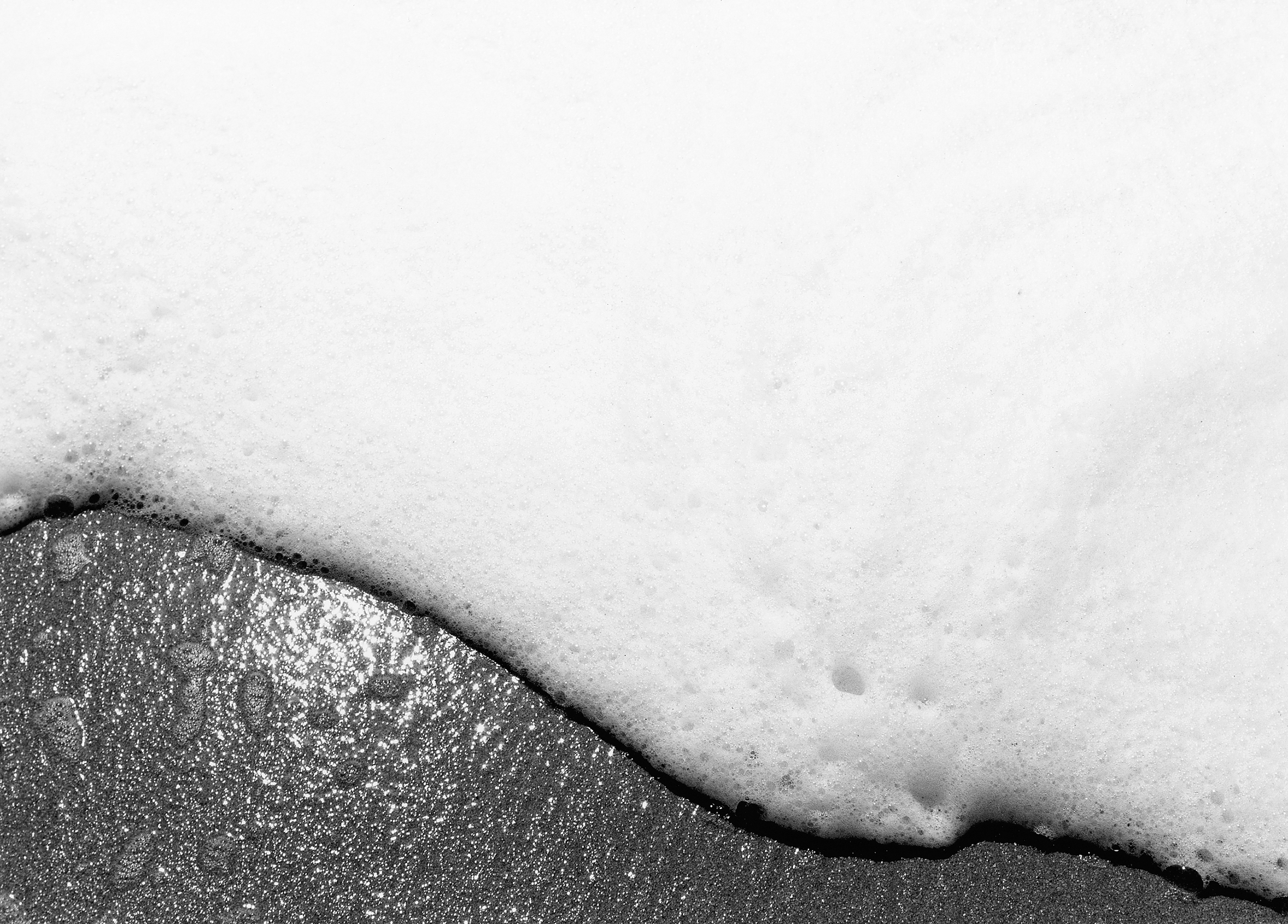 AFTER my father died, an orange-bellied newt crawled in from the garden and roamed around my study until I scooped him up and put him back outside on a moist pile of leaves. A few days later a pair of ravens followed me for miles through a dark Douglas-fir forest: flying from branch to branch, uttering their throaty groks as I walked to outdistance the desolation of being left behind by the parent who’d influenced me most. In open grasslands speckled with spring wildflowers, a cadre of turkey vultures swirled over my path, sailed so close I could hear the wind from their wings.

Several months after the funeral I walked with my friend Renee along a pale finger of sand on Point Reyes Peninsula, north of San Francisco: pant legs rolled up, shoes in hand, following the trail of white foam left by the waves. Tangles of seaweed scented the air, and the sun burned through the veil of fog. From the surf, we heard the plaintive aaah, aaah that a harbor-seal pup makes when separated from his mother; then we saw his small gray shape drifting in the translucent green waves that shoved him repeatedly toward shore. As the pup struggled to stay beyond the breakers, nose barely above the surface, we scanned the water, hoping to see his mother nearby. We pressed hands to our hearts, knowing the pup would be safer on the beach and out of the cold, turbulent sea.

“Where is your mother?” I asked out loud. I’d once worked as a naturalist near a large population of harbor seals and knew something of their speech. I called to him in the low, guttural moan mothers use to keep in contact with their pups, wanting only to reassure him. When he heard me, the pup caught a wave, rode it toward shore, and inched out of the surf, front flippers digging into the fine, wet sand, dragging his thirty pounds up the beach until his chin rested on my bare foot. Renee and I exchanged confounded glances. As I squatted close, the pup began sucking like an infant wanting to nurse, then yawned with a mouth full of tiny, needle teeth. When he rolled to one side, the remnant of an umbilical cord lay across his belly. My face a foot from his, I took in his thick, black-spotted gray fur, his tapered nose and long whiskers, his dark eyes and absolute vulnerability.

A man in swim trunks walked up, shook his head, and exclaimed, “I’ve never seen anything like it before.”

“It’s my animal magnetism,” I told him, laughing nervously.

The pup shifted his eyes with the wariness of a dog who has begun to realize he has done something wrong. As if acknowledging that I wasn’t his mother, or even a good surrogate, he turned and edged back into the surf.

Mother seals often leave their newborn pups on the beach while they hunt for fish. If a pup appears healthy, experts advise leaving it alone for a day or two to see if the mother returns. Still, each spring people find pups on the sand and, assuming they have been abandoned, bring them to marine-mammal rescue centers, where, at best, their odds for survival are fifty-fifty. This pup’s mother would come back for him if she could. I once read that the bond between mother and pup is so strong that mother seals have been seen dragging around a dead pup for three days.

Renee and I walked quickly into the sand dunes, out of sight of the water. My last backward glance found the seal pup floating in the surf like a piece of kelp. He haunted my thoughts the entire way home. That night, curled in bed with a pillow, I sobbed off and on for hours. The pup adrift in a tumbling world had cracked open the grief that I had felt the need to hide.

IMMEDIATELY after my father died, a wealth of sympathy arrived: cards, calls, visits. Friends brought food or took me to lunch or simply sat and listened. But after the funeral, most stopped asking how I was doing. Two weeks later an acquaintance asked if I was “over it yet,” as if it were a head cold and not the loss of the father who had come home from work every evening and sat in our living room reading Shakespeare or Thomas Hardy or William Butler Yeats. Who’d laughed with his whole body at his own wry humor, a sense of humor inherited from his Irish parents and passed on to me. Who’d kept friends for fifty years and taught me by example to value people’s differences. Who’d once picked up my friends and me from a Friday-night dance and, at our pleading, put the top down on his Chevy convertible despite the dense, drizzling fog. Who’d shown me how to sail in his small sloop, flying on canvas wings across San Francisco Bay. Who, in the spirit of experimentation, had once cooked cucumbers with leg of lamb. Who’d nurtured seeds in the garden, where he’d grown Swiss chard and roses.

My only parent after my mother had died when I was sixteen, my father could be impatient and critical and hadn’t been an especially skilled parent, emotionally hobbled as he was by difficult times: years in the Jesuit seminary, the Great Depression, active duty in the South Pacific during World War II. All before I arrived in the exact middle of his life. Still, he brought to the undertaking an inherent kindness and dedication. A few months short of his eightieth birthday, he went to work on Friday, pruned roses on Saturday, and slipped from this world in his sleep on Sunday.

My father had called me a few months before his death to ask me to look out for my disabled brother after he no longer could.

I could hear the weariness in his voice. “I know,” I’d answered sadly.

His hips had started to hurt, and he’d been diagnosed with diabetes and told to alter his eating habits. He disliked going to doctors, having been essentially healthy all his life. Given his fiercely independent nature, he would have made a miserable invalid. His weathered face had begun to wear a hunted look. Though he avoided obvious displays of affection, I had begun saying, “Love you, Dad,” at the end of our phone conversations. On the morning he died, I’d felt compelled to write him a letter. Perhaps somehow I’d already known.

STILL I was utterly stunned. Plagued by sleeplessness and a heavy sadness, I understood why in some cultures the grieving wear black and remain sheltered from the world for a year. Helpless to explain or contend with the intensity of my feelings, I pushed them below the surface so I could function in a culture so separated from the natural world that it has largely disowned death.

Any excursion into nature will show death to be an inevitable part of life: wind-felled trees fertilize a forest; a dragonfly snags a moth in midair; the bodies of spawned-out salmon fill a creek; a pine marten races across a mountain meadow with a squirrel in his jaws. Yet we seem to believe that by confining death to hospitals and funeral homes, we can somehow escape it. We react to grieving with collective foot-shuffling and sidelong glances toward the door. Our society asks us to rush through grief the way we do everything else. When someone refrains from showing emotion after suffering a loss, we praise her, saying, “She is handling it really well.”

Upon losing my father, I became, at age forty, a member of the elder generation and assumed the role with a stoicism learned from my dad. But under that veneer I was not handling it well at all. The encounter with the seal pup had startled me out of my numbness and breached a growing sense of isolation. That night in bed, after the tears stopped, I realized that I could either deny the pain, closing off a part of myself, or plunge into the raw vulnerability of grief and emerge more openhearted and receptive to the world.

In the morning I went back to the beach and walked its five-mile length, searching the water, but found no sign of the pup. On the winding road home I wondered if these visitations from newt, raven, vulture, and seal had been Nature’s attempt to offer solace, to let me know that we are never really alone, that invisible threads link us in ways beyond our ability to imagine. The strange encounters with wild creatures stopped after that. I had gotten the message, and the universe no longer needed to make house calls.

In her essay “Adrift” [March 2006], Suzanne Murray eloquently expressed the numbness, isolation, and grief I felt after my own father’s death. Amidst the compassionate outpouring of sympathy from close friends and family, I sensed a subtle but increasing pressure to “get over it.” Her essay not only confirms the fact that each person’s grief is unique, but also speaks to how the natural world has a power to heal that goes beyond societal comforts and becomes almost miraculous.

Suzanne Murray’s essay “Adrift” [March 2006] touched something deep inside me. After I read it, I cried silently as I rode the train on a sunny spring morning.

I agree that our culture tries to hide from grief. I lost my own dad to cancer when I was eight and don’t have many memories of him. The father Murray describes, who laughed, who experimented, who taught, whose spirit was evident even behind the stern veneer — I’ve never known my own father that way.

Matt Crichton Boston, Massachusetts
More Letters
Thank You Your donations helped to keep our ad-free, nonprofit magazine in circulation last year, funding everything from production to distribution. Learn how you made a difference last year. Learn More 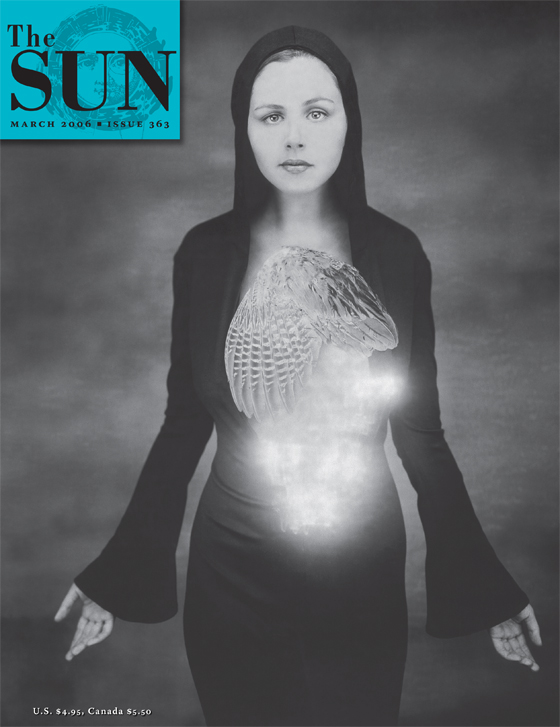 My Father, Who Art In Heaven