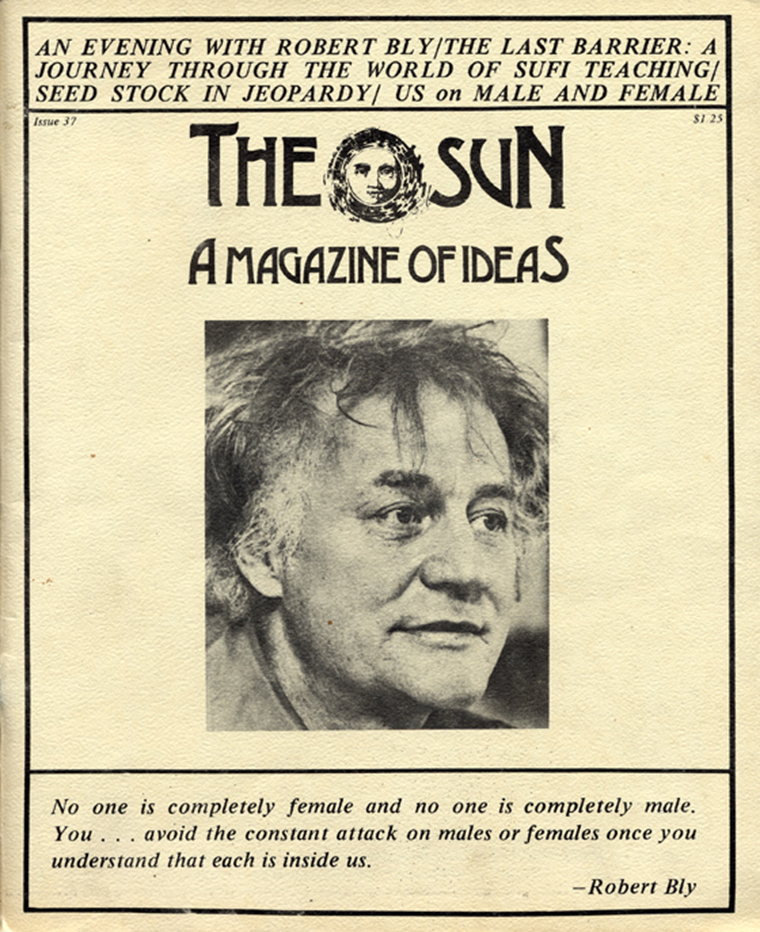 When I fell in love a few years ago a disastrous event, since the man did not return the feelings — I searched for psychological theories of love which might help me understand my predicament. It was then that I discovered C. G. Jung’s theories on the animus (the man in every woman) and anima (the woman in every man). To this day I feel that this interpretation is a rather sexist one — why are strength, assertiveness, and rationality considered “male” qualities even when found in women? Nevertheless, Jung’s theories did offer an explanation of why we fall in love “at first sight”. Because we are essentially forbidden to express characteristics of the “opposite sex” (assuming you accept such sexist definitions of masculinity and femininity) we segregate these qualities from the rest of our soul and project them on the first pretty (or handsome) face we see. We then embark on a desperate struggle to possess the loved one, and is this not understandable? For it is a part of our own soul, without which we cannot live, that we see in the desired person.

Does THE SUN have a future? The question is not rhetorical. THE SUN may not have a future. That’s something I don’t like to contemplate, but no one likes to think about the death of someone, or something, he loves.“Everything put together sooner or later falls apart,” Paul Simon sang, after splitting up first, with Garfunkel, then with his wife. At thirty three, I no longer believe that just because something is important to me, it’s going to endure. You, or I, may not want THE SUN to fold; that doesn’t mean it won’t.

We have to be utterly broken before we can realize that it is impossible to better the truth. It is the truth that we deny which so tenderly and forgivingly picks up the fragments and puts them together again.

The sixties seem to have been a disaster period as far as relationships between men and women go, though one thing did come forward. Women began to feel much more confidence in their own energies. I think women realized that their consciousness had not produced the war, and so they became more confident, and I think their confidence in female energy helped many males — I was one of them — to feel more confidence in my own feminine side.

An Evening With Robert Bly

When I got out of college, I decided against going to graduate school. I already knew enough literary references. I was also shallow enough. There’s a difference between talking all the time, happily, and trying to live. There’s a difference. Living was beyond me. But being alone was possible. So I went and lived alone in a little room in New York for about three years. That was wonderful for me. I had nowhere to go. I had no money. The only thing I could do was to be alone.

A Journey Through The World Of Sufi Teaching

Hamid instructed me to sit under an olive tree, beside an ancient dry river bed that led down to the sea. It had been hot all day, and we had spent the early morning sitting together on the patio before going down to the beach. Now the afternoon breeze had come up, rustling the dry leaves, moving the brown dust in little spirals around my feet. The cicadas sang, a continuous whirr that made me think of the hills above Ephesus. I could sense where the sea washed up into the cove by the bend in the river bed. That was where she would be now, lying out in the sun with the others. Hamid and I had walked here from the beach to spend our last time alone together before my return to London. We had spoken little, content with the dry lazy sounds of the afternoon. Finally he turned to me.

I don’t really know what a poet is. I like these definitions as well as any. I have a lot of convictions, though, about being a poet, which may or may not be similar to those of other poets, or of people who see us as a class — a group with a rather esoteric occupation, the fruits of which can be hard to get at or into.

Our Seed Stock Is In Jeopardy, But Do The Seed Companies Care?

In today’s agriculture, plants are not allowed to mutate. Instead each year they are grown from newly purchased, high yielding seeds. Indeed, the average “life” of hybrid Mexican corn — until a new pestilence finds its genetic weakness — is only four years. The mutation of diseases cannot be stopped. And genetic engineers in some regions are finding themselves in a quickening race with famine, a race their hybrids are not likely to have strength enough to finish.

I don’t own a single book of poetry, and never really got over a childhood association between “poetry” and the rhyming jumprope chants we used to sing (Charlie Chaplin went to France, to teach the ladies, the Hootchie-Kootchie Dance), so it was a small miracle that I heard Robert Bly when he was in Chapel Hill.

Whether Blind Or Seeing

When I was still young I experienced a look which opened deeply, darkly, vitally inward: I knew then that infinite reality does not work only by extension outward, but, also, inward. More by the quality of the experience than by any logic of afterthought I knew also that it was through the infinite inwards that you and I are connected and partake of one reality that our connectedness works as well through our vital unfolding centres as by external encounters and touching and effects. In other words, we are made kin as much by vibrations as we are by incidents and by overt overlapping of lives.

By Will Inman
Essays, Memoirs, and True Stories

That Little Guy In The Corner Needs A Drink

In Wilfred Sheed’s sixth novel, People Will Always Be Kind, is a disarming sentence: “If you are the least bit observant, you will have noticed by now that I am not.” The narrator is speaking for himself at that point, but he might well have been speaking for the novelist. He is right. Sheed’s novels as one reads them seem to be rendering a complete world: it is striking, leafing back through, to notice how little detail from the outside world there actually is. The vision he presents is complete. but it is the complete and idiosyncratic world that exists inside a man's skull. One moves through his narratives on the heels of a slick, sardonic sensibility, typically modern, that intellectualizes, verbalizes. everything, until it exists at one remove, mocking, ironic, more observing life than experiencing it. Though the situations and characters change, one finds the same sensibility in all the novels, and also in Sheed‘s remarkable essays, and reviews (some of which have been collected in a volume, entitled The Morning After). He is as accomplished a critic as he is a novelist, somehow managing to be aloof and urbane without being so at the expense of the artist. A sharp, difficult reviewer, he knows how to praise. His novels are often wildly funny, with a kind of humor that is even more striking on a second reading, once it has had time to sink in. He is not the life of the party, but the enormously; funny little man off in the corner whom only a few people know about. Admirers of Sheed — among whom I count myself — are perhaps first attracted by that witty idiosyncratic voice.

He is a poet of immediacy, of the nearness of all things to us in the inner and outer worlds, and of those things we bury, by our blindness, in the rich compost of our lives. When I experience a Bly poem, I enter the miraculous energy of life and the awesome closeness and beauty of death.

You’ve probably never heard of Bartlett Snipes Durham, the doctor who gave his land and name to a small waystation on the North Carolina Railroad in eastern Orange County. And chances are you never would have heard of him or the town if Joe Johnston hadn’t stopped by.

“About six years ago, while on my way to Las Vegas, I heard a strange voice on the car radio. ‘Stop right here and follow me,’ it said. I noticed my dial was set to no particular station. The voice declared itself the Lord, and commanded me to drive eight miles into the desert to a certain Joshua tree. Not wanting to ruin my shiny Cadillac, l was reluctant. ‘I hate to doubt,’ I said, ‘but if you ARE God, can I have a sign? Could you make that cloud disappear?’ A second later it was gone. I concentrated upon another and it, too, was gone.”

Untitled: I talk to my inner lover

A Poem About Time

Every Man In The Crowd

April 2021 In this issue
Browse by Year